The Long awaited Europe  tour by Cameroon’s hottest female act at the moment Daphne is finally here. The Popular singer signed to Stevens Music Ent, announced via social media that she will be on a Europe tour from the the 13th of october to the 2nd of December 2017. Her tour begins in paris france and ends in Switzerland. Daphne who has had a fantastic Career year with songs like Calee, Promets Moi and Jusqua a la gare to her music catalog, keeps breaking boundaries with her music and her amazing voice. Are you a Daphne fan & live in Europe? Watch out for the flyer below, the Queen might just be in a city near you. 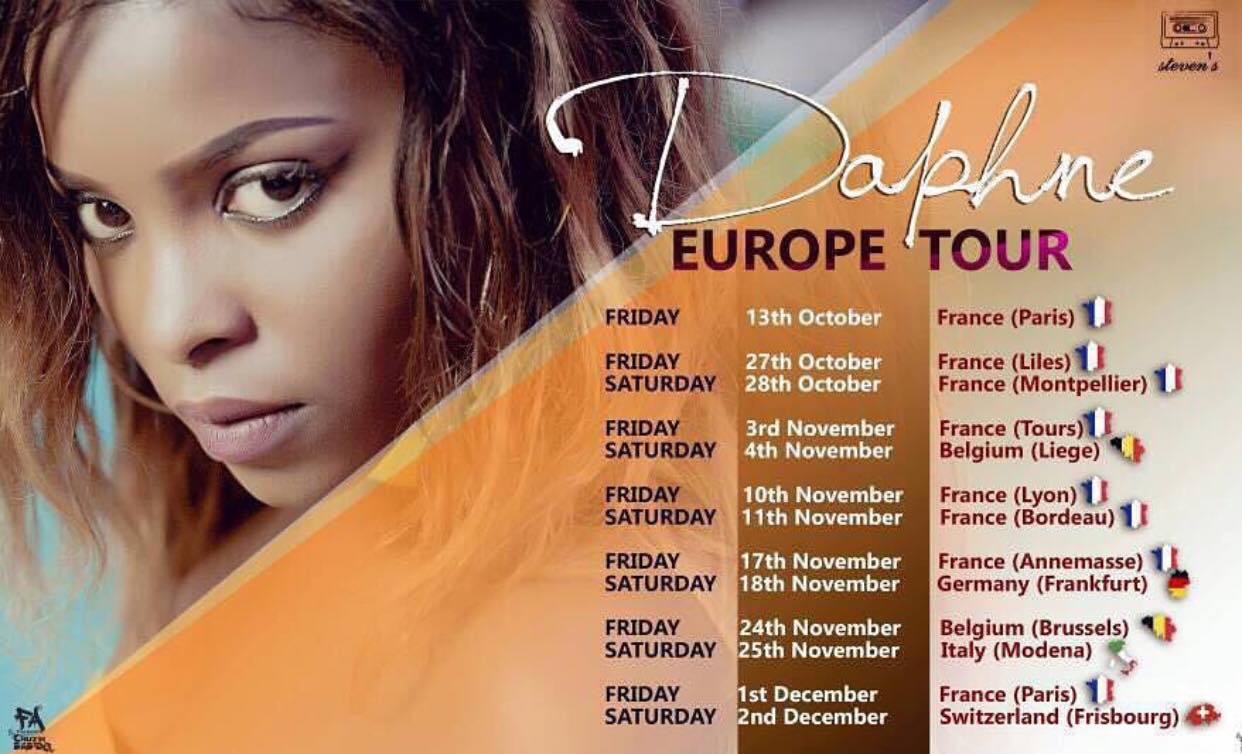