US based Cameroonian Afro-RnB artiste; Eddy Bee releases his debut album ‘The Eddy Bee Show.’
The Eddy Bee Show is a 12 track album which highlights Eddy Bee’s musical prowess in a way we have never seen before. He worked with three phenomenal music producers on the album; Willbeatz, Demsa and Method J. Willbeatz produced five songs on the album, Demsa produced five and  Method J produced one. Four other phenomenal Cameroonian artistes were featured on the album; Magasco, Riflex, Naomi Achu and Tirajai. When asked what makes this album different from others in the market, he replied:
“The Eddy Bee Show is a summary of my artistic style and current growth as a composer. Each track was carefully created with my fans on my mind. I paid alot of attention to the production and vocal quality. I gave it my best! I am curious and eager to get the world’s reaction to this project.” Meanwhile, Eddy Bee gives the world a teaser to wet their throats! A free download of one of the hits in the album, ‘Shake’ is available for free download below: The Eddy Bee Show is now available on all streaming platforms, to stream and enjoy, visit eddybeemusic.com
Keep up with Eddy Bee on Social Media:
Facebook: @eddybeeofficial
Twitter: @eddybeeofficial
Instagram: @eddybeeofficial
Website: eddybeemusic.com
Email: eddybeemusic@gmail.com 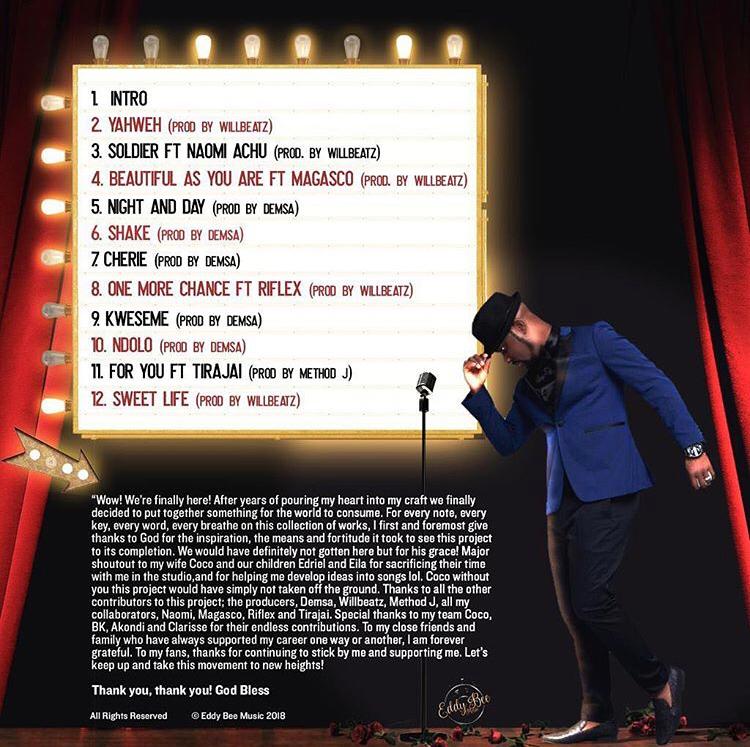