Emma-Hans of H-Square Comedy, winner of the first Let Them Laugh Comedy Challenge, has been rewarded one hundred thousand francs CFA, Thursday September 19, 2019.

The event which took place at the conference room of the South West Regional Delegation for Arts and Culture was presided at by Mr. Lita Roger, representing the regional delegate.
With a positive feeling towards the concept, Mr. Lita affirmed “It is a laudable initiative to organize a competition for comedy and that is what the state is waiting from cultural promoters”.
He went further to emphasize that “we should not expect everything from the state. We should take initiatives to encourage creativity. The ministry of Arts and Culture is in support of this”.
Traveling from Bamenda to receive his reward in Buea, Emma-Hans noted the contest was “Really a challenge when we first saw the flyers. We thought since we are just starting, there are people who will be better than us but we took up the courage to submit our comedy”.
Reminiscing how the winning video concept came about, the representative of H-Square Comedy said “It was one of the days when activities were not going on in town and we were very idle. So I came up with the idea of creating this comedy skit that ended up winning”.
The Let Them Laugh Comedy Challenge had over seventy entries with twelve finalists selected on the basis of originality, morality, quality and humour. As far as these videos were considered, comedian and concept developer Calvino Wallang revealed “the winners were really creative because they were original and Cameroonian. Though we had some Nigerian slants in some other videos. But basically their concepts were original”
Also present at the occasion and representing the Association of English Speaking Comedians(CAMCOMICS) was Derrick Ndakwe, renowned as Spaco. He emphasized their uniqueness, saying “CAMCOMICS get the strongest force of unity wey I know fo inside this country. When you see one CAMCOMICS member, you must see another one. We nodi move in one. We di move like ants, like manawa”.
Five other rewards worth seventy five thousand francs CFA to twenty five thousand francs CFA were also on board for a total of six winners. To the laureates, Spaco advised “make them no take’am go shidon. If they take the money fo work hard, go back into the streets and do what we call practical – meet the people and make them happy, then we go be okay.”
The Let Them Laugh Comedy Club is bracing up for a grand show in Souza, Moungo Division of the Littoral Region in Cameroon, come November 29, 2019. 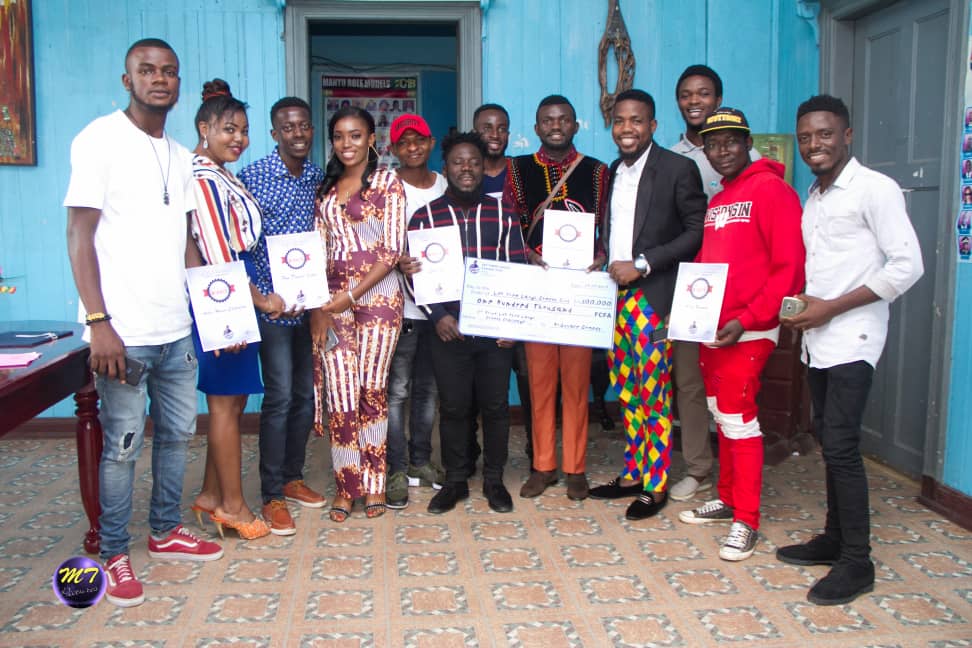 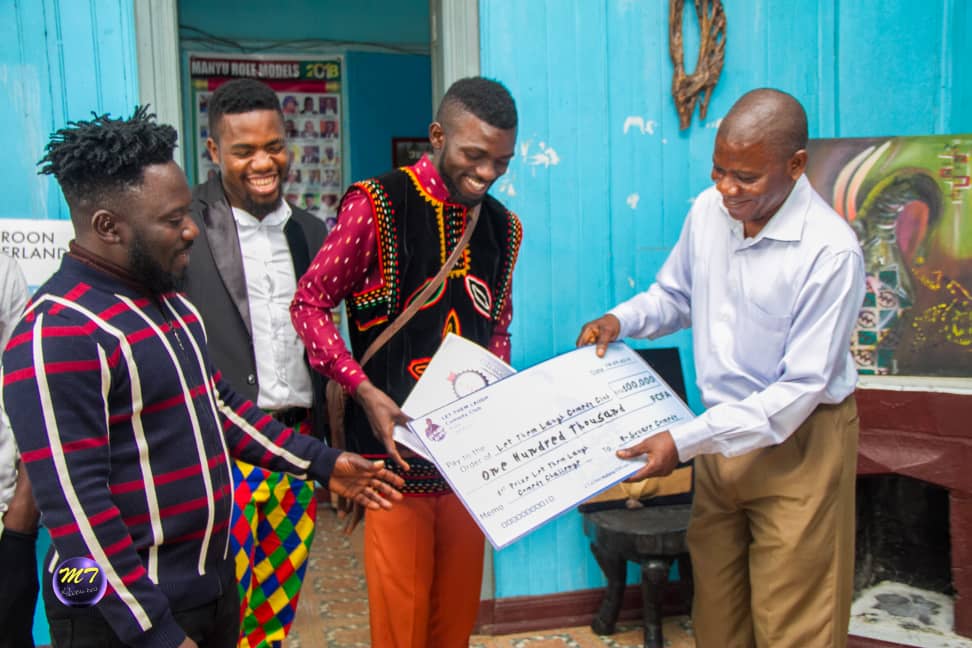