Cameroonian super star LOCKO has released his 7 Track EP titled “LOCKED UP “ on all streaming platforms online.  The Talented singer Signed to Universal Music Africa had promised his fans via his Facebook verified page that he will be announcing a big surprise for them, only to put up the official track list of the EP days later. LOCKED UP features Cameroonian vocal goddess Charlotte Dipanda on the 7th track titled Murder & Congolese super star Gaz Mawette on the 6th Track “OH Mama”. 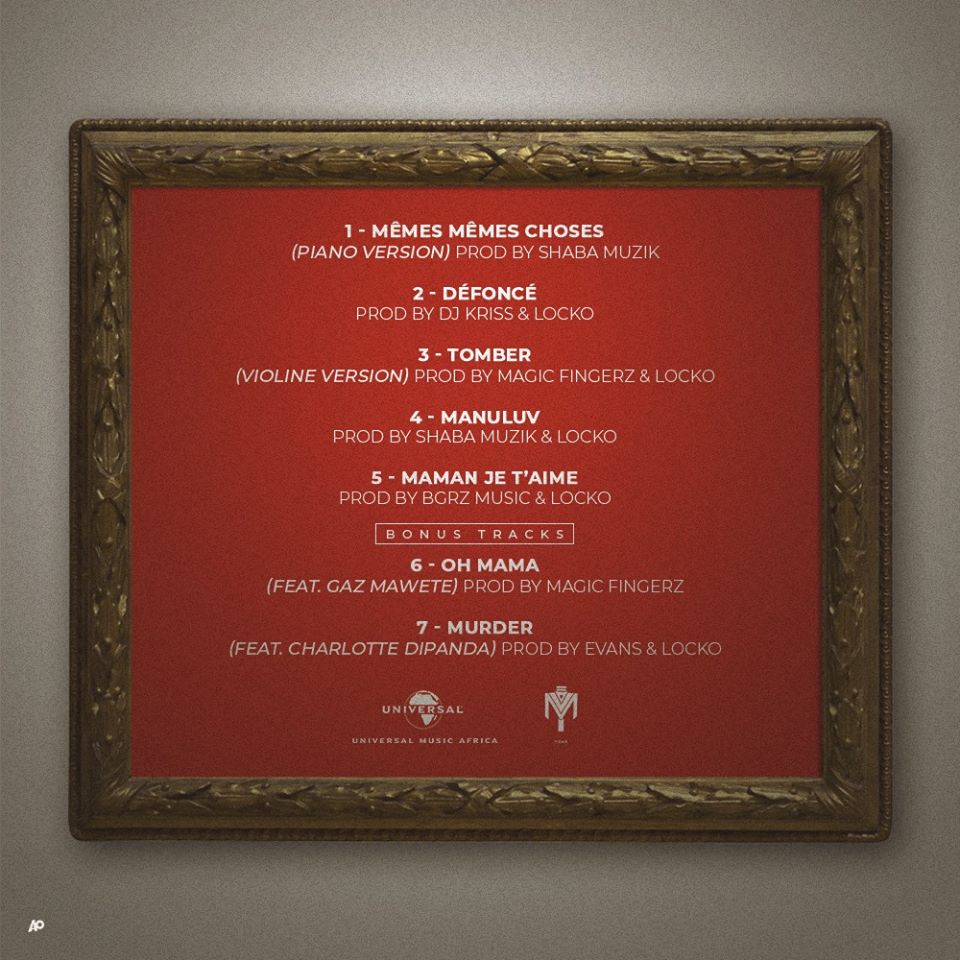 Some songs off the LOCKED UP EP were already released such as hit single Meme  Meme Chose , Defonce, Tomber & Recently released ManuLuv which pays tribute to the Cameroonian music legend Manu Dibango who passed away due to Covid-19 Illness. Producers SHABA MUZIK, Magic Fingerz, Evans, Dj Kriss were all part of the project. Enjoy Oh Mama Below.