Lo’r Drops Her First Freestyle As An Independent Artiste

Former New Bell Music now independent artiste L’or finally makes the fans get a feel of her potentials and versatility. The female singer, rapper who only featured in Pascal’s Manka’a and Tata Paul’s ICI videos sets the bar high as she spits bars like a furious dragon in her Method J produced freestyle directed by Tatapong Beyala.

It is unarguable that New Bell Music artistes work only within themselves from production to videos. L’ors case looks different as she seems to have created her own YouTube channel and is starting her solo career. 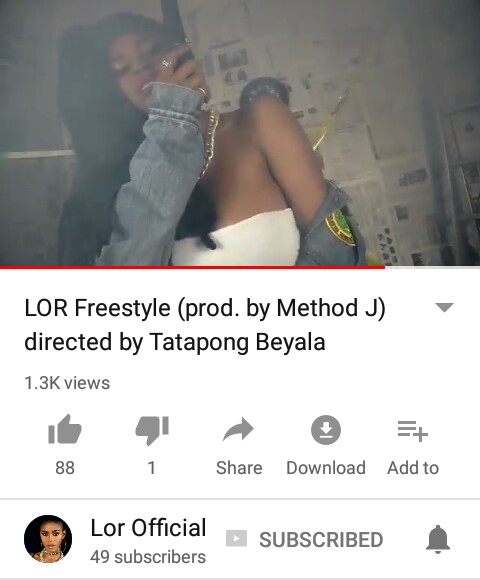 Also, her freestyle was produced by an outsider and we all know Tatapong Beyala is not a New Bell Music director. So!

That said, Listen and watch her brand new freestyle and don’t forget to subscribe to her page. Why enjoying her fascinating bars, please share.