Cameroon’s Hip Hop Star and Multi Award winning Super star Stanley Enow just had a BIG WIN  Just a few days ahead of his highly anticipated Stanley Vs Enow Mega concert slated to take place in Douala Cameroon on the 11th of February. Based on information from a close source, the Motherland Empire Rapper just signed a Multi Million XFA Deal with Samsung Cameroon.  Samsung which is a top international Conglomerate which is known worldwide for their quality in the electronics industry, in recent years the Mega South Korean brand has been working hard and making moves to establish it’s foundation in AFRICA, Cameroon happens to be one of it’s hot spots to establish. Samsung Cameroon decided Cameroonian singer Stanley Enow, will be the right candidate to help promote and expand their brand expansion in Cameroon. Isn’t this a big win for the Rapper and the music industry ? Join us to congratulate the Motherland Empire Rapper, below are some pictures from the signing. 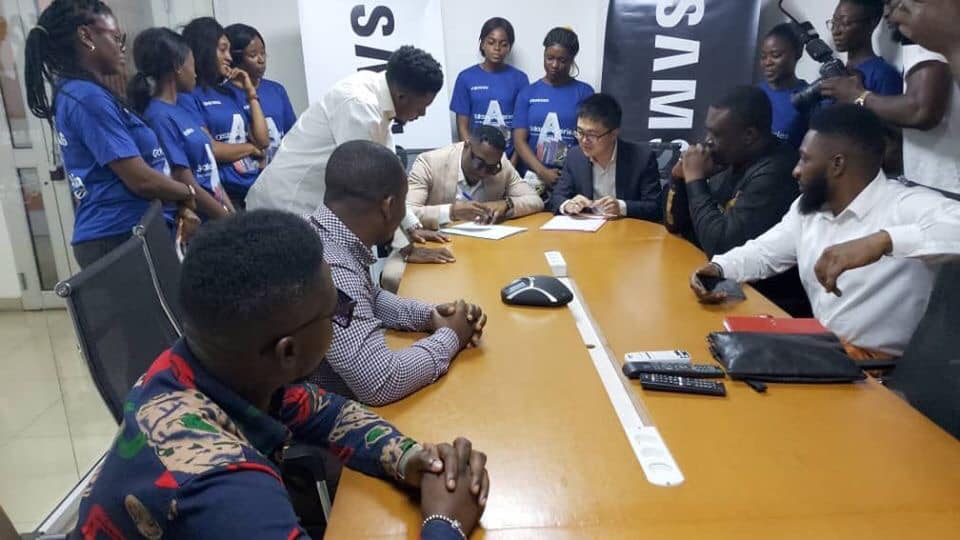