After his graceful exit from Franco Records, Vreezy Ville launched his own record label; Sankpata Music Group, with him as the label’s first recording artist.

After a short hiatus from the music scene, he decided to give his fans a double for their patience by releasing two new singles on the same day titled ‘Sankpata‘ and ‘Banku.’

Sankpata is a word coined by Vreezy Ville, which means ‘positive energy or confirm(in pidgin).’
The song was produced by the Hitmaker; Akwandor. It is an uptempo afrobeat Song in which Vreezy Ville serenades his lover and expresses appreciation for how she makes him feel. He also honors his colleagues; Locko, Mr Leo, and Kezzy(One half of Rythmz) by using their tag lines in the song. You would love it! Click below to watch the lyric video and sing along: 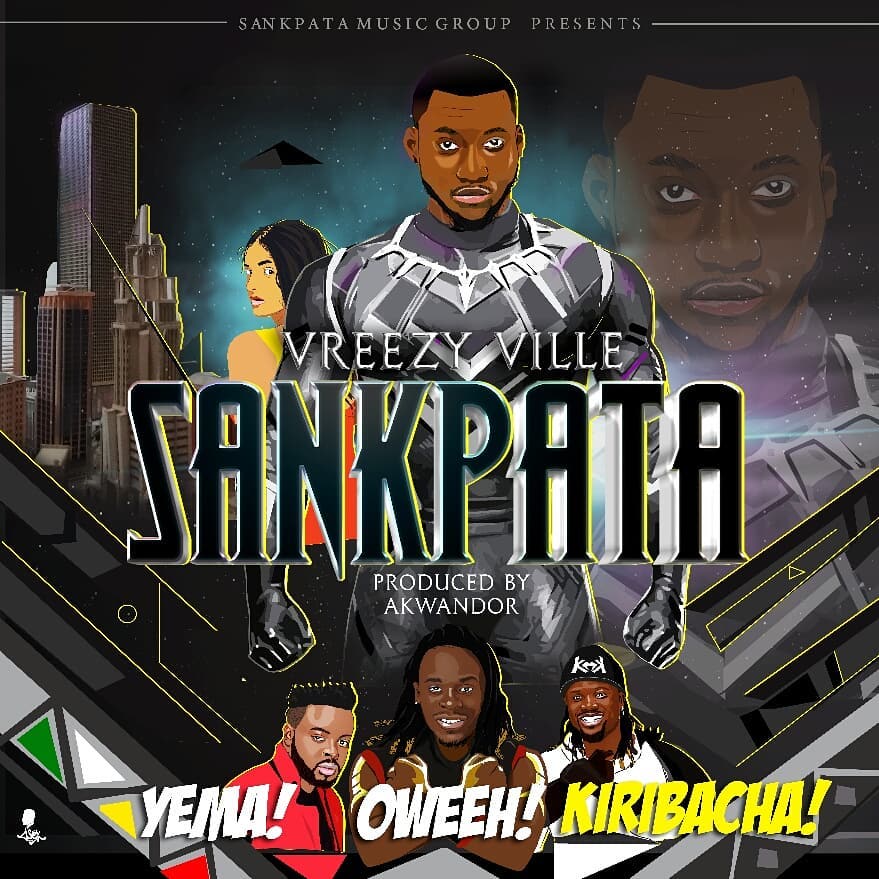 The other single, Banku, is a midtempo afropop track which was produced by DP Beatz. Banku is the name of a traditional Ghanaian food. In the song, Vreezy Ville, is apologising to his lover and pleading with her to stay with him despite all the hurt he put her through because he still loves her. This song will make it to the top of your playlist in no time. Click below to watch lyric video and sing along: