AFRIMA’s Credibility at risk, after fans riot over voting brouhaha requesting them to pay

For the Newbies, Afrima  which stands for All Africa music awards is an african award which rewards artists all over the african continent for their outstanding achievement yearly. The 5th edition of the award show has received heavy backlash from Cameroonian fans , who are seeing the process of voting being exploited for money reasons.Afrima is currently  under hot fire from cameroonian music fans who discovered that the award is requesting fans to pay  to vote after exhausting 35 votes. Did they just dump their credibility from the past editions into the bin? Afrima has had it hot from the cameroonian music fans a couple of times in the past after Montess’ controversial win, at last years win and now this voting issue might just be another issue that will make cameroonian music critiques to mark an x on their name.

Why should fans pay?  fans grumbled after seeing the pop up message, this alone has made many concerned and engaged fans to question the credibility of the award show. Technically speaking if a fan can pay to vote, then a rich artist can equally just buy his  Category with money to win. Do you think this move is wise at all from this award show, who’s 5th edition got plenty nominations from Cameroon?  See screenshots below and leave a comment behind. 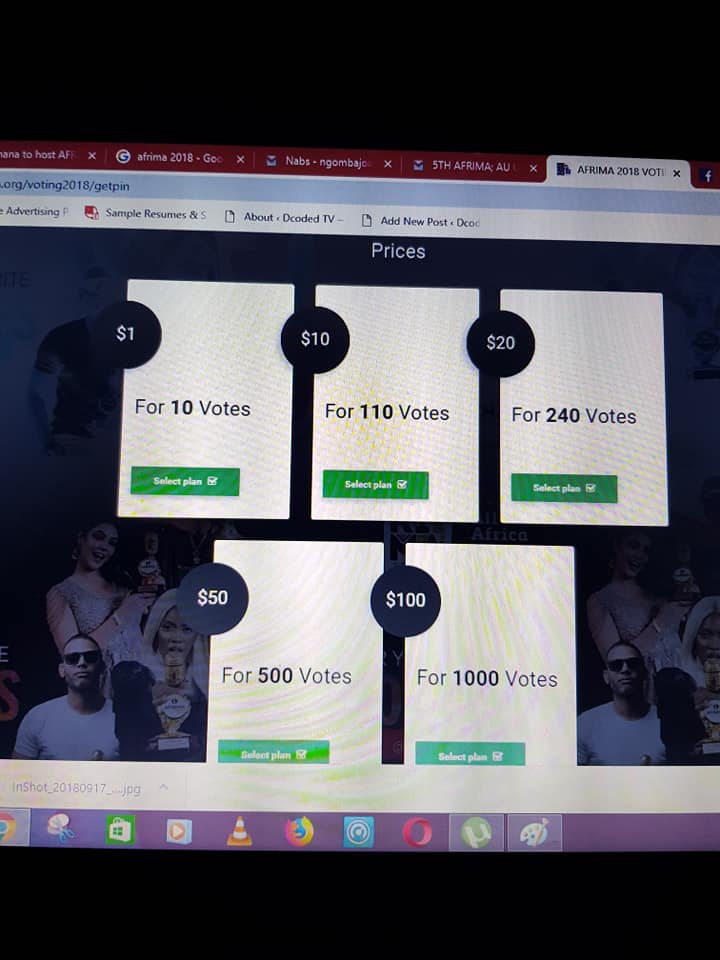 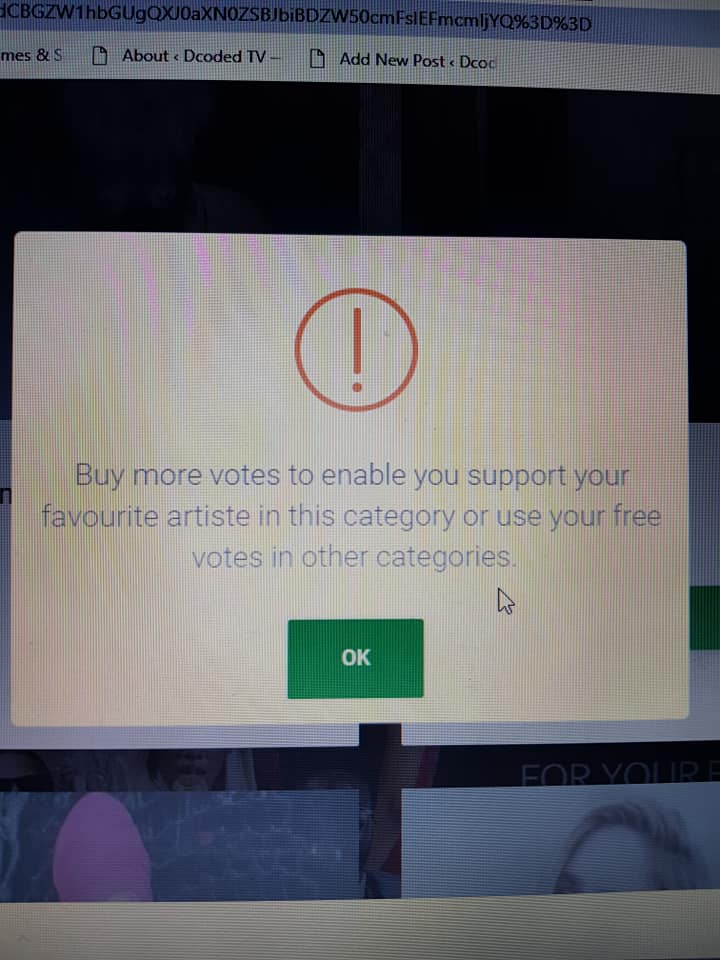