First and foremost, we want to use this opportunity to thank God Almighty for his unending grace and protection over our Alpha Better Records team of musicians and a dancer who on returning back to capital of the Southwest Region Buea were involved in an accident which its only God who knows how they survived. According to their PR, the van was hit by a truck from the back which forced it to lose control and somersaulted 3 times crushing it to a very bad state. Fortunately, there were no casualties and every member has been receiving medical check up for any injuries be it internally.

This information is gotten from the press release which was released few minutes ago on Alpha Better Records boss Salatiel’s official Facebook page. See screenshot of press release and photos of the van below. 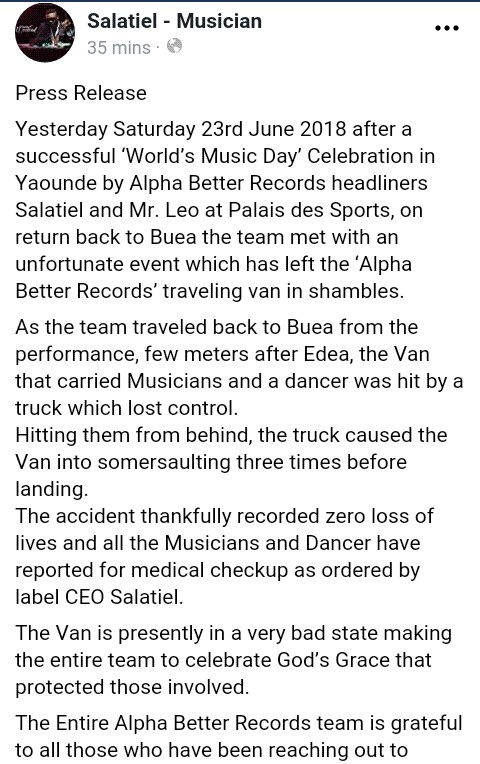 See photos of what the van looks like after the accident. 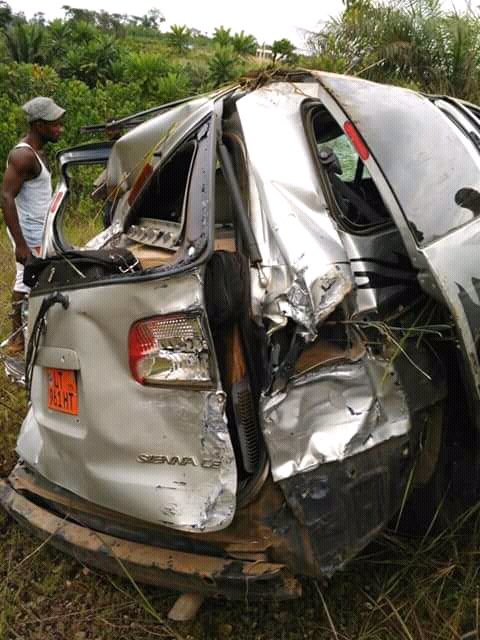 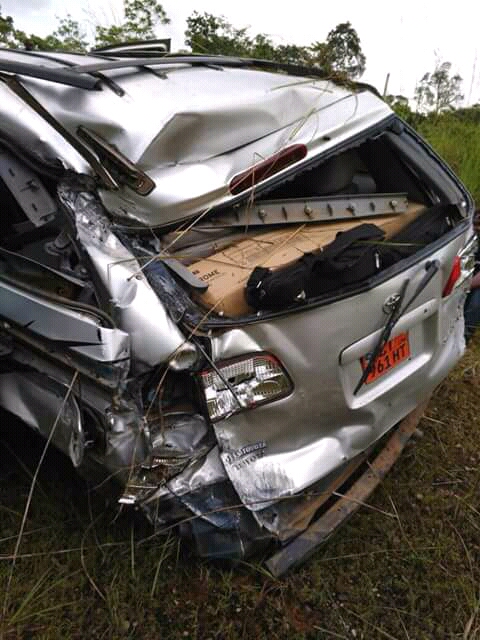 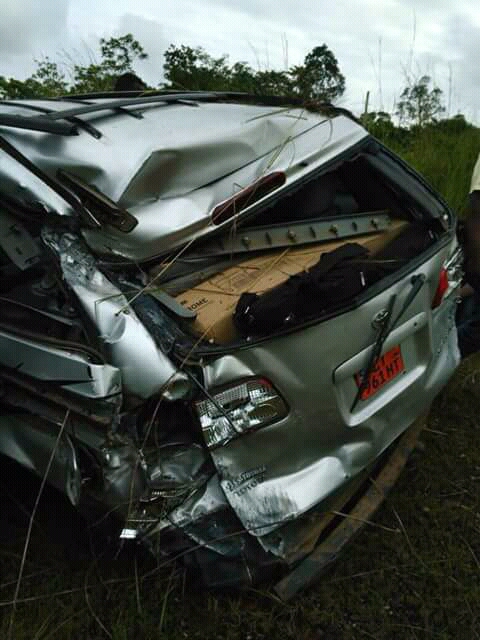 Cameroonian dancer and choreographer Aline Snuff is speechless as she tries to recount the accident and how it happened. Watch video!

We thank God once again for their lives. This indeed needs a testimony.