There’s a saying that goes thus, ”Nothing is hidden under the sun!” this time more evidence seems to have been revealed following Askia’s fate at the Record Label Alpha Better Records which happens to be one if the most successful in recent times. Yesterday the 6th of June 2018 was Askia’s birthday. Many fans, friends, family members and blogs sent her many birthday messages except her label mates and boss Salatiel. This drew many to come to conclusions that the Welcome For Kwata crooner was no longer part of the record label.

Going through the label’s official Facebook page, there’s no sign of birthday wishes as well for the female rapper to hope for. 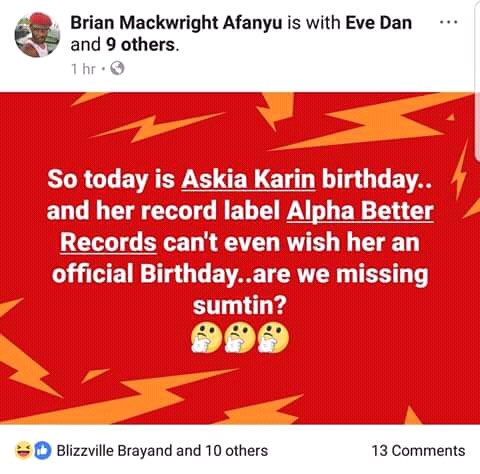 These unbelievable actions and silence brought the attention of her fans and music lovers. While some are concluding she has been fired, others are hoping for an official statement from the label.

Apart from the silence from her label mates, the female rapper has been having studio sessions with producer Boy Karl who isn’t part of Alpha Better Records. This brings the question why will Askia go for another producer at a stage she needs to bounce back whereas her label or former label has 3 good producers? Salatiel, Akwandor and Big Joe 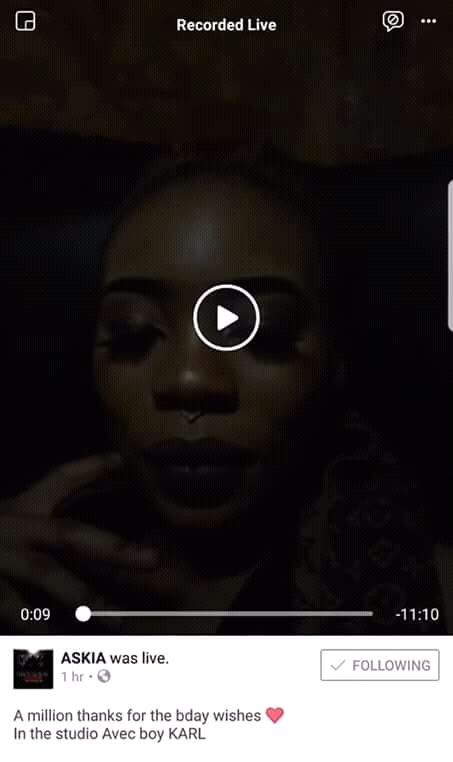 There was a time when Salatiel asked Askia to hang on though. Did his hands suddenly become week ? 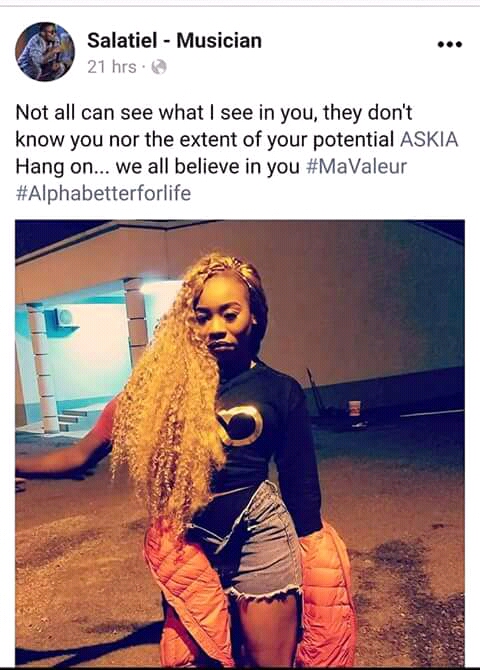 Apparently, Askia got some encouraging words from her manager and her words sounded like encouragements for someone who just got kicked out. Starting a new page? This doesn’t sound right. 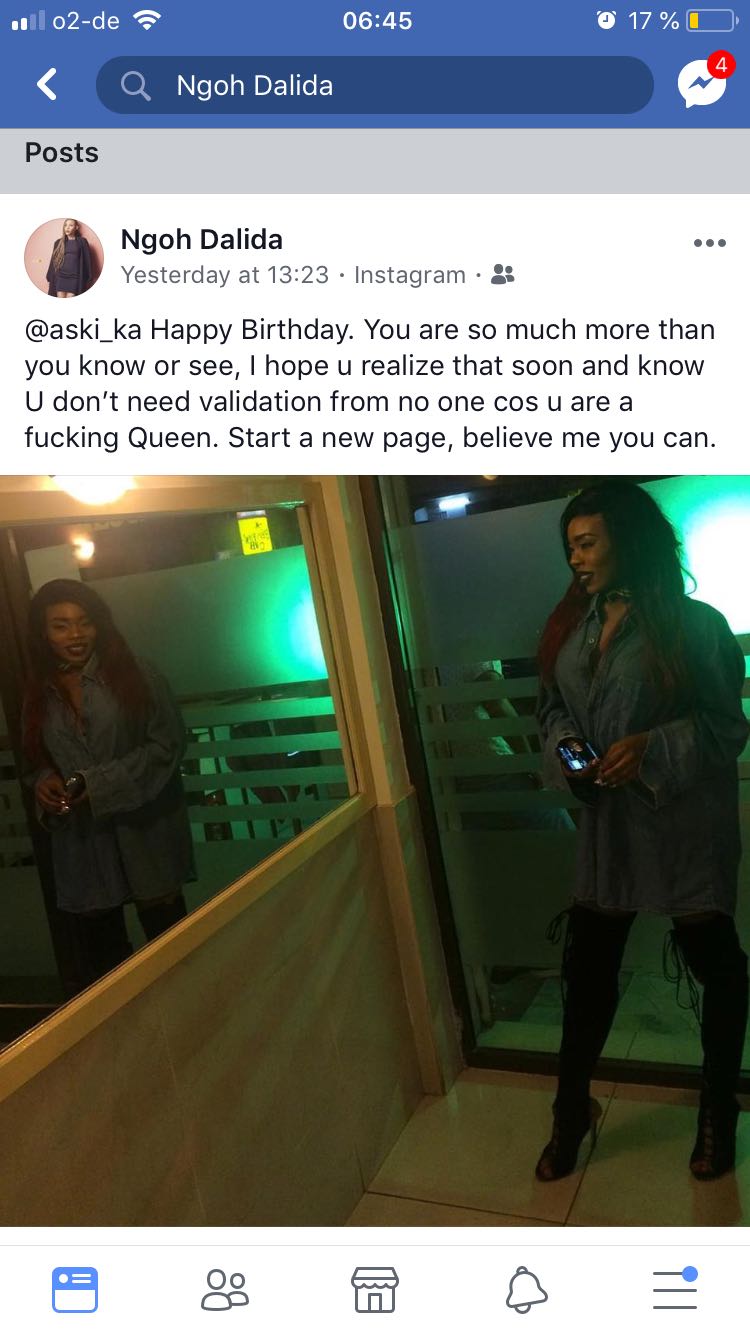 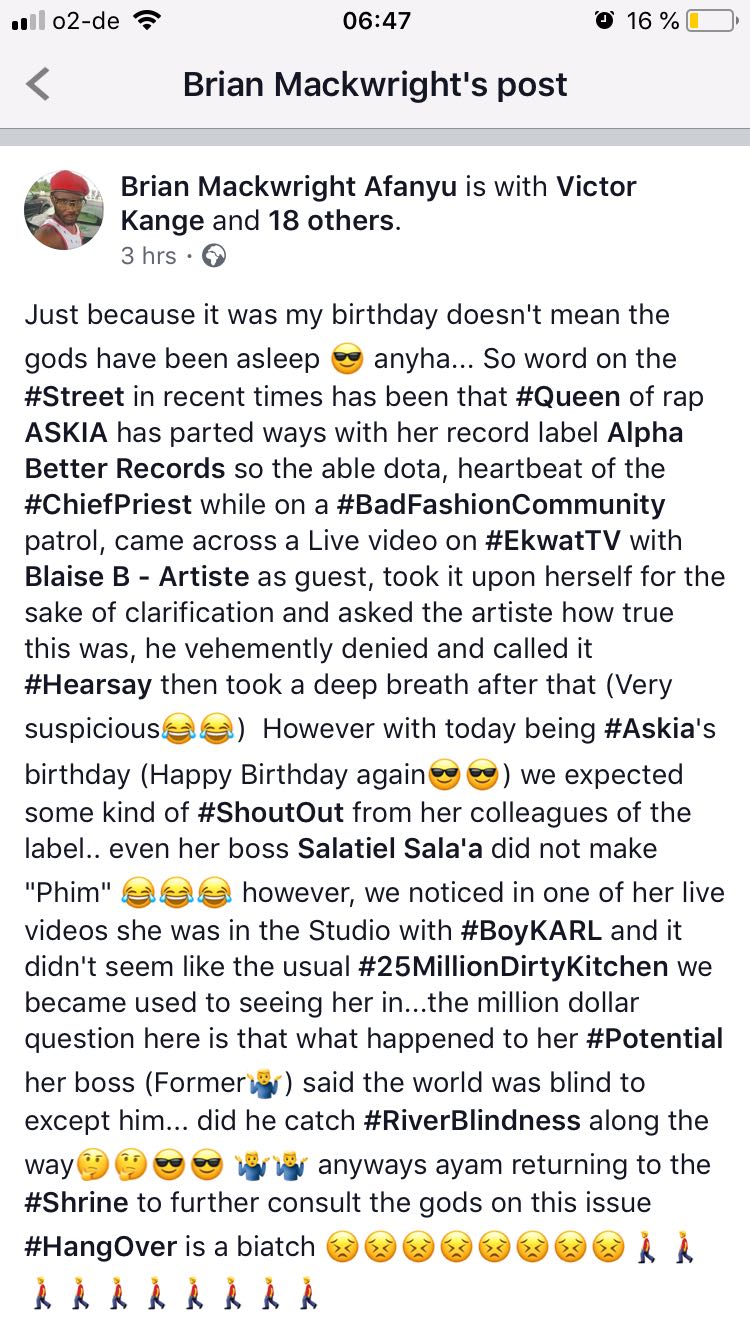 What are your views on this issue? Drop your comments below.