We’ve hard artistes firing their PRs and managers in the past, this time around, Motherland Empire’s CEO and manager to award winning superstar Stanley Enow quits his job as he comes up with a skeleton Facebook post saying for any bookings, enquiry or info about Stanley Enow, it should be referred to him directly. See screen shot below. 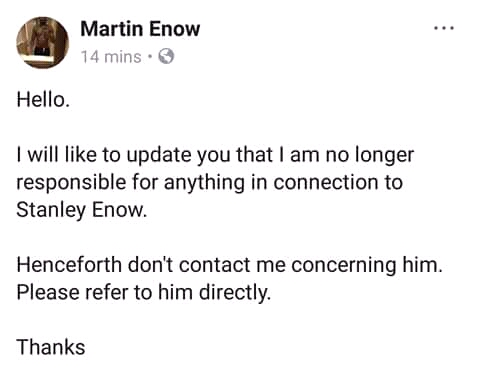 This is a shock for some because both men are brothers and have been riding together through Stanley’s career journey from day one. Mind you, this action from ”The Real King Kong Gorilla” Martin Enow comes hours after Stanley Enow released his much anticipated Casanova video. While many fans are angry at him, others just think it’s a publicity stunt and a strategy to pull all attention to the video. 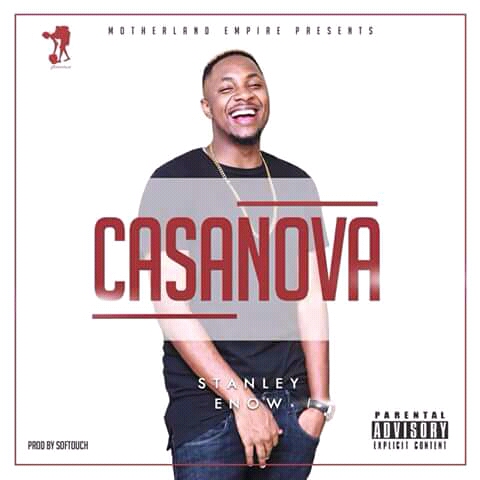 In addition, publicity stunt is now the latest strategy by artistes to pull attention as it was reported that a Cameroonian artiste by name Kay Dwin faked his own death to pull attention for a song promo. New later broke out that he didn’t die after all.

Well Martin Enow says he’ll be LIVE on Facebook today at 3PM to spill the beans. Stay tuned to 237Showbiz as we keep you updated. 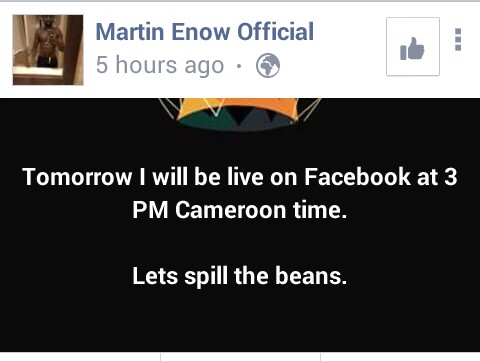 What are your thoughts about this? Meanwhile, you can watch and Stanley Enow’s Casanova video by clicking the link below