Plagiarism and Piracy are some of the crimes many content creators, artistes and producers pray to eradicate from every entertainment industry. 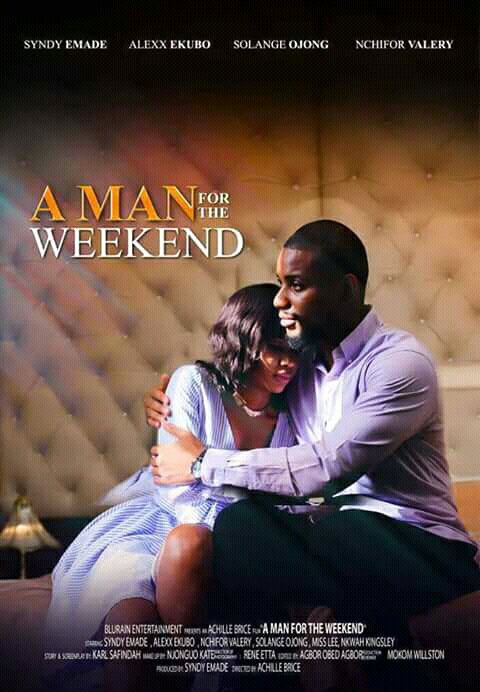 News reaching our desk is that, founder of Dcodedtv Joan Ngomba, same time blogger, host and presenter was arrested on Thursday 19th of July while her said accomplice Tino Foy was picked up the today morning. They are both said to be arrested with charges of Plagiarism and Piracy of the movie ”A Man For The Weekend”. A movie produced by Syndy Emade, CEO of Bluerain Entertainment

The movie star took to her Bluerain Entertainment page on Facebook to make an official statement about the issue. We gathered for you to digest while we follow up the stories as they unfold. See screenshots below. 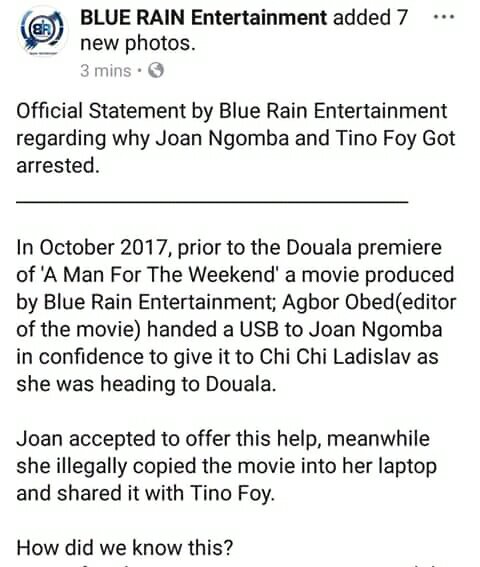 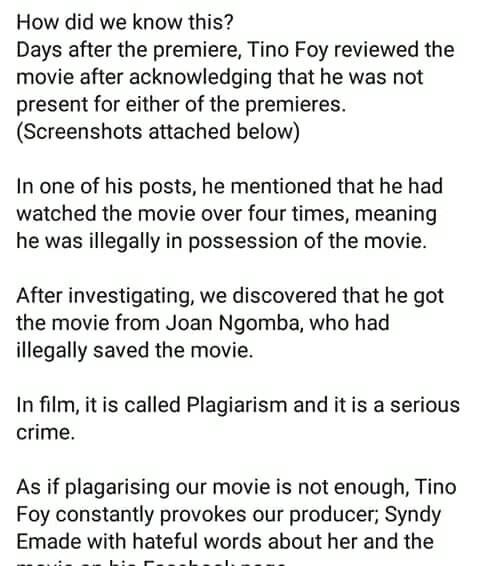 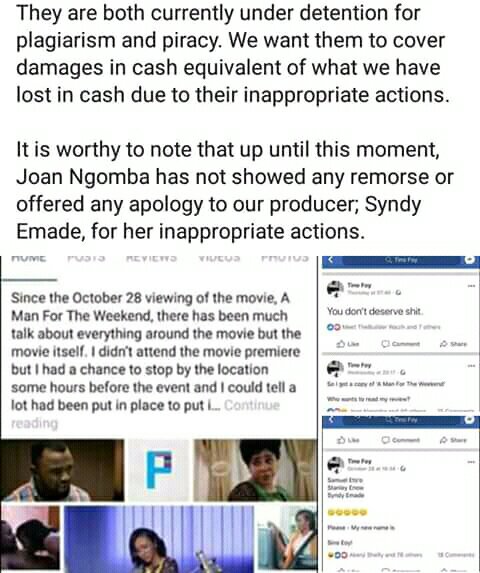 It is evident according to the screenshots that will follow below that Tino Foy was in possession of a copy of the movie. 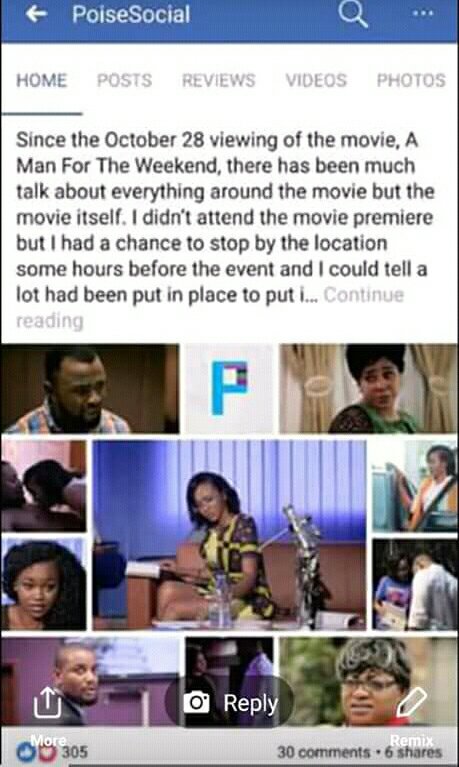 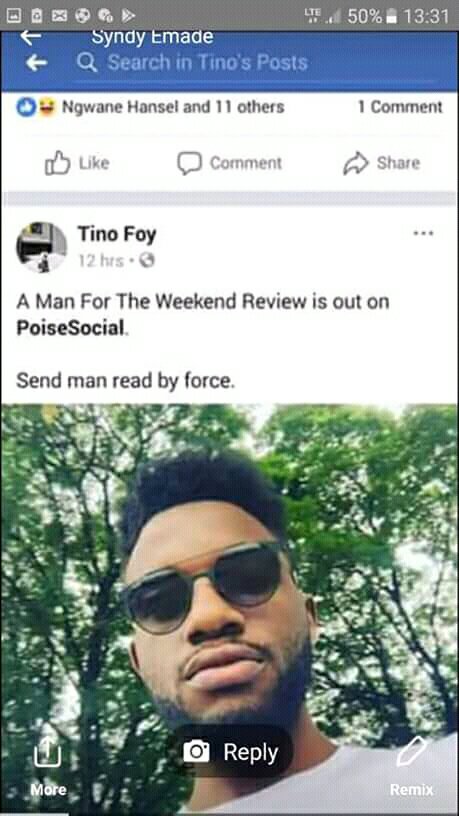 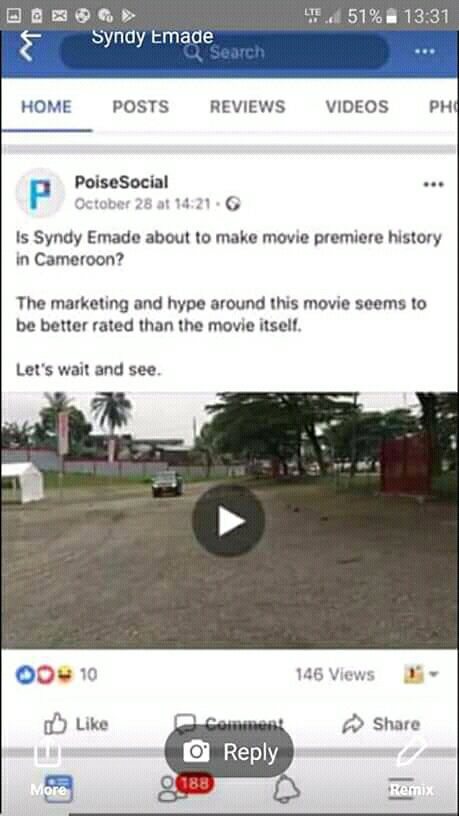 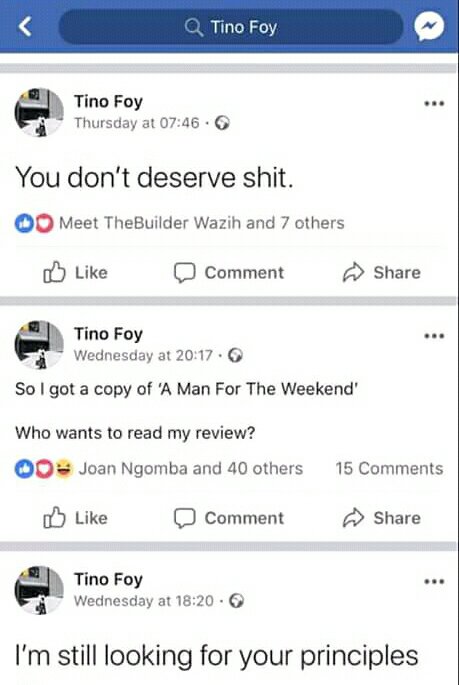 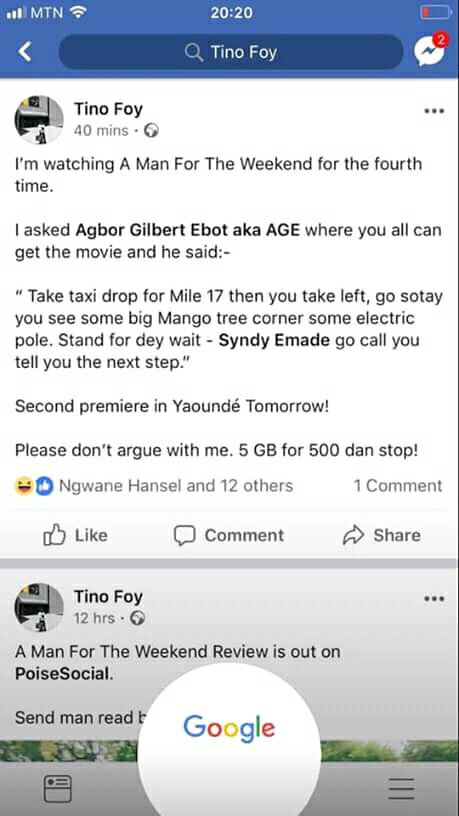 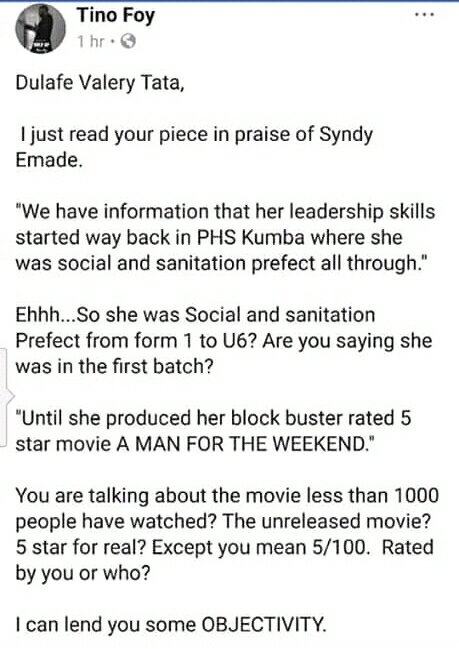 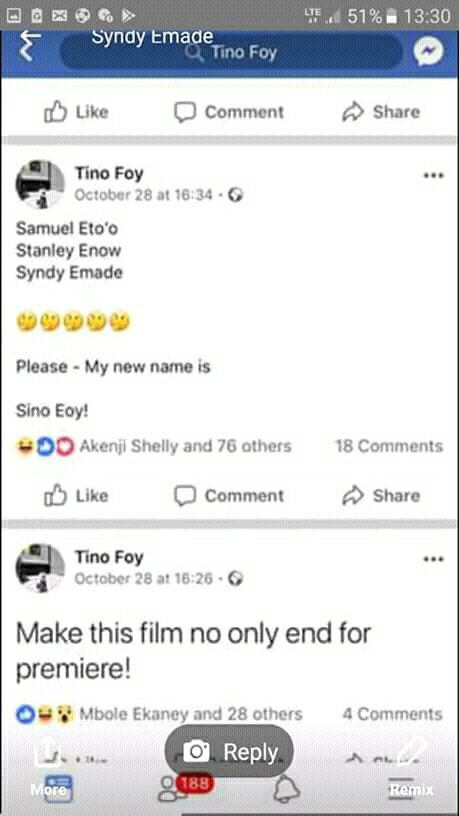 What are your thoughts about this? Is he guilty as charged? Should he be set free immediately cause you feel there’s no case?