There was a time on social media when we felt like we were only blinded by the number of slay queens constantly flooding our social media timelines and unfortunately skipping or seeing less about powerful and influential Cameroonian Women Creating a change in and out of Cameroon!

What if we changed that perception? Changing the perception that a woman’s place is “only in the kitchen”. Telling the stories of Cameroonian Women who are making a difference on the African Continent and impacting the world with their ideas, works and achievements? Time to act is now! To some this name is not new, to others it will be their first time!

Get to Know Miranda OBEN, a German-Based Cameroonian lady with a very Hefty profile. A lady of elegance, class and style and a role model to many. Miranda OBEN was born and raised in Cameroon till her advanced level where she excelled in 5 A Level Sciences. After Completing her Advanced level she decided to foster her education in Germany where she read Software Engineering and graduated with honors from the Gerhard-Mercator University of Duisburg, NRW. After graduation she then went further to pursue a career as an IT Engineer and for which she is an employee in one of the top 5 ERP Software companies worldwide and being proficient in English, French and German implementation teams. Her smile, charisma and sweet voice is a melody to the ears of her audiences. Eloquently fluent in Shakespeare’s language English, Molière’s language French and Goethe’s language German.

After Hosting one of the Biggest gigs in the World such as the 7th GIA Global inclusion Conference and Awards with G20 in BERLIN without forgetting the annual AFRICA-GERMAN DAYS HAMBURG, Mrs Miranda OBEN has been able to impact lives with her works and projects such as The Returnees of which she is the Founder. The Returnees is One of the Most outstanding breakthrough projects in recent times, it is Africa’s premier networking arena linking the Diaspora to their respective countries with a sole purpose of promoting the exchange of mutual and valuable resources.

The organization is registered with branches in the UK, Germany, Cameroon, USA and other parts of the world. With an Industrious team doing marvelous work in Cameroon , Africa and the world! Besides being the Queen of the Mic and a Techie, Miranda OBEN is a rare gem and is one of the few Cameroonian women who is soaked in greatness! When she is not talking business on Phone, being a programmer or hosting a high profile event, she is reading, listening to music, dancing, watching movies and football games with her husband and kid; while trying to understand what a football “off-side” or “aggregate” means (laughs).

What are her Achievements ?

Miranda OBEN‘s achievements are super stacked up, she has had multiple awards as an engineer for her academics, Professionally without forgetting her influence and input in promoting hundreds of young girls in Cameroon to pursue STEM studies. Despite Being the Powerful and Very Influential Lady who she is, Miranda OBEN admits that ”Her husband has been the solid rock on which she stands“. When asked about her Challenges, In her own words… Being a Woman, society believes you can get just “this far” but it is important to break that glass ceiling to show the world and others that YOU CAN , if YOU believe!”

Some of her Achievements  worth mentioning  are :

– Named African Person of the Year 2017 in Germany.

– Winner of the CCWA Awards, taking home a price for the ” SCIENCE & TECHNOLOGY” Category in London.

– Winner of the BSF Excellence Award, with her Outstanding Project ” OUR KIDS & THEIR FUTURE” held in Germany.

– Achiever’s Award Winner as “MEDIA Woman of the Year. 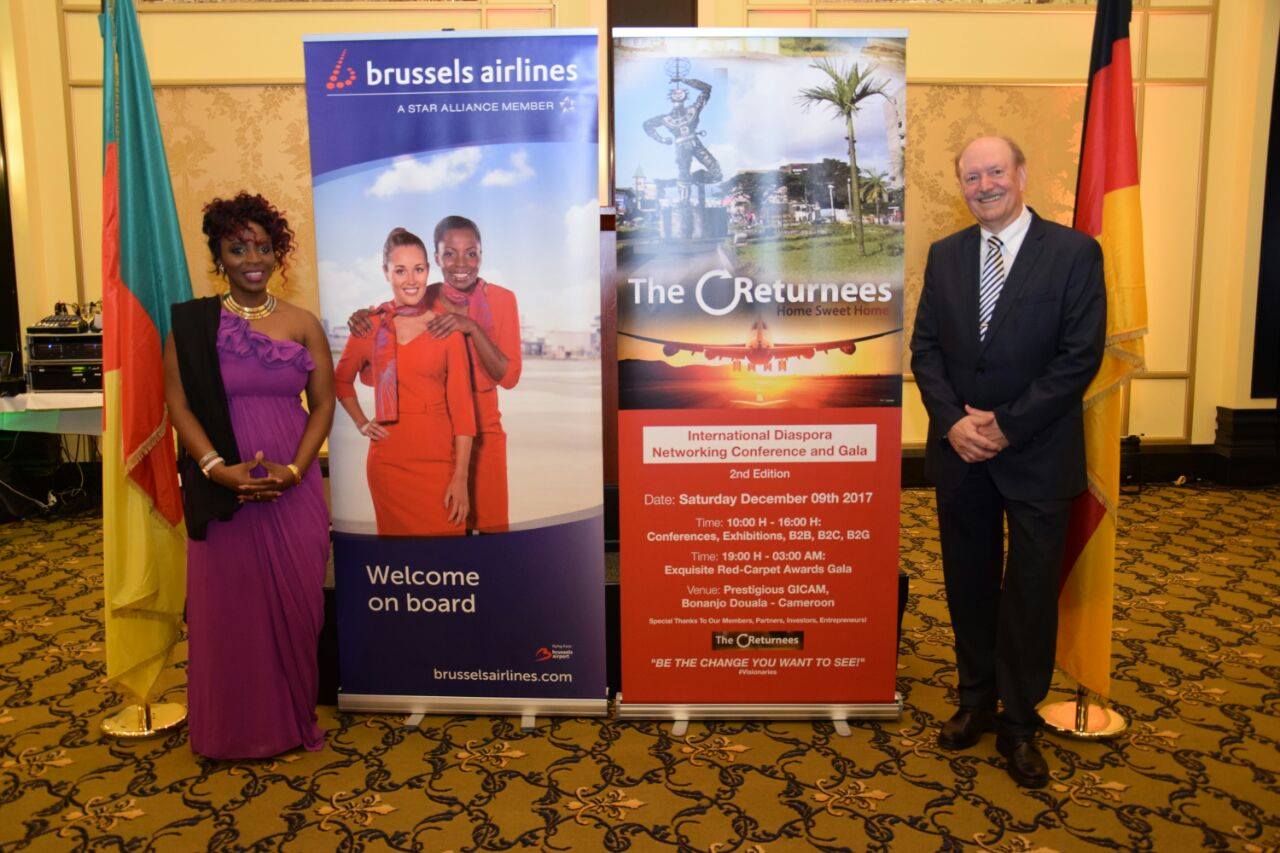 Despite her being super smart and always influencing her generation with her works, Miranda OBEN‘s CV is not complete without mentioning the fact that she is a Queen on the Mic. She has traversed a unique journey from a Hobby moderator through a Professional moderator to now a Star moderator! and she is arguably the most highly paid Cameroonian event host (worldwide)!

With such a High Profile, It is safe to say Miranda OBEN is impacting lives with her Work and is definitely a role model to young girls. Follow this Incredible Cameroonian lady of honor and her Projects on the social handles below.