This week seems to be a fun one in the entertainment industry in Cameroon as there has been a lot of heat far and wide. From Tenor opting to fill up Palais Des Sport on the 18th of August 2018 to Maahlox also announcing his date to do same in June 26th.

Cameroonian producer and artiste in the name of Jovi took to twitter to through some speeches around as usual about how he can fill up anywhere in this country. This will only take him a matter of minutes or hours depending on the venue.

Below is a screenshot. 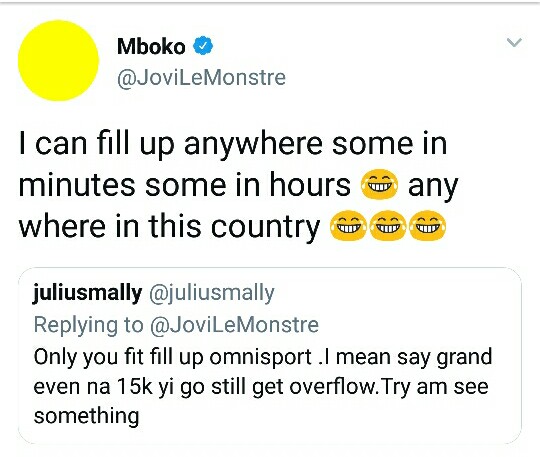 Also, the New Bell Music rapper seems to have thrown shots to Francophone rappers as his tweets says for one to become Cameroon’s best rapper, they have to rap in both languages, which is English and French. With such statements coming from Jovi, are we tempted to think language determines music or one being king in the music game in Cameroon. 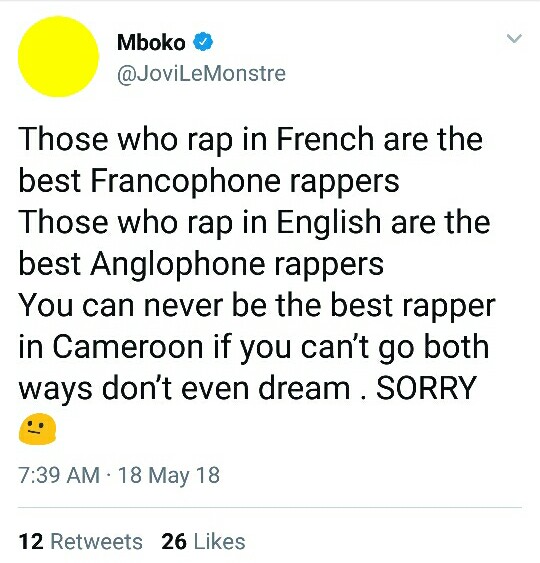 However, the Pimentcam crooner takes some tours around as what fans will refer to as mockery shots to other Francophone rappers in the game. 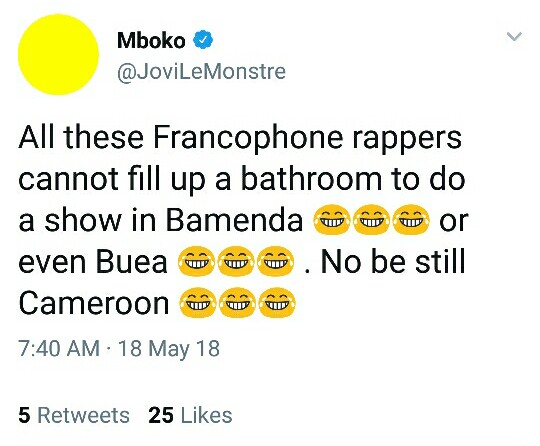 Talk less do more is one of his policies and favorite lines. Maahlox and Tenor have spoken and their dates are set. Jovi according to fans is just ranting as usual. He needs to do it. Till then, we follow and give accolades to the movers and shakers!