Interview: Many people mistake me for a Nigerian artist so for originality sake I have to chip in a little French and Camer pidgin, Tzy Panchak Reveals.

Hello 237Showbees, we hooked up with Blu Nation super Star Tzy Panchak, and we had an interesting interview with Him. Enjoy the interview and endeavor to leave a comment behind.

237Showbiz: Tell us, who is Tzy Panchak. How did you come about with your stage name?

237Showbiz: How did you start making music and at what stage did you decide to pick it up as a career?

I started making music in Kumba as a rapper and made my first record in 2002. I decided to pick up music as a career when I came back from Nigeria 2015 .

237Showbiz: Your fans think your journey to stardom hasn’t been smooth. What has been the challenges?

The challenges have been trying to make good music despite all the controversy, trying to stay strong mentally and calm and trying to get the whole of Cameroon to consume my music and not just in the South and Northwest Region.

237Showbiz: Let’s talk about your previous releases. Makaveli, Stay with me, mad for your love, like that, struggle and just to name a few. These are all hits well appreciated by your fans yet none was aired on international TV like Trace for example. Can you tell us why?

I don’t know why but i think Trace Cameroon is in a better place to answer that.They are now airing Ngueme so the past is history .

237Showbiz: You titled your debut EP (Extended Play) ”I’m not lucky”. Tell us, why the phrase?

It’s just a way of saying I am Blessed by God and whatever I have achieved today is by his Grace. 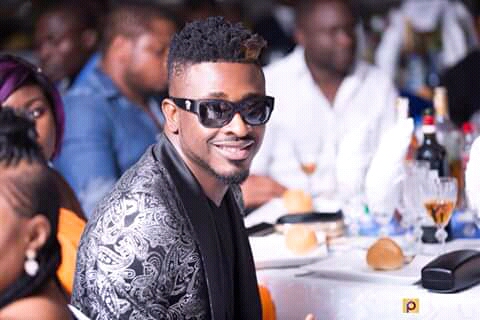 237Showbiz: Your Afrimma performance was appreciated by some and criticised by a few. Do you think you did a great job when you watched it over and over again?

After my performance I was interviewed by some Media houses across Africa and most of them said I made the top 3 performances of the night and so they wanted to know more about me and help put my work out there. The CEO of Afrimma Big A reached out as well to congratulate me. My Boss Marvin Slim and Paul M junior the Cameroon representative for Afrimma said they were proud of me so I paid little or no attention to the critics. In general those who matter were thought I did great so it’s all good. It was my first time on an international stage, I had to perform after Fally Ipupa, the pressure was on me not to fail and so the nerves kicked in. I only got motivated when I saw my Army walking towards the stage and screaming… I also spotted some Camer artist in the diaspora like Ebako ,Kimbo and Alemyz. So I knew Payee was in the building lol. The love and support were overwhelming and that’s the reason Afrimma contacted me to perform in the first place because they knew I have alot of fans in the states. My fans got me to perform and not what some sad people say lol so I went on stage with love and a huge smile. The Stage had no return sound, I could not hear my voice, was not able to detect if i was singing too high or low still my hype man Mc Mikolo and I managed to shut down the show. So I think we did a spectacular job.

237Showbiz: Your U.S tour was a success. Millions of CFA in your pockets a brand new whip in your name. Can we describe you as one of Camer’s millionaire artistes?

237Showbiz: You are one of those artistes who criticised others for using ”Too Much” French in their lyrics. You seem to be joining them lately judging from your latest single ”Mon Bébé”. Is the French now relevant?

My latest release Mon Bebe has just 4 lines in french

and njoka is not even a french word

Mon bebe is a single off my I’m not lucky EP. My EP has 10 singles and only 1 is titled in french yet people send me messages saying i betrayed them. I don’t use too much French in my lyrics,it’s always a maximum of 4 lines and that’s because many people mistake me for a Nigerian artist so for originality sake I have to chip in a little French and Camer pidgin or sometimes even my native language. The anglophone critics are too harsh on their artist and if you are not strong mentally you might give up. For example someone can see 99 good things in a music video and 1 bad thing. He/She won’t mention the good ones but just comment on the bad part, insult and leave. Meanwhile the artist went through hell to shoot that video… The anglophone critics sadly don’t give second chances they would rather criticize than critique someone’s work. You can do a million good things but the moment you do one bad thing they immediately forget all the good you have done. I got to realise the francophone critics will tell you where you did good and where you went wrong. They are more appreciative I guess that’s why most of our artists use too much French in their lyrics to be honest. The moment we start criticizing constructively, appreciating and encouraging more I think things will change and Yes a lil French ,camfranglais and any other language that makes our music original is relevant.

237Showbiz: You’ve worked with a few big hands in the game like Numerica. Who else will you like to work with?

Any good and hard working artist. 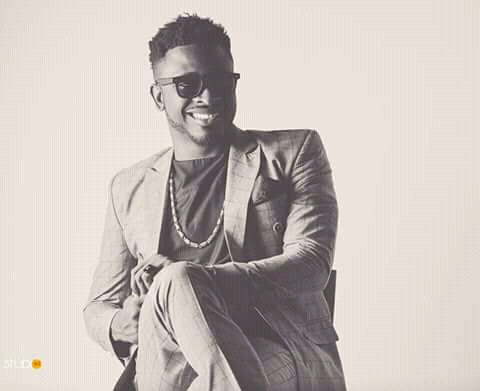 237Showbiz: Any projects after your EP like an album, a national tour?

Yes an album in 2018. I began my national EP tour on the 23rd of December 2017 in Limbe. Dates and location for other cities will soon be announced.

237Showbiz: The Cameroon music industry has a lot of plagues hindering its growth. Hate, envy, jealousy leading to beefs. How can we stop this? You seem to have kept a clean sheet.

We just need to understand that there’s space for everyone. We need to Stop seeing each other as threats but collaborators with the same goal. Show each other love for the sake of the culture.

Mama Ngea without make up hahaha.

237Showbiz: Male or Female fans, which do you cherish most. Pick one.

237Showbiz: You are in a stage where other artiste will dream to be in 5 years. Where do you see yourself in 3?

They are all doing a great job. Am not too good at production so I don’t think am in a better place to rate them.

237Showbiz: You are the Man Crush of so many ladies who fall especially for your cute smile and amazing voice. I’m sure they’ll love to know if there’s space for any of them.

Yes o there’s space for everyone.

237Showbiz: What do you think about you being when described as a ”Situational Artistes” by Ebangha Njang on Mosina Nasako’s #Toridey?

237Showbiz: Everything seems to be going on well with you and Blu Nation Boss Mavin Slim. What’s the secret? How can you advise fellow artistes struggling with labels?

Be patient ,don’t try live above your limit. Love and represent your label as if it were your own.

237Showbiz: Do you offer free collabos?

Progress is a slow process. You are not neglected it’s just a stage in life everyone passes through. It should only make you work harder.

237Showbiz: Share with us your principles and everyday motivation to success?

“Turn us again or Lord God of host and cause your face to shine on us and we shall be saved.” 3 times

237Showbiz: Thanks for accepting our interview and letting us be a part of your journey. We love you here on 237Showbiz.com

Thanks for having me
Thanks for the love and support
Chako