The 2018 presidential elections have come and gone. This year’s presidential elections is arguably one of the most followed by Cameroonians most especially the youths. I believe one of the reasons why it got so much attention is partly because of the ongoing “Anglophone Crisis” plaguing the two English speaking regions that is the North and Southwest. This year’s election saw the incumbent Paul Biya beat his 8 opponents for the 5th time in a row. While some citizens celebrated his victory, others felt dissatisfied with the results. Unfortunately, his opposition party leaders have to succumb to the new government and wait another 7 years to hit back again.

This year’s presidential elections saw 8 opponents, Cabral Libii, Garga Haman, Frankline Ndifor, Joshua Osih, Akere Muna, Serge Espoir Matomba and Maurice Kamto. We might get to see 9 other opponents come 2025. Stanley Enow seems to be eyeing the Unity Palace from his Motherland Empire as he hopes to drop his states from King Kong to His Excellency. The “Njama Njama Cow” rapper took to his twitter few days ago where he posted the following tweet; 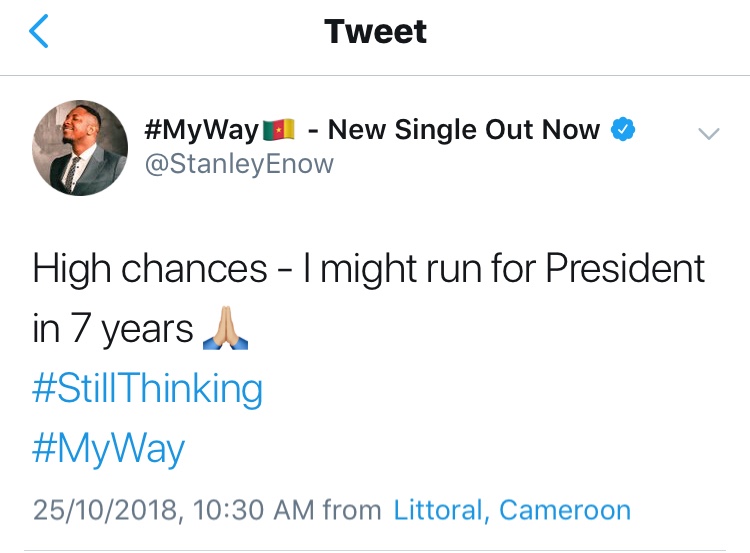 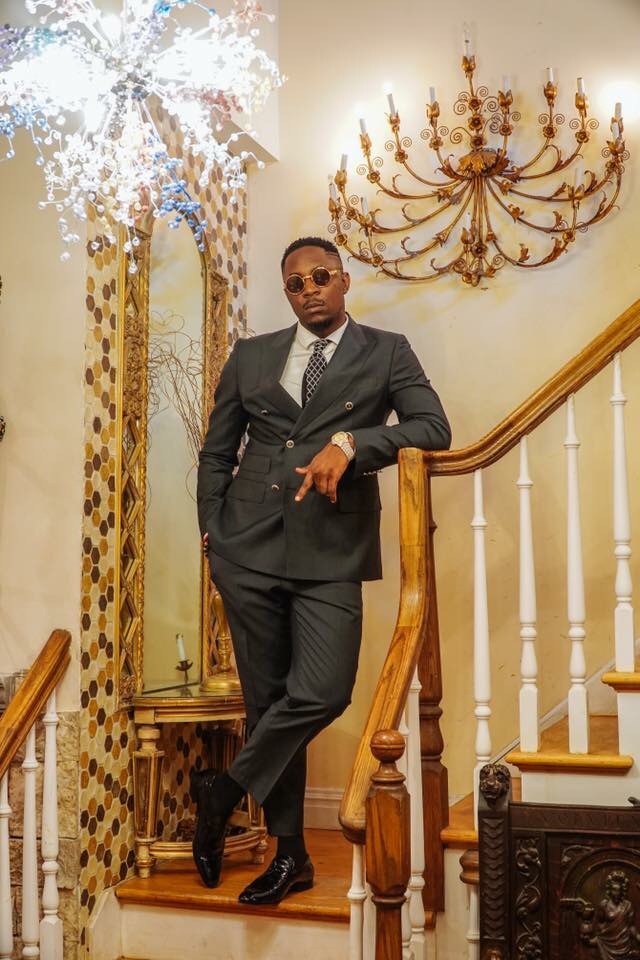 I’m not against Stanley’s vision and aspirations of becoming president, I’m just trying to pick out the relationship with his outfit in the picture and the race to Etoudi. What gives the rapper the enthusiasm to think he is capable of gathering Cameroonians to vote for him? Is it his recent dressing? His international relations? Well I strongly believe Cameroon needs a change. I read a fan’s comment from an online journal which wrote “We don’t really care who rules us next as president, anybody can. All we just need is a change.” 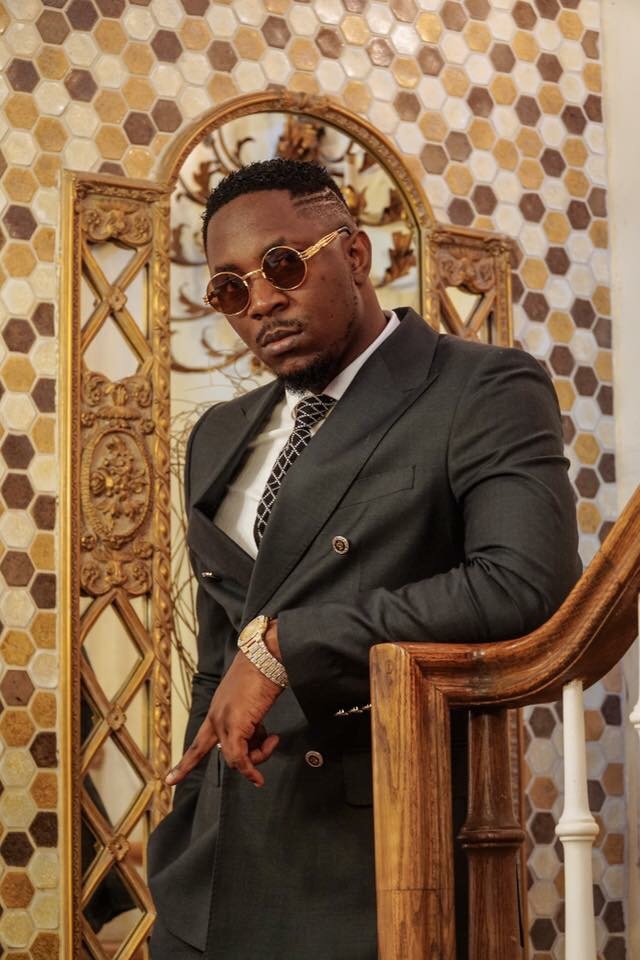 Although Stanley seems to be in a mood of reflection as seen in the hash tag of his tweet, #StillThinking, will you rather find your way for you and your family or would you help Stanley Enow find his way into the unity palace should he run for it?

In other news, the My Way And Hein Père hitmaker will be going on a Europe Tour come 2019, get more info about this from the flyer he shared on his social media below! 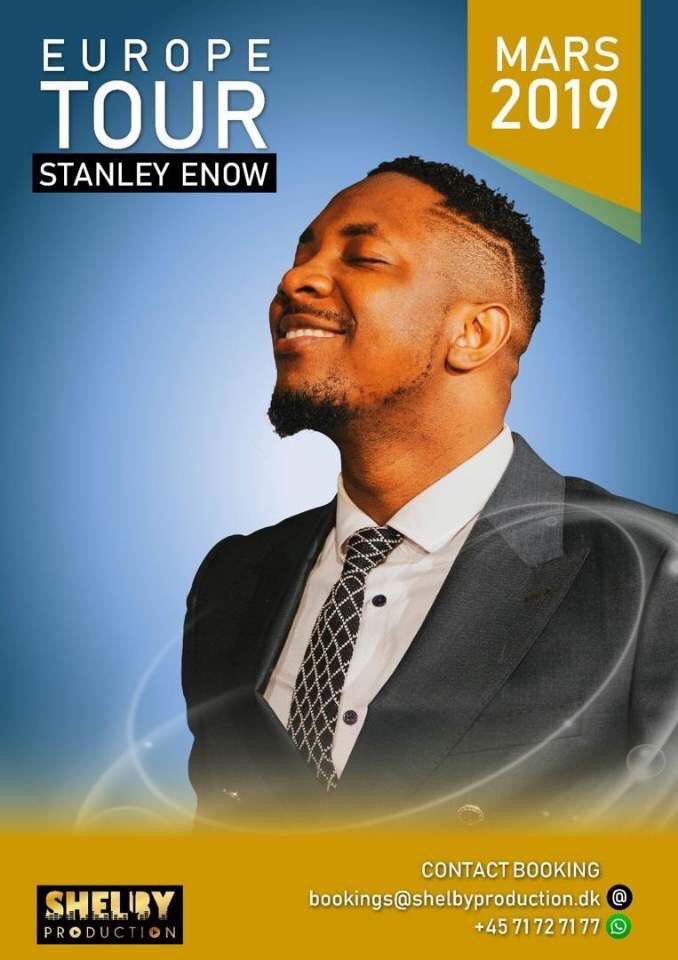