Is Daphne Beginning To Fear Fame?

“It is so strange to be universally known but yet to be so lonely”. We credit this quote to Albert Einstein, who as a very famous man himself did know what he was talking about. Fame is indeed very tempting and it is so for several reasons, I mean who hasn’t fathomed him/herself famous at some point in time. And in as much as we other lay men may never understand the intricacies of fame, we do need a soothsayer to know that even fame has its own downsides. Few days ago Daphne

who is arguably the most remarkable woman in Cameroonian showbiz wrote something which did provoke a lot of thinking, she wrote “Fame is really a lonely place”. 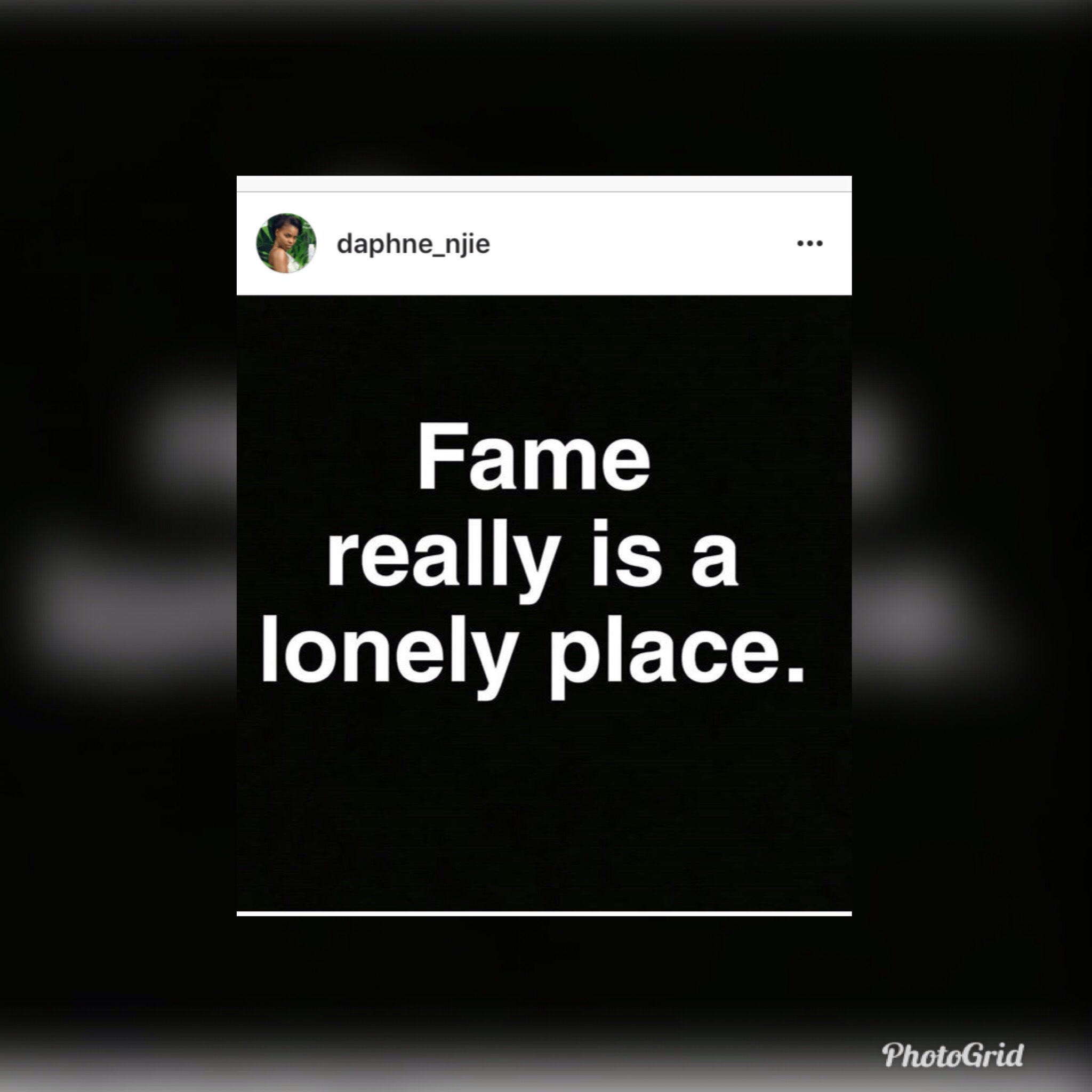 She might have written this in an emotional reaction to Clarisse Valerie’s death amidst reports that she died under very hideous conditions and this incident seems to have struck a sensitive chord in Daphne’s emotions and it might have also provoked a stint of fear in the star who now seems to be scared of fame. Is this feeling of “fear phobia” only present in Daphne or is it present in all Cameroonian stars and has she always been scared or is it a new feeling?