Jovi Fan Pours His Anger And Frustration On The Rapper And His Label On Twitter.

Who is a fan? This is a position in life many don’t seem to understand. A fan is a person who has love and admires the works and doings of another person, be it a friend, family member, entertainer or even a stranger I must say. Although we have normal day to day fans, we also have die hearted fans who stick with their role models from day one till infinity.

The case of Cameroonian rapper Jovi and his fan base seems to be quite different as his fans are always known for showing their frustration on social media. If they aren’t talking about him and the fact that he is locked inside his label, they’ll be telling him to upgrade and put more work on his visuals, collaborate with other artistes and carry out shows.

An anonymous twitter follower and a Jovi fan went head to head yesterday with the rapper on twitter. The fan left no targets missed as all his shots were meant to tell it to the rappers face. I know a lot more Jovi fans who have given up on him although they are yet to be brave enough to attack the rapper on twitter. Below are the screenshots and how long both men lasted in the ring. 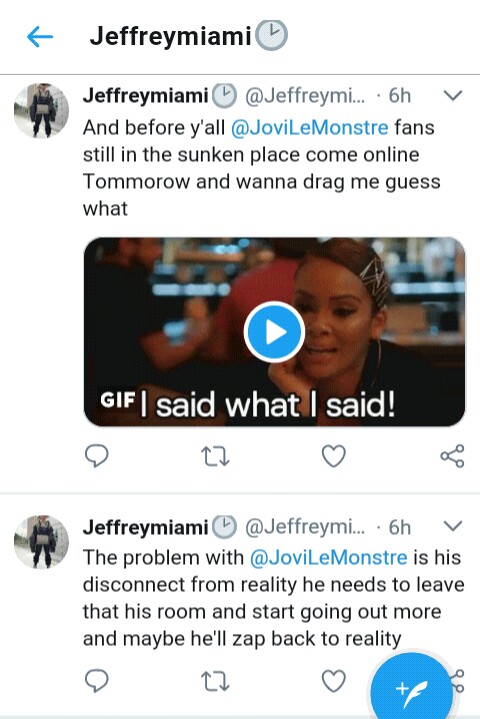 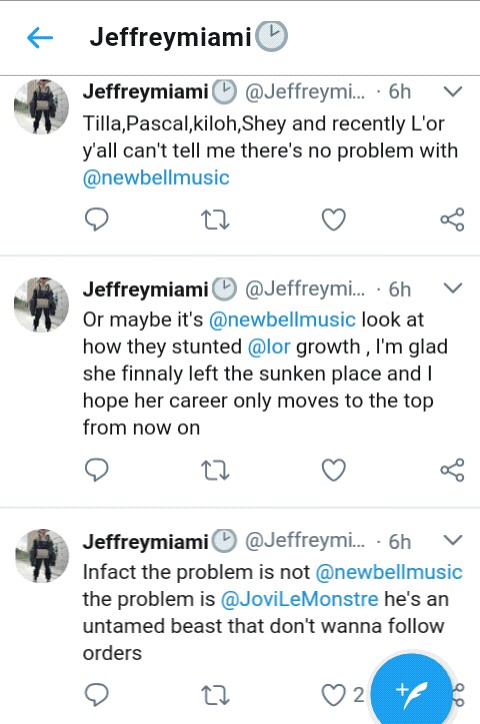 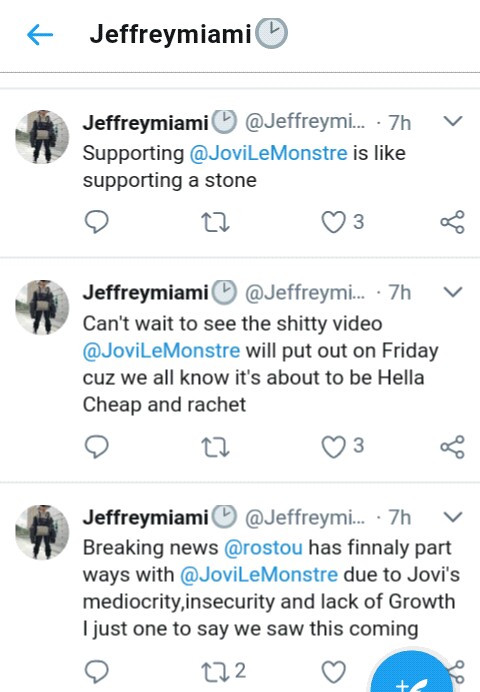 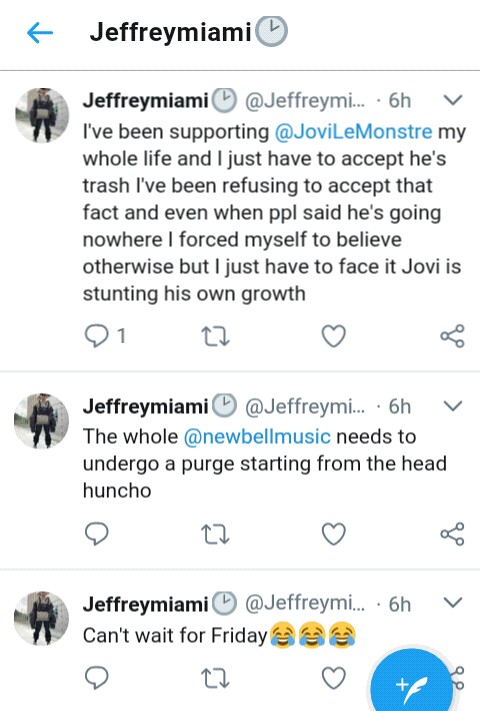 Judging from the screenshots and as a Jovi fan have you in anyway felt the same? Tell us what you think.