It is not clear when the rapper will be dropping his 4th studio album but he took to his official social media pages to announce the release of a new album. 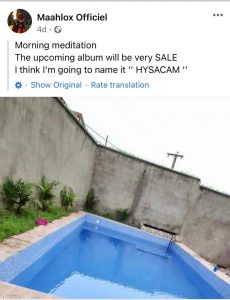