Ndem Of The Month! February Edition

Before we announce our Ndem Of The Month of February, Team237Showbiz takes this opportunity to wish its followers a Happy New Month of March and abundant blessing.

If you are just joining us as a new follower, then it is worthy to note that last month, we kicked off a new segment on the platform titled ”Ndem of the month” this in plain English means ”Flop of the month” or something similar to the American ”Donkey of the day”.

The artistes who ”Ndemed” the highest in the month of February is no other person than Stevens Music’s very own Calée Queen Daphne. While she was performing in a concert, a supposed fan who doesn’t seem to fear God took a picture of her up skirt. This pic went viral on social media. Some loved it, some felt pity. We saw it to be a ”Ndem” on her part! Ops! See pic below. 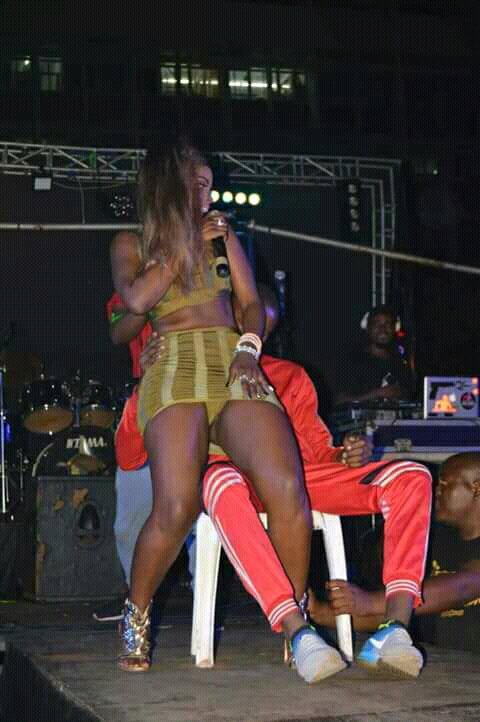 How can our female artistes avoid such embarrassments when performing? Considering the fact that you never know how your stage may be.