“Who be the next game changer ? OTANG!” Few weeks ago everybody was blown away by the little 11year old lass who on a Dr. Dre beat dropped a breathtaking freestyle video declaring herself as the ‘Next game changer’.  And as you might have expected this took a lot of us by surprise and as such her video was largely shared and acclaimed on social media by bloggers and some artistes as well as Cameroonian music lovers. Since then OTANG has been having the time of her life, from several interviews and even an endorsement deal as ambassador for a charity organization. A lot of people did not finish digesting the surprise of a kid dropping bars with authority on the mic when OTANG’s team announced the release of her first EP titled “Victims” scheduled for today 7th September 2018, someone notably remarked that OTANG hasn’t even been into music for three seconds and she already has an EP to offer. Well, there is something about this debut EP that seems to shock music lovers and media persons more than the EP itself. And yes! You guessed right, the price. OTANG’s debut EP scheduled to drop today will be available for purchase via Orange Money and Mobile Money at a stunning 10,000frs. The information on the pricing of the EP has caused a wave of shock across the Cameroonian Music Industry, given that Wan Shey who will be representing Cameroon at this year’s KamerFest edition come 28th September just dropped his twin EPs available for purchase at 1000frs each and both combined comprise of 14 tracks, New Bell Music dropped “Tropical Vibes” at a cost of $3.99, a lot of people are wondering what on God’s green earth could have prompted OTANG’S team to price this debut EP comprising of 5 tracks at 10,000frs, that is 2000frs per song. Even though it is clearly stated in the press release announcing the EP that 50% of this money will go to help assist underprivileged kids get a decent education, a lot of people do not see this price or the justification of helping kids as a good enough reason for the price allocated to that EP. As at now I don’t know of any regulatory body in charge of checking the pricing of various works of art and if there is any in Cameroon and that will mean the pricing of any work of art is left to the discretion of the author of the said work of art, leaving consumers totally at the mercy of potentially exploitative management and marketing teams of some artistes. It might be worth noticing that an 11year old OTANG might to a greater extent have nothing to do with the price allocated for her work, so the burden of providing answers to the many worries of Cameroonian music fans both home and abroad will solely have to rest on the shoulders of the management of Magic Music Money who are in charge of the 11year old rap sensation. While some people see absolutely nothing wrong with the pricing of this EP given the task 50% of the money will serve and also the difficulty a kid like OTANG who was discovered less than 2months ago might have gone through to come out with an EP on such short notice and in the first week of school, some others see this as a violation of the pockets and earnings of Cameroonian Urban Music lovers who might have a hard time coming across 10,000frs in a week and some persons have gone as far as declaring this “blunder” by OTANG’s team as the beginning of the end of a yet to take off career for the kid. What are your thoughts about this issue, should OTANG’s team retract and bring the price down in response to the many complaints of fans who might really want to get the EP but are hindered from doing so by the price or should they stand their ground and let the skies fall? Be sure to leave your opinion in the comment section. 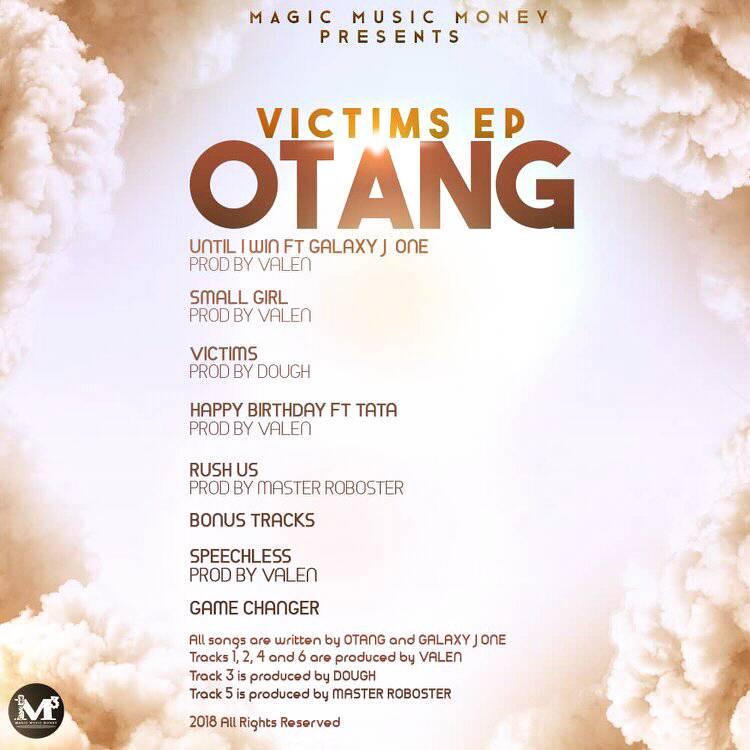