Rapper Tenor Unfollows Everyone On Instagram Leaving Out Just Two Producers. Is This A Start To Join Ivory Coast ?

Cameroonian rapper Tenor who happens to be one of the attendees of DJ Arafat’s funeral in Ivory Coast has been getting a lot of attention lately on social media by the ivorian population after pulling a brilliant performance at the Stade Felix Houphouët Boigny venue of late DJ Arafat’s funeral last Saturday. His brilliant stage performance left a mark in the hearts of the “Daïshikans” as they see a replica of the late Yorobo in the young rapper.

Recently, we perused the rapper’s page and realised he has unfollowed almost everyone leaving out two of his “day one” producers “Ekie Bozeur and Ramzy”. It is no news that ivorians have been asking the rapper to come and settle in Ivory Coast and take over the “Chinois” can this be a landmark for the “Do Le Dab” crooner ?

See below the two people Tenor is following on instagram. 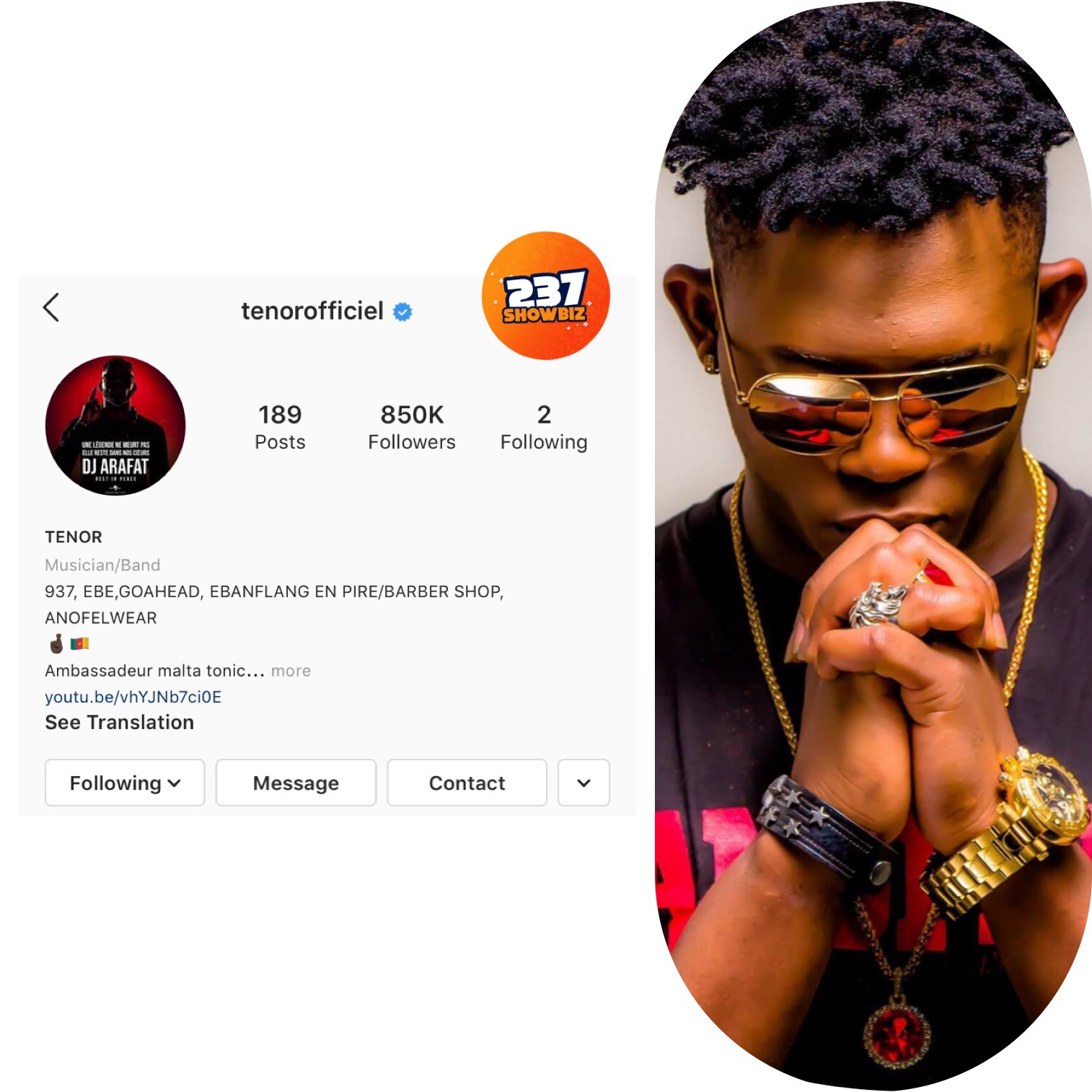 What are your thoughts about Ivorians wanting Tenor to take over from Arafat DJ ?

Leave your comments below!