From his stage name Ricky Million Artiste, one will be convinced his bank account is as loaded compared to that of some African politicians. Ricky Million artistes aims for the skies as he tries to book a prestigious and expensive concept with #TeamAdrenaline. In a private chat released by Mr. Adrenaline, Ricky Million Artiste wishes to have a La Vida Loca video as he calls it in the chat on a yatch with 10 models/vixens and bottles of champagne for only 200.000F.

Pissed with such an offer, Mr Adrenaline blocked Ricky Million Artiste. They both agreed on 500.000F and things got sour when Ricky Million insisted that his video must be promoted on Trace Africa..

Full screenshot of the chat below. 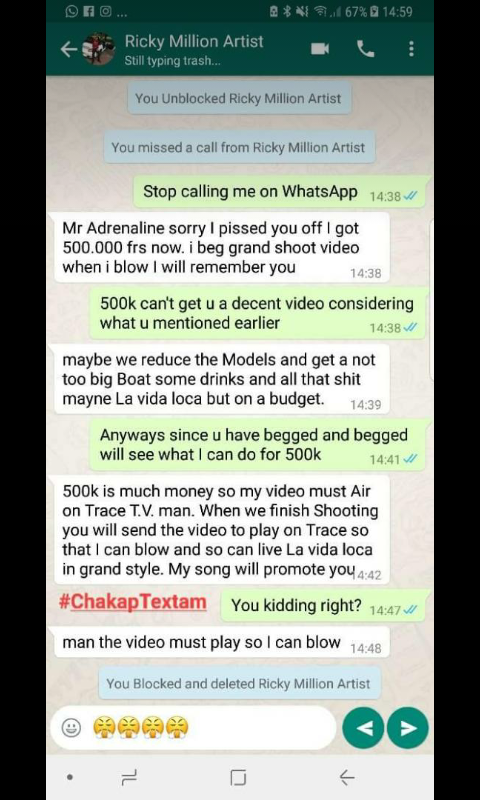 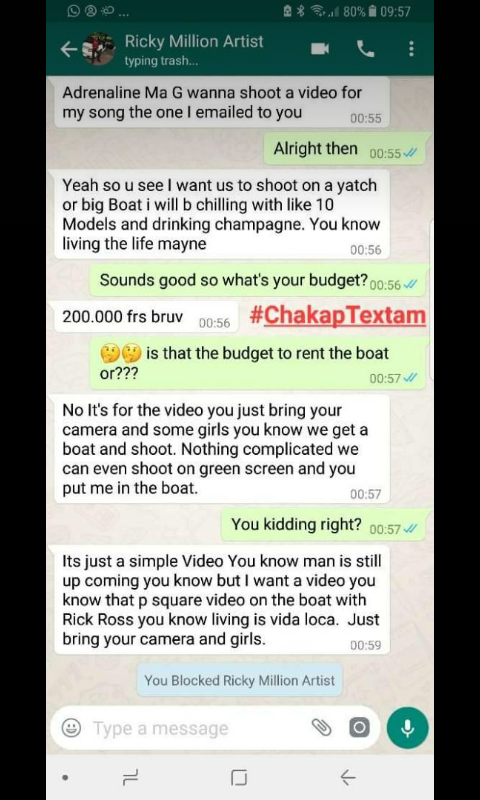 What are your thoughts about this? Take note, the WhatsApp chat has been edited. However, some say it’s just for fun but such transactions have taken part someday somewhere.

The screenshots is a prank by the award winning director on his #TchakapTextSeries. We shall be seeing more of these hilarious pranks in future..