Season II Of The 237Showbiz Music Competition Kick Starts! 300.000CFA! Do You Have What It Takes?

Season Two of the www.237showbiz.com Music Competition is back and way better. The first season which happened to be our baby steps saw the winner Fairylee Mboa walk away with a cash prize of XAF50.000 and promotion of his official single I Go Make’am.

Well we are proud to say things have taken another turn as Season II brings not only a huge cash prize of XAF300.000 but also a collaboration with an A Listed Cameroonian artiste, a video production by an A Listed Camerounian video director and also full promotion by the 237Showbiz promotion platform. Amazing isn’t it?

We advise you to register or alert someone who has the dreams of doing music and becoming the next Mr. Leo, Stanley Enow or Daphne.

Getting into the competition is as easy as ABC, all you need do is to submit a clean professional photo of yourself, your full names, stage name(artistic name) and your town via WhatsApp to the number +237674180131. 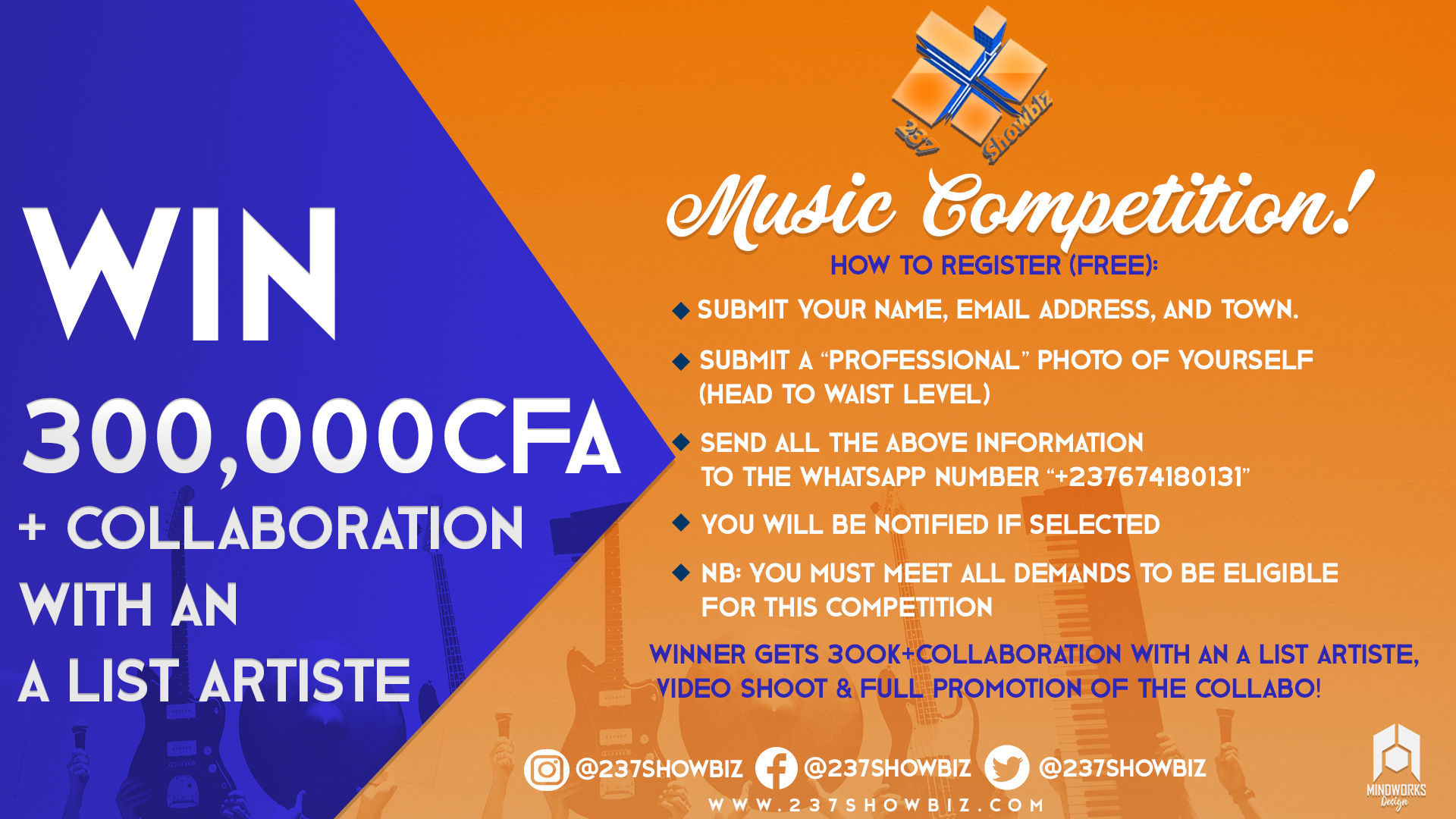 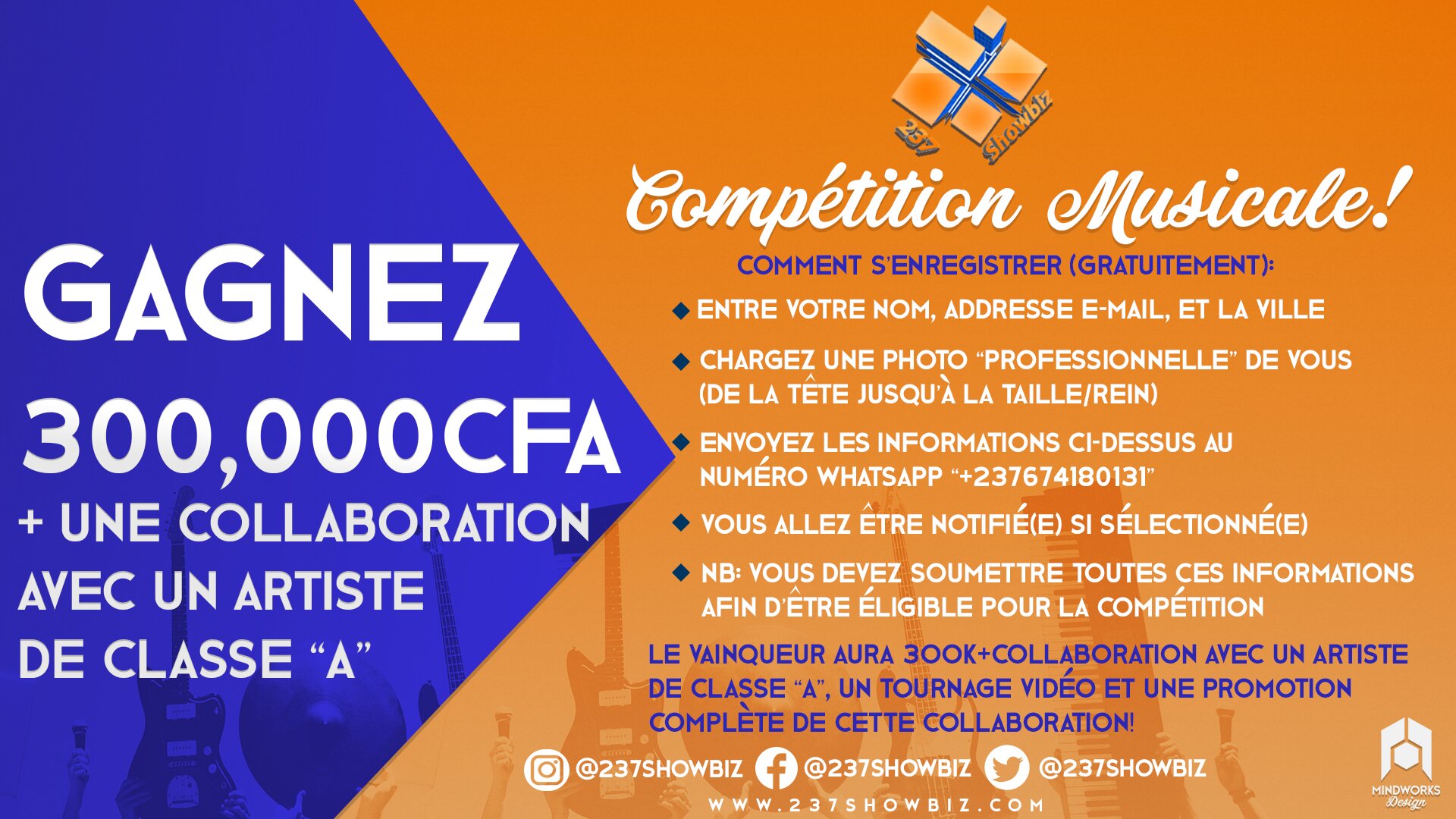 Notwithstanding, after our registration door closes, contestants will be drilled on how the competition will work.

The competition is one to watch out for as over 5 major record labels in Cameroon will be watching. Names of the A Listed Artiste and Director will be announced at the semi finals. Thus, the competition will have a round, semi finals and finals.

This is huge! 300.000CFA, a collabo with a Camer superstar, shot by a well known video director. You don’t want to miss this opportunity. Tell a friend to tell another.