Should Cameroonian Entertainers Meddle With Politics?

Longue Longue and Valsero with Akere Muna, One Love with Serge Espoir Matomba, Koppo for Joshua Osih, Mathematik, Samuel Eto’o and a host of others for Paul  Biya, this year is clearly one with a lot of surprises in Cameroon. Unarguably Cameroonian entertainment has progressed exponentially this 2018, our artistes have been able to touch more lives as their views on YouTube have increased tremendously, the number of offshore tours has almost quadrupled, the number of bookings is on an all time high and the support and collaboration among artistes has greatly increased. This year is definitely a turning point in Cameroon as even the media both on and off line has recorded amazing progress. It is therefore no surprise that even our countries politics seems more intense than ever before. And this time we are witnessing an unprecedented marriage between politics and the entertainment industry in Cameroon. We all saw what the announcement of a concert in support of the candidate of the CPDM did on social media when the names of some artistes featured among those who are scheduled to perform at the said concert, in fact the backlash was so harsh that some of these artistes have already popped up with excuses in order not to partake in the concert. Even public opinion has gained a lot of relevance recently in Cameroon. 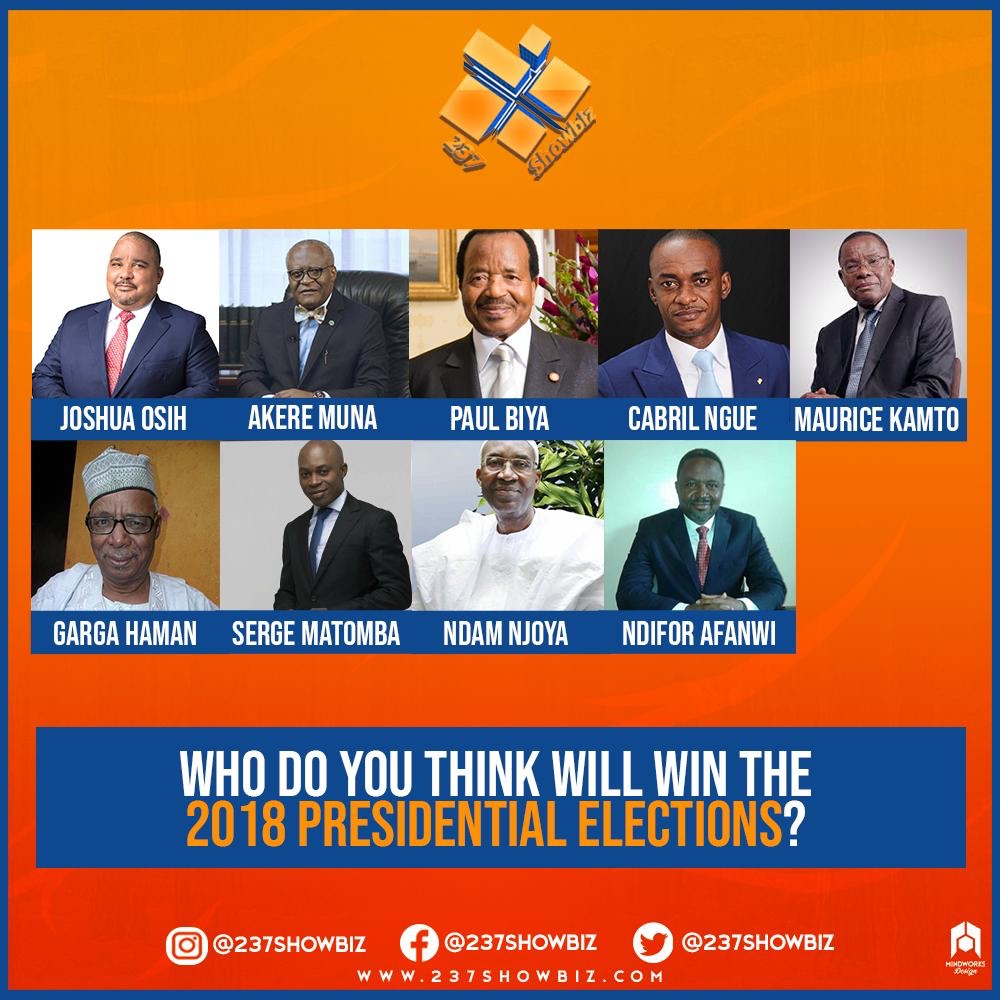 Apart from some few artistes such as Longue Longue, Valsero and One Love who have more than once ventured into political discourse, many artistes and other in Cameroon have customarily restrained from engaging into any political activities. But this year a good number of them have come out to declare their support for one candidate or the other, some have gone as far as using their voice and influence to gain supporters for their favourite candidates. In many parts of the world entertainers, especially artistes at a certain point in their career become real symbols and as such excess a huge influence on the thoughts and emotions of their fans and in some cases they become a voice to the voiceless and as such they have often used their voice to decry socio-political ills that plague their various societies, some people have even adopted it as their musical niche, such as Lapiro De Mbanga who is now of late. With a lot of entertainers now whole heartedly involved in politics, notably the presidential elections which are scheduled to hold tomorrow, we cannot help but wonder what their contributions will impact. Cameroonian entertainers have gathered a lot of influence over time and at this crucial time their voices are very critical, even though some have seemingly already fallen in the bad books of public opinion by rallying behind the person who is generally perceived as the wrong candidate. This is mostly true in the case of Samuel Eto’o four time Best African Football Men’s Player, who declared his unwavering support for the incumbent candidate Paul Biya, this blunder by the star provoked a great wave of backlash and we can now rate him somewhere on the list of top ten most hated public figures in Cameroon. Some artistes have been on the campaign trail with their chosen candidates such as Longue Longue who joined Akere Muna in Limbe a few days ago for campaign One Love has been out with Serge Espoir Matomba, Mathematik has been actively involved with the CPDM and Koppo has been seen campaigning for Joshua Osih on several occasions.

Cameroonian entertainers seem to be waking up to the fact that they can be of real influence and relevance in the country even when it concerns very sensitive issues as presidential elections. They are now fully aware of their ability to help shape a future for their country and as such a lot of them are doing everything they can to assure that their contribution counts for something in the upcoming October 7th presidential elections. Can this move by Cameroonian entertainers be of any useful impact, are they driven by self interest to get attention or are they genuinely concerned about the future of Cameroon or is it even necessary for entertainers to meddle in political issues? Drop your thoughts in the comment section!