Some Cameroonian Artistes Wonder Why Fally Could Fill Up Palais Des Sports But They Can’t!

Saturday last week say Congolese singer Fally Ipupa shutting down Palais Des Sports, the Multipurpose Sports Complex of Yaounde. The capacity of the arena is 5,263 people. The Congolese singer was able to pull a huge crowd of Cameroonians and other nationals who came to catch the vibe and have a taste of his live performances and see how he moves his body to the rhythm of those Lingala words on every sound. Now this happens to be a world class artiste who has been in the game for more than a decade, has 5 successful albums and over 35 hit songs.

Tenor was the very first to call the attention of this act. Wondering why many fans can actually afford concert tickets for a foreign artiste but are reluctant to do so for their own brothers. 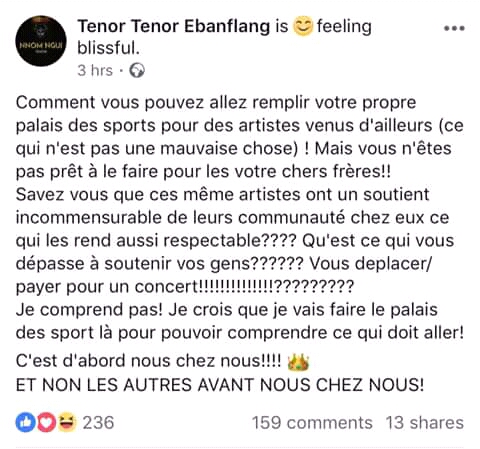 The rapper went ahead to promise everyone that he will be doing a show at the same venue. The support he has been getting so far is encouraging. This morning, the Director General of the TV station vision 4 Ernest Obama had this to say, screenshot below. 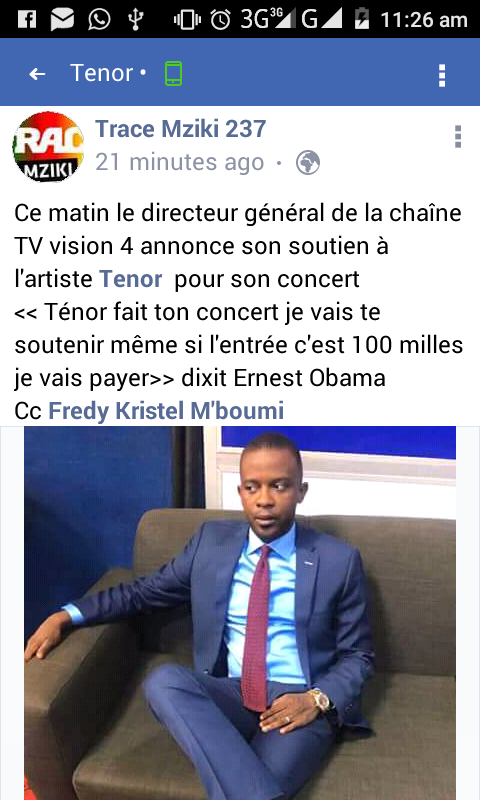 Apart from the Vision4 Director General, other artistes have opted to show support for the rapper, LOCKO takes the bold step and sends his support to fill up the multipurpose sports complex, the screenshot below shows his words. 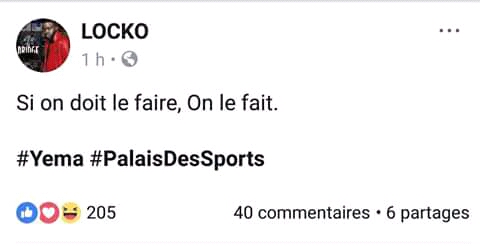 Now, do you think Cameroonian artistes have been able to work so hard over the years to brand themselves so much so that they are able to fill up stadiums and shows? What do you think Tenor is trying to prove? Is he implying that Cameroonians can fill up a stadium when it comes to him or is he carrying out an experiment to figure out how stadiums and shows can be filled so that other artistes can adopt?
At this stage, other Cameroonian artistes are asking questions and wondering what they need to do for a huge crowd to come out that way, below is a screenshot of Bamenda Boy Magasco appreciating the legend and asking what they need to do. 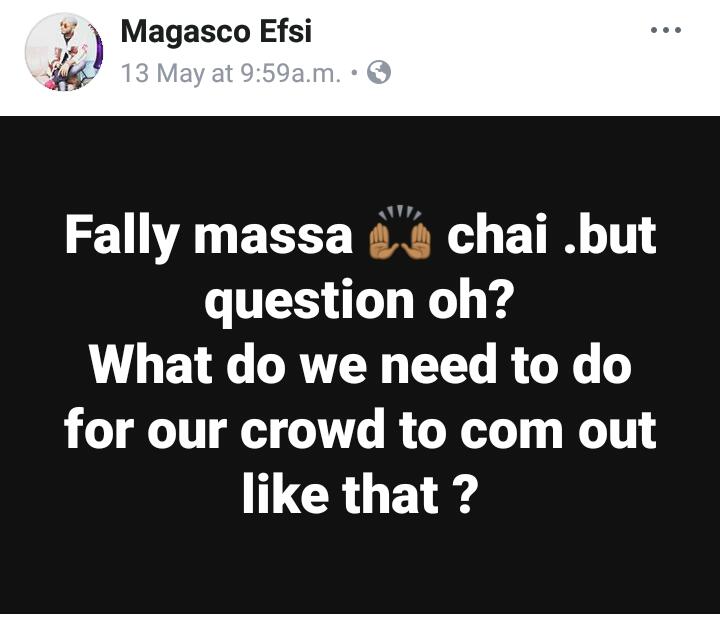 Note that Ballantine the whiskey brand heavily promoted Fally’s concert in Cameroon. They didn’t rely on Facebook hash tags and shares. I remember this Fally concert was ads on almost all YouTube videos I watched this month. According to Salatiel’s reply to Magasco’s status update above, success like this comes with time. The only solution is to work and keep being consistent. Have a good branding strategy as well. 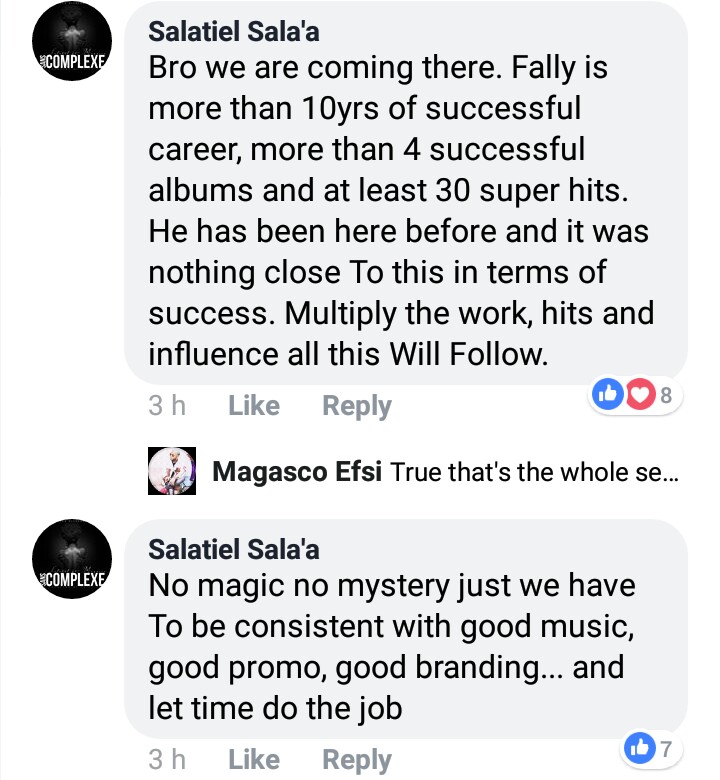 Tell us what you think.