Syndy Emade’s movie, A Man for The Weekend, gets nominated at the Golden Movie Awards Africa to be held in Ghana

The organisers of the Golden Movie Awards Africa (GMAA) have announced that the auditors for the awards have come out with a list of films that have qualified for the final stage of the process and Cameroonian Movie titled ‘A Man For The Weekend’ produced by Syndy Emade for Blue Rain Entertainment  with 4 other Cameroonian movies (H2O , Tenacity,  A Good Time to Divorce , Two Ways)  namely were all shortlisted.

The nomination announcement will be held in cote d’ivoire on the 20th of May 2018 where the various categories of the qualified films will be announced and the main event will be in in Ghana on the 2nd June 2018.

GMAA is an annual award that celebrates outstanding achievement in African television and film. The awards is a performance based awards scheme and not popularity.

We are proud that  some of our own made it to the nominations. 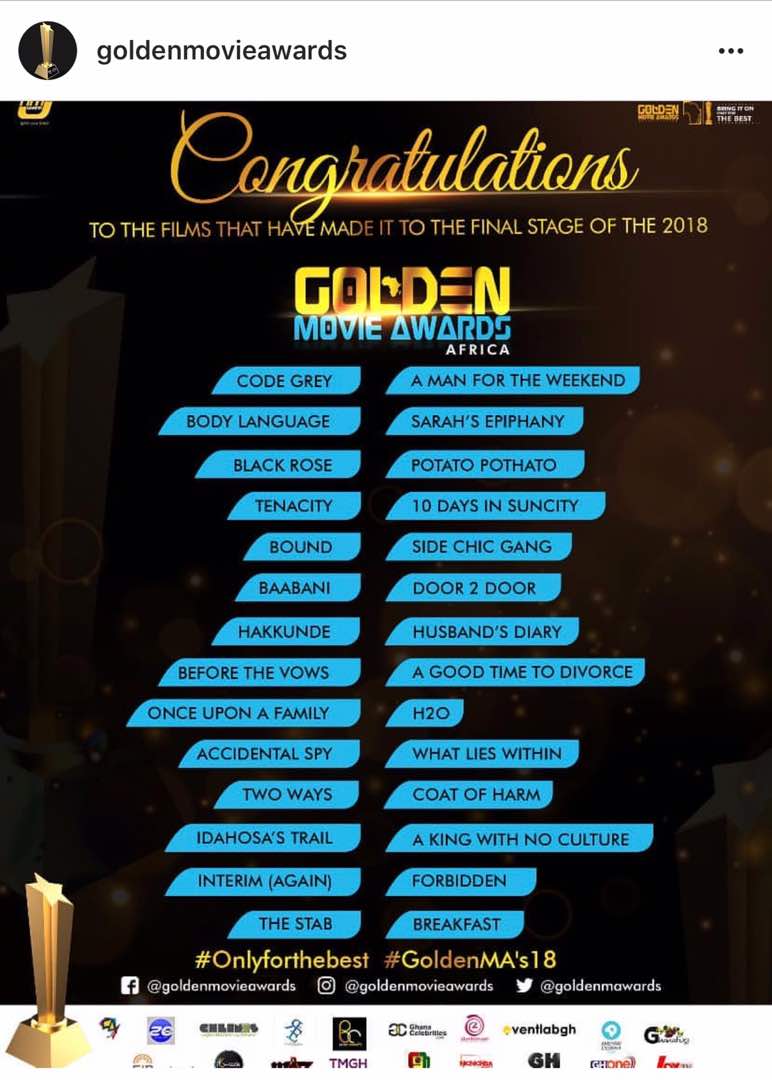 The Movie industry is Catching up! Kudos to the Nominees. #WorkDey #BolloDey