“The Only Real Nigga Still Left In The Game. The Rest Are Fake As Hell” Singer Fhish Gasconades!

“The Rest Are Fake As Hell! The Only Real Nigga Still Left In The Game Is Me”

Singer Fhish has been on the lips of many in the last quarter of the year 2019 and he didn’t seem to get off the topics of many discussion in the new year. With a lot of controversy surrounding his alleged invitation to perform at the Stanley Vs Enow concert and him later turning down the offer, many think its one of the greatest mistakes he has made so far this year.

The singer took to his social media earlier today and made the statement.

He wrote; “The only real nigga still left in the game. The rest are fake” 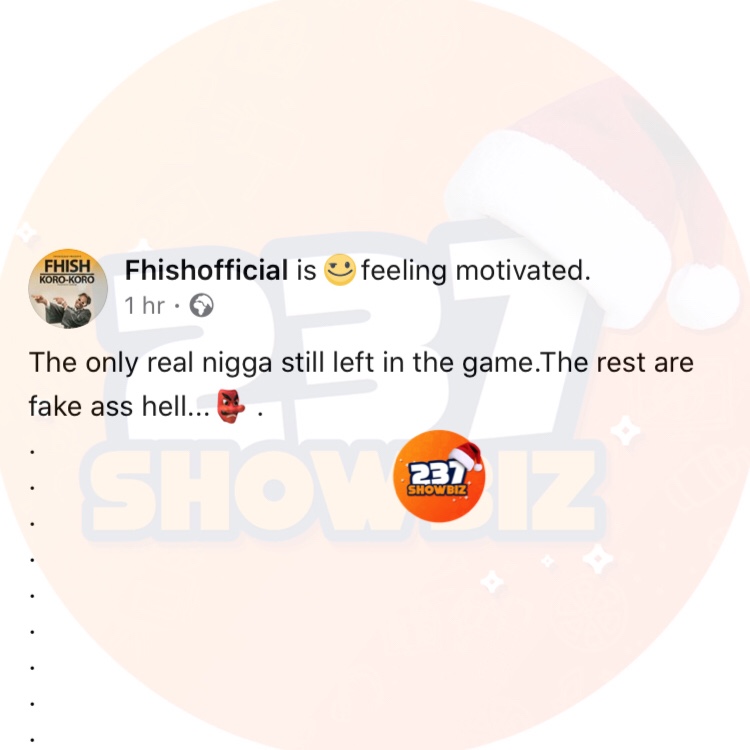