In a Facebook LIVE session with Cameroon’s No1 Entertainment Platform 237Showbiz, multi-award winning singer, producer Salatiel of Alpha Better Records revealed that his passport to Beyoncé‘s album “The Lion King: The Gift” off the track “WATER” featuring Pharrel Williams” wasn’t his hit songs such as ANITA, Weekend, Toi et Moi, rather, what caught the attention of Beyoncé’s team were songs which did not really make a huge impact as  hit songs. A good number of them were just the kind of projects you throw out there and be like hey! “Let me get this out of my computer, it’s been long!” 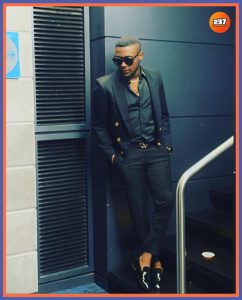 Songs such as “I Am Salatiel” which is a freestyle and rap song, One Day Na One Day (Theme song for the series Bad Angel) and also the fact that he could go versatile and sing, rap and still do reggae classics such as “One By One”.

The superstar concluded by advising youngsters and other colleagues never to be scared of releasing music as you never can tell which will put you out there.

With his album titled “Africa Represented” slated for February 2021, we have no choice than to anticipate this lovely body of work as described by Salatiel. So many featuring on the album, nationally and internationally, one has to start saving now in order to purchase like a king in February. And if you are putting up a Valentine’s season gift basket, remember to add the album to spice up moods on dates.

Check out the song “Water” By Beyonce featuring Salatiel and Pharrel Williams available for download on 237Showbiz.