These are those artists who have been able to steal the spotlight this year in less than no time. Apart from their hardwork, they have gone as far as proving to their fans their consistency in not only releasing good hit singles but also albums and tours. 237showbiz.com brings to you a countdown on the TOP 10  Kamer artists to Watch out for  in 2017.
10. Mimie 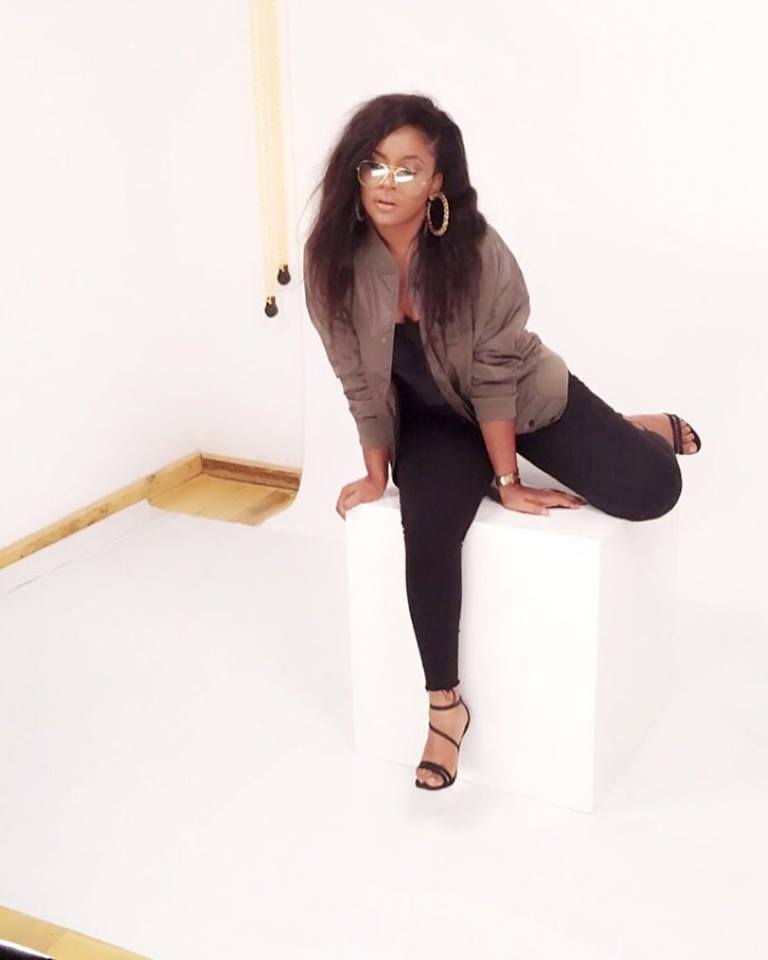 With songs like ”Dance Fi You and Dona” produced by PhillBillBeats and Salatiel, accompanied with videos like shot by the likes of Mr. Adrenaline, it is obvious that an emerging artist of her caliber has stolen the spotlight. With over 15.000 followers on Facebook, the young talented artists has gained grounds in the Camer music industry and it doesn’t look like she’s ready to leap.
9. Ewube 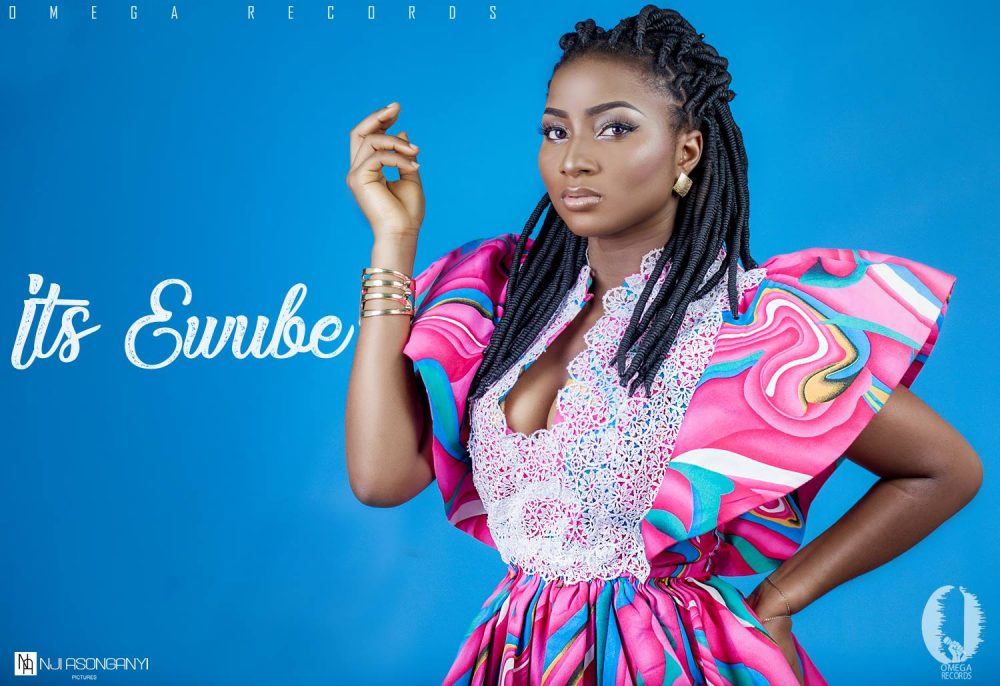 Oh yes! on our 9th spot is Ewube, Mrs ”Choleh Me”. Coming into the music scene with hits like ”Party all night and Choleh Me” Ewube won the hearts of her fans when she recently dropped her latest hit ”Fall 4 U”. The song was well appreciated by her fans and cherished by music lovers, with a storyline full of love, the video has been making waves in Camer and all over Africa. We hope she remains consistent and continues in that pace.
8. Kikoh 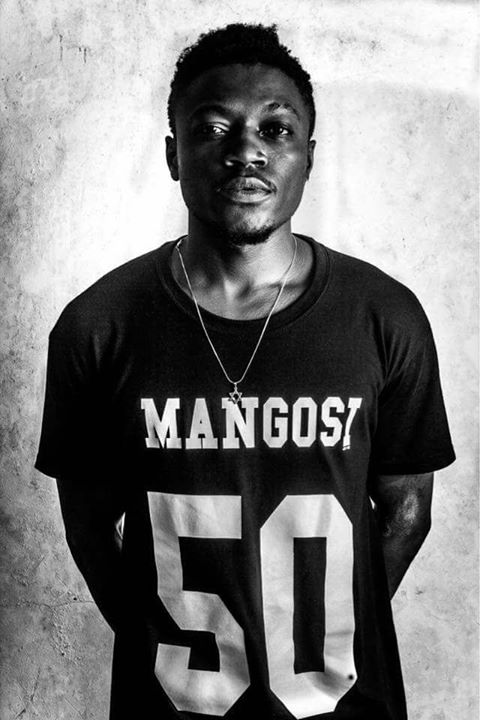 Oh!  Calamity!  Kikoh Calamity as he is fondly called is the kind of rapper whose fans never imagine what his next steps look like. An energetic rapper if you would agree. Kikoh came into the lamplight with his hit single ”Mukum” produced by DJ Pazzo Aka Sangtum. With beats to kill for, the young rapper left bars upon bars on Pazzo’s beat. He also featured on Ngoma’s Mangosi with the chorus. Kikoh has been dropping series of freestyles including videos he titles Calamity. I guess this is one of his ways to stay relevant.
7. Boy Tag 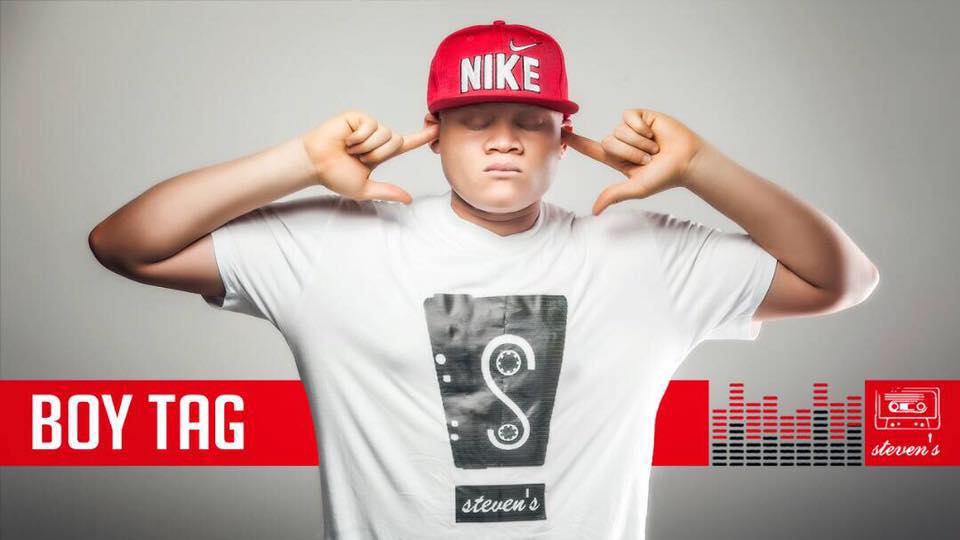 Boy Tag is a new comer into the game. Many of you reading this will wonder why he actually made it to the 7th spot. With his freestyle under his newly signed label StevensM, he stole the spotlight and was on the lips of many. Some fans actually compare him with Ko-C in terms of speed and delivery. If with just a freestyle, Boy Tag is getting competition already, then he deserves the first spot. His first hit single ”mignoncité” shot by Dr. Nkeng Stephens is already being aired in Ivory Coast. With such speed in progress, we wish he surprises us more with good packages.
6. Ngoma 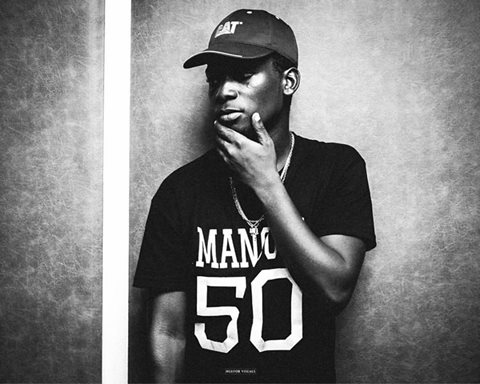 From the days of ”Ova Sabi” ft Banye to ”Sors De Ce Corps” Ngoma has stayed real and true to his rap. being one of those artists who isn’t scared of his delivery as he raps in English, French, Pidgin English and his vernacular. Although critics fell on him for using his dialect, saying he might remain local,  he has proven otherwise by sticking to the script. His just released single ”Mangosi” ft Nernos and Kikoh made waves in a very unpredictable manner. A line by Nernos which says ”Le Makossa est mort oui ça me plait” was not welcomed by some of the big names in showbiz. However, if its the truth, it sure must be spoken. Kudos Ngoma!
5. Skidi Boy 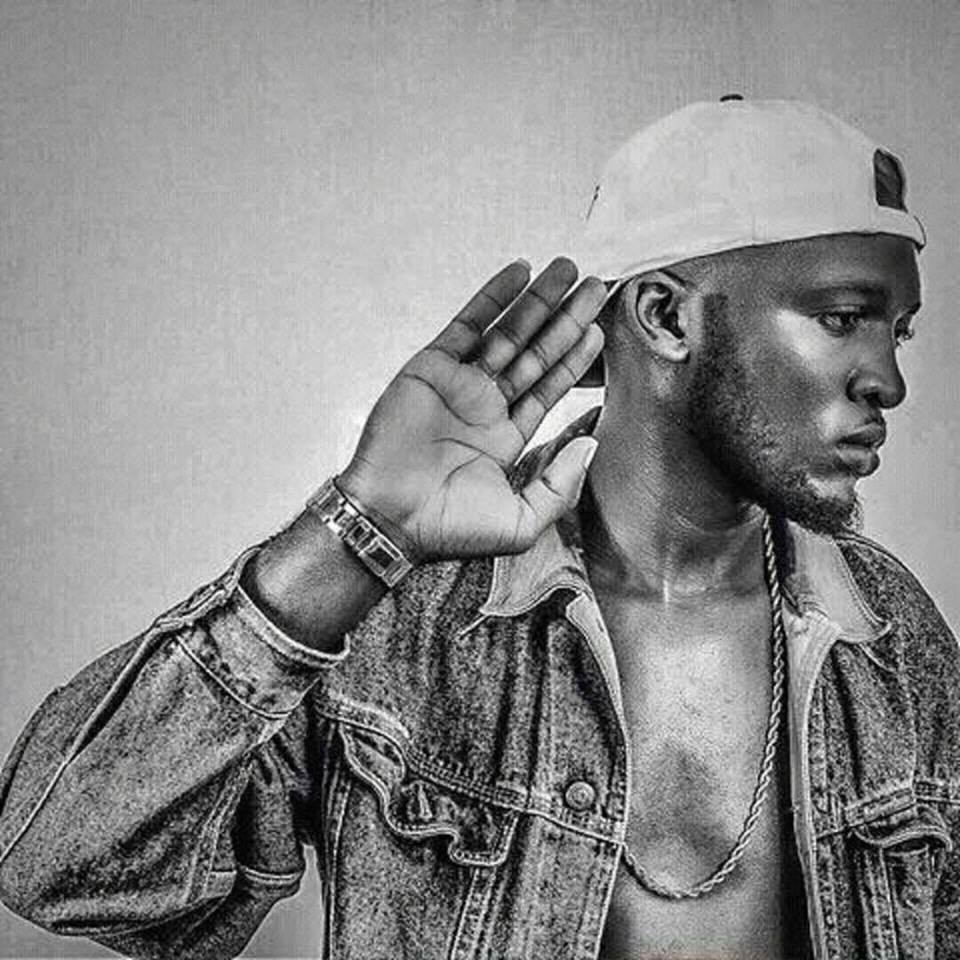 On our 5th spot happens to be the one and only ”Nanga Mboko”. Skidi Boy who recently created his own Record Label by name SBNation is a proud owner with about 5 hit tracks to his name. ”Na4Yaoundé,  Welcome for Kwata ft Askia, Gerat, Terminator, Nanga Mboko. His latest hit Nanga Mboko has been making waves non stop since its release. Skidi Boy came into the spotlight with a new style of flow never seen before. That’s what makes him unique in the Kamer music industry. While waiting for his first album ”Am The Man” (ATM), we wish he remains in his lane and keeps giving us good music
4. Blanche Bailly 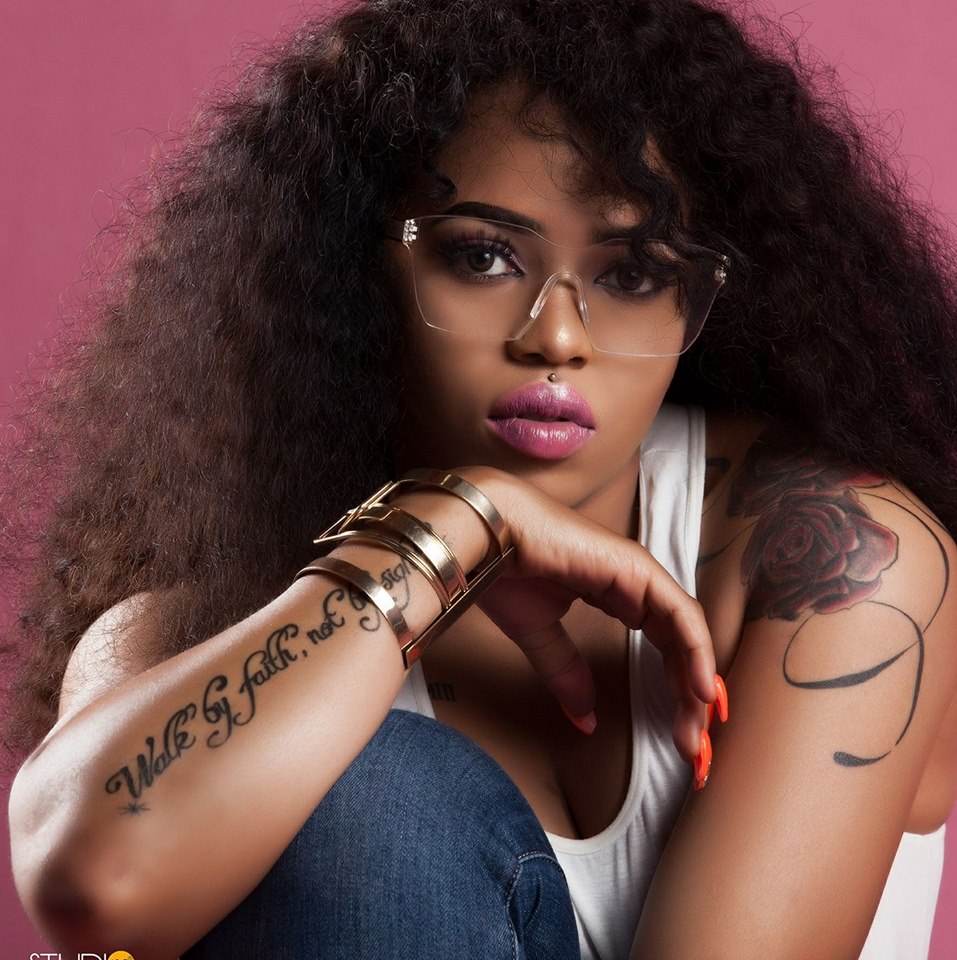 Apart from her looks, her Coca-Cola shaped figure 8 body, Blanche is also very talented. With only 2 official hit singles ”Mimbayeur and Came We Stay” you all will agree she has stolen the spotlight and is definitely here to stay. Her latest hit Mimbayeur raised eyebrows with the deadly French Kiss with Minks’. I know till date, many of her male fans look jealous whenever they watch that particular scene of the video. Blanche was recently criticised when news blew up she charges 500.000CFA for a show. As an upcoming artists who already knows her value, we pray she makes it to a milli in less than no time.  Kudos!! QueenMimba.
3. Ko-C 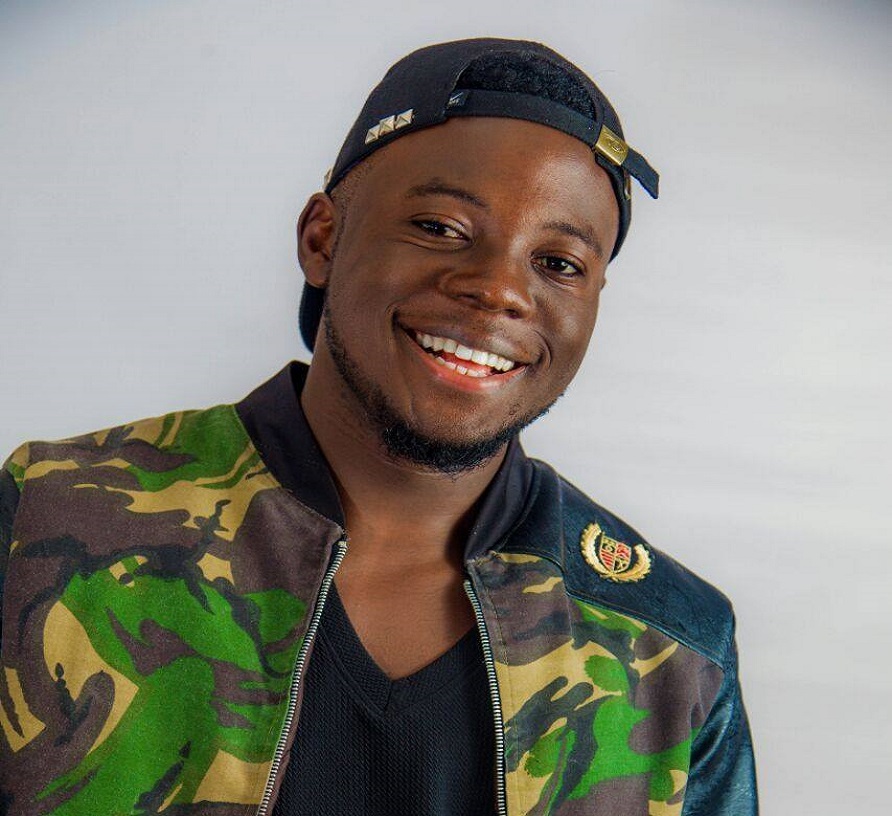 Anyone who followed Ko-C from PIM Boys to Big dreams already saw his potential in the ”Ici au Kamer” music video. Sadly the group collapsed then he got signed into Record Label Big Dreams alongside Locko. Ko-C has been giving us hits back to back and also some mind blowing covers to spice it up. His performance at Booba’s concert in Yaoundé opened a wider fan base for him. Still young in the game, with much to offer, the Camer’s fastest rapper has stolen the crown. Can he hold it for so long?  Many are scared Boy Tag will get hold of it. All we do is watch.
2.  Tenor Ebangflang 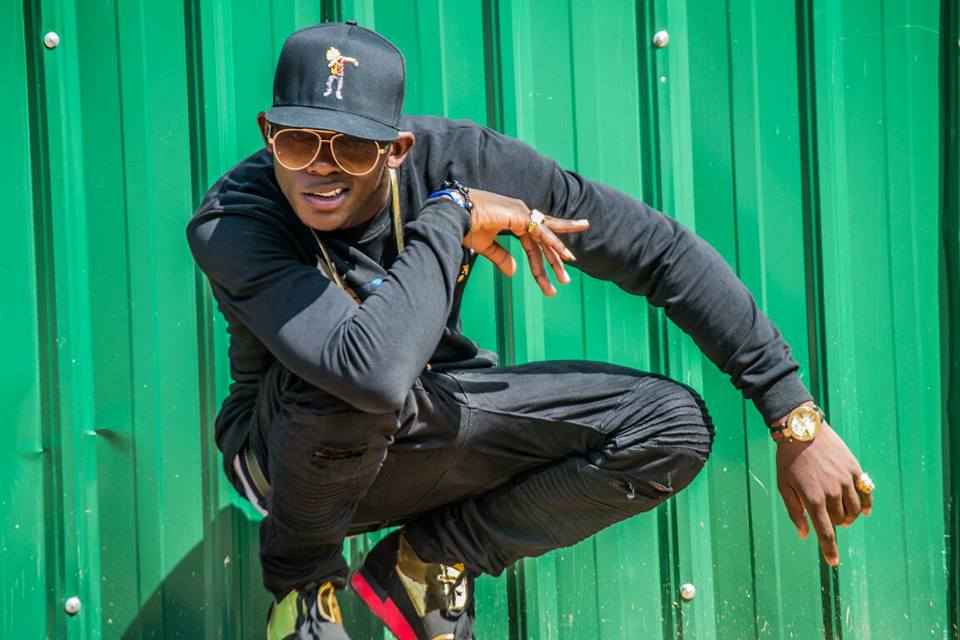 Described as one of Camer’s most celebrated artists, well appreciated and loved by his fans, Tenor is unarguably one of Camer’s Top 3 rappers fans will  send overseas for an international competition to represent Camroon at this early stage of his career. For an upcoming artists who could make the First Lady stand to her feet and dab, then that’s huge. With hits like Kabangondo, Do le dab, Bad things to his name, a solid album with profitable tunes is what fans expect from the young talent.
1.  Minks 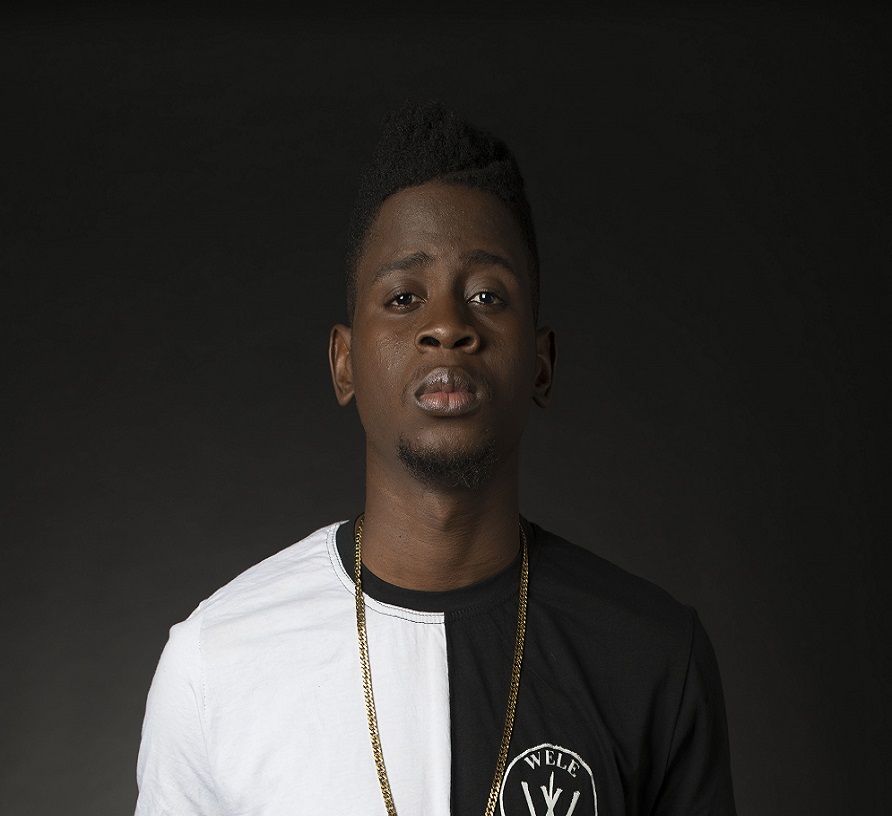 On our very first spot is rapper Minks’.  With an album #Tranche2Vie to his name, sold out international shows he has performed at, hits back to back, there’s no reason he doesn’t deserve first place. Minks’ came into the spotlight with his hit single ”Le gars La est Laid” ever since then, he has been on fire. With collaborations like Mimbayeur ft Blanche Bailly and the kisses. He gained a huge fanbase for himself. Minks recently dropped another hit titled ”Le Number”. With the use of Franc-anglais in his lyrics, fans will always dance to his music.
Tzy Panchak 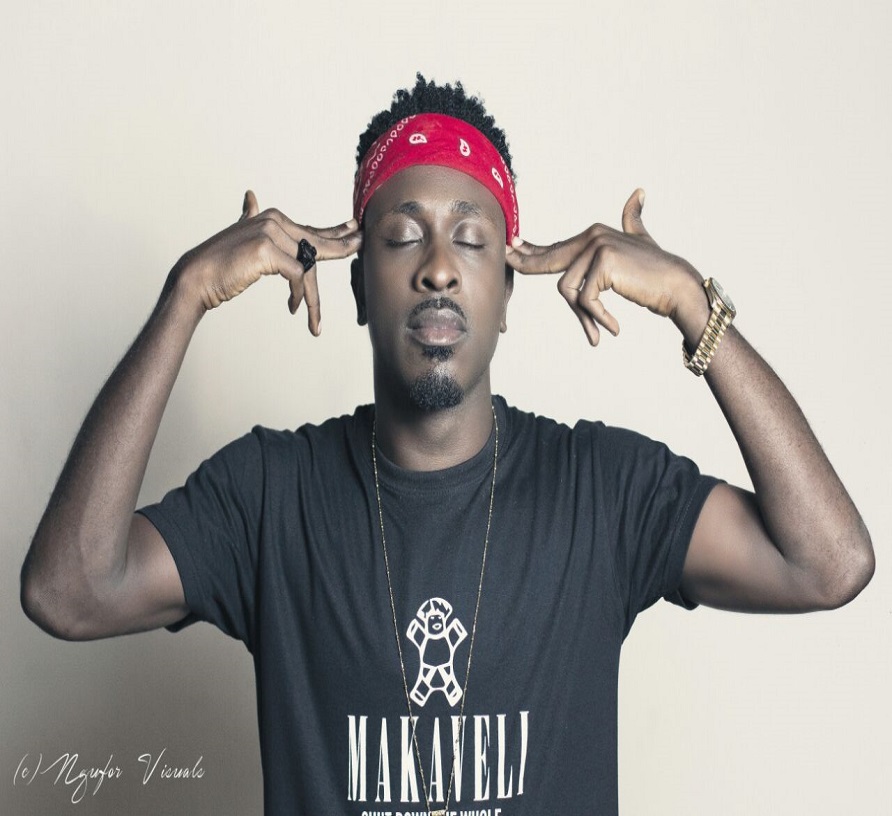 It Was difficult to give Panchak a spot on the Countdown, so we put him in an extraordinary spot. Blu Nations Only Music Soldier has been arguably amongst the Top 5 most consistent artists in 2017. The Ladies favorite in the industry who also happens to be so underrated has been at his best Lately. His Label Blu Nation has been putting in that work to take his Career to the next level. He began the year on a soft note with his single Like that, which he later backed up with videos to his singles  Super Woman,  Mad 4 Yu Luv  and recently Ngueme.  Tzy has just been to0 good in 2017, we cant wait to see what his  Career will look like in a year or two. Panchak boy is definitely putting in that work.
That was our countdown for TOP 10 Kamer Artists to Watch out for in 2017. Please tell us what you think, who you would replace, who deserved a better spot and why?
Share with your friends and discuss.
Victor Kange
(#NaTengiYesu)
[/fusion_builder_column][/fusion_builder_row][/fusion_builder_container]
By Victor Kange|2019-06-09T17:47:23+00:00August 10th, 2017|Categories: Music, News|Tags: Blanche Bailly, Boy Tag, Ewube, Kikoh, Ko-c, MIMIE, Mink's, Ngoma, Skidi Boy, Tenor|3 Comments