Celebrities are famous people, especially in the domain of entertainment and sport. When it comes to measuring fame and popularity, one needs to take into consideration the social media following of celebrities. Instagram is now then platform where celebrities grow their following and keep their fans updated about their day to day itinerary.

These numbers may change in the next minute, but at the time of publishing this article, here are the TOP 10 Most Followed Cameroonian Celebrities on Instagram; 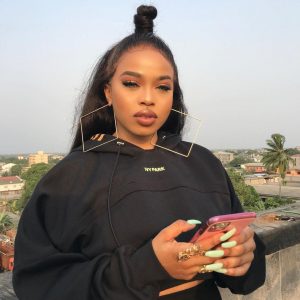 Queen Mimba as she’s fondly called is a Cameroonian singer who rose to fame in August 2016 after the release of her debut official single “Kam We Stay”. Since then it has been hits after hits.
The 25 year old singer holds a record of 1 Million followers on Instagram. Her fashion style, and sexy pictures as well as picture products of her Mimba Kloset online shop is what attracts followers of all gender to her IG profile. She holds the 10th spot. 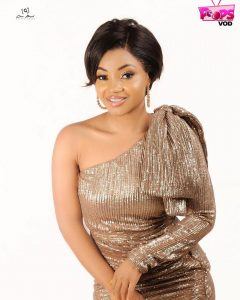 Marcelle Kuetche popularly known as “Poupy” is a Cameroonian actress, director and movie producer. She hails from the western region of Cameroon. Poupy rose to fame in the web series “Pakgne” alongside her partner in crime Muriel Blanche.
The beautiful 28 year old Cameroonian celebrity has over 1.1M followers on the gram who look forward to see what she does on a daily basis. She stands firm on the 9th position. 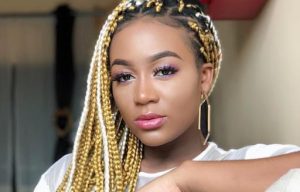 Leumeni Kamcheu Muriel better known by her stage name Muriel Blanche is a Cameroonian singer, entrepreneur, influencer and actress says her bio on Instagram. Her 1.3M Instagram family visit her profile for several reasons. It’s either they are looking for updates about her new movie, single, or information about her health/beauty shop “envoûtée by Muriel Blanche” She sits comfortably at our 8th spot. 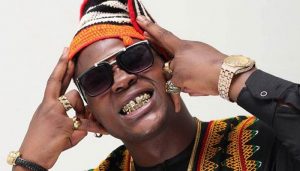 Thierry Mengoumou Ayia also known as Tenor is a Cameroonian rapper who rose to fame with his popular with the success of his track “Do Le Dab”. Apart from his rap skills, Tenor has a crazy signature look in which he makes the pupil in his eye disappear. His fans love this as well. He sits on our 7th spot with 1.4M followers on the gram. 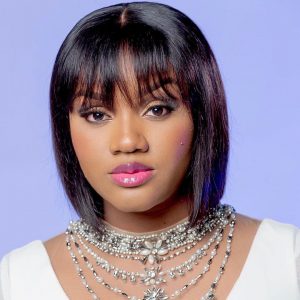 Nathalie Koah is the CEO of beauty care brand Psychee by NK, she’s also the Director of Communication CROOS. A France based financial service. She has over 1.6M followers on Instagram. 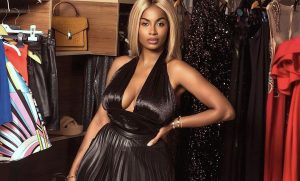 Coco Emilia popularly know as biscuit de mer is a Cameroonian entrepreneur and socialite. Fans are glued to her Instagram on a daily basis as her beauty attracts most of them. Nevertheless, she gained fame by showcasing her lifestyle, relationships and “beef” on social media. She has over 1.9M Instagram followers and this number keeps growing day by day. Coco Emilia is founder and CEO of beauty and cosmetic brand Eyliam. 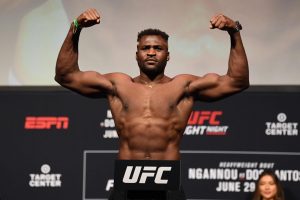 If you are a UFC fan and you hear about a fighter who is known for being the hardest puncher in UFC history and holds knockout victories to some great fighters, you’ll rush and click the follow button on Instagram right ?

That’s the case with 34 year old Cameroonian fighter Francis Ngannou aka “The Predator”. He has over 2M followers on Instagram making him the 4th most followed Cameroonian celebrity on the gram. 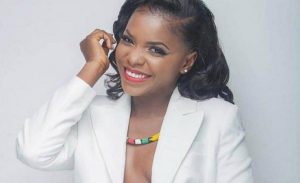 By the time we made a similar article on our Facebook page in July 2020, Daphne still held the 3rd spot with 2.5M followers. After her rape story and how she revealed she hasn’t had sex in 10 years, this contributed to the growth in her following on social media. Her foundation “Be Woman by Daphne” a non profit organization on Mental and Psychological aid for sexually abused girls, followers keep pushing the follow button to get updates on her latest hits and deeds to help young girls that are sexually abused. Daphne has 2.8M followers and we’re sure you are following. 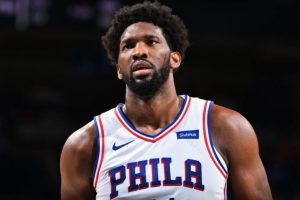 Joel Embiid is a Cameroonian professional basketball player for the Philadelphia 76ers of the National Basketball Association NBA. Lovers of basketball will not hesitate to push the follow button to keep track on all the day to day itinerary of their favorite basketball player. Joel Embiid has held the second position for a very long time. He has 4.5M followers on Instagram. 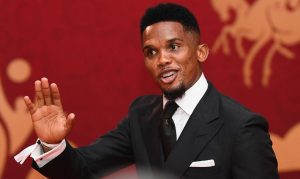 Samuel Eto’o Fils is a former Cameroon international footballer who played as a striker. He is arguably the most popular Cameroonian on planet earth. He played for the indomitable lions and some world class football clubs like FC Barcelona, Inter Milan, Chelsea, and Everton. He is 4 times African Player of the year. He clinched the title 3 times in a row, 2003, 2004, 2005 and one time in 2010.

Samuel Eto’o has held the first position as the most followed Cameroonian celebrity for so many years and this position seems to be in his possession for a long time.

Those were our TOP 10 Most Followed Cameroonian celebrities on Instagram. We promise to update this list as the numbers change in future. Hope your favorite celebs made the list? Well we will also love to be on this list, kindly follow us on the gram too!