Were Jovi Fans Serious When They Said They’ll Quit Being His Fans?

How did we get here? I’m talking about the fact that Cameroonian fans of New Bell Music boss Jovi LeMonstre as well music lovers of his reached a point of no return where they had to back out as being fans of the Don 4 Kwat hit maker. In recent times, Cameroonian fans have been mounting pressure on their favourite artistes to step up and speak on the current ‘’anglophone crisis’’ plaguing the two speaking regions of Cameroon. Many have stood up to say a word or two such as Empire Company’s Magasco, Daphne, Tzy Panchak, Mr Leo and High Man General Salatiel.

However, fans of other artistes weren’t satisfied by the silence of their idols and the pressure mounted on the Mboko God Jovi, pushed him to air out his views about the ongoing situations in Cameroon. Jovi made his point clear by saying ‘’There is no Anglophone problem…’’ what is happening now is as a result of tribalism, he added. 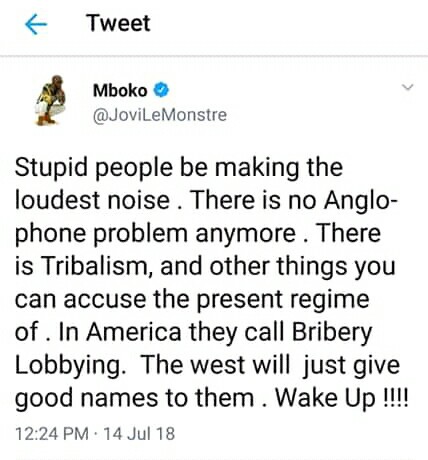 This raised the dusts and pulled the triggers that shot the bullets from the guns of the keyboard warriors from all angles. Fans from all round the globe as well as some political activists weren’t happy with the side Jovi picked concerning the ongoing crisis. As a result, many of his fans backed out and swore they’ll stop being fans. As a matter of fact, some 237Showbees declared that they were going to delete all his songs from their devices, unfollow him on all social media platforms and attached his decisions to constant consumption of cheap weed! Funny isn’t it?
Ever since that incident, the Mboko God went calm and hasn’t made any new rants lately. Matter of fact, we only heard him last week Friday when his label released a compilation EP entitled Tropical Vibes Volume 1 and his contribution was the song called ‘’Inside’’. 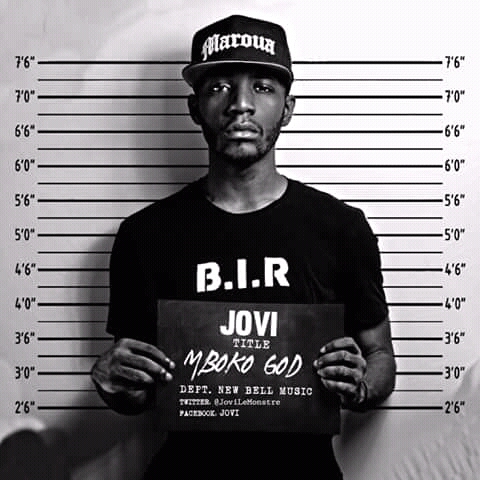 Big question is, are these fans serious they stopped being fans for good? Were they serious? Do you think they will all come back if Jovi wows them once again with something hot! We all know he’s an unpredictable character. Don’t forget you might need something hot to dance out your problems this festive periods.