Where Is Benzil & The 100 Million Strange Kings Promised To Spend On Him In 2018? Fans Worry.

By the end of last year 2017 exactly November 1, during the period of the Strange Kings versus Pascal Yung King Brouhaha, the record label took to their social media pages to announce an important notification about Pascal and any other record label ready to work with him since the rapper was in a contractual relationship with the label. See press release below. 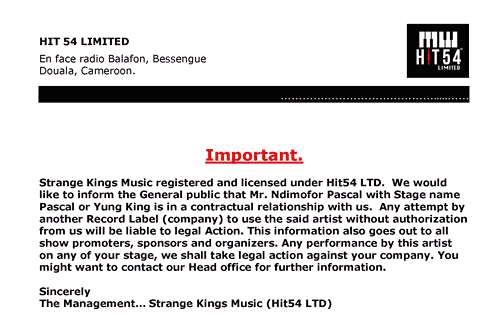 Why fans kept worried and wonder why both parties were crashing, the record label clearly announced a month later on the 17 of Dec 2017 and I quote

“2018 is going to be a good year. SK is going to invest over 100 million in partnership with @hit54studios. #WeLoveOurIndustry #BENZIL2018 #ForTheCulture” 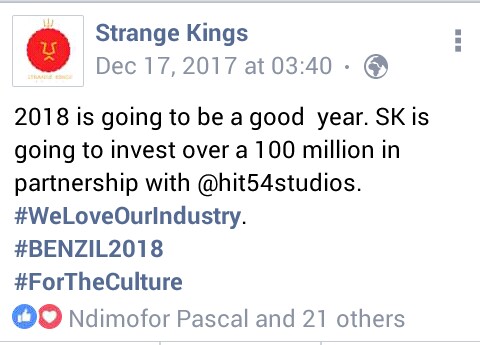 This was one of the biggest announcements of last year by any Cameroonian record label. Unfortunately, we are getting to almost a half of the year and there has been no sign of Benzil or the label promoting his music and making the big money moves. Strange isn’t it?

Although there’s 6 other months ahead, one can say there’s still time for Strange Kings to make big moves on the artiste Benzil as the announced last year but when we turn around and see the Tenors and Maahlox’s trying to shut down Paposy, then we need to have a rethink.

However, Strange Kings has been putting out music through their uprising singer WAZIH who recently dropped a soul touching piece titled “I Will Find You”. While the song was produced by Geega, Geraldrico shot the visuals.

Notwithstanding, the fans of Benzil are worried about the fate of their artiste. Where is Benzil? They keep on asking! Drop your thoughts below let’s discuss!