Why Is Virtual Artiste Ricky Million Getting More Attention Than Some Existing Upcoming Artistes?

To begin with, let us all be clear at this juncture. The fact that you have knowledge or an idea about who is on the dashboard of the social media account bearing the name Ricky Million doesn’t change the fact that he remains a virtual artiste. It all started with his #ChakapTextam series, comedy in a WhatsApp chat by one of Camer’s most talented video directors Mr. Adrenaline. Well we’ll like to leave out the director for now and focus on the main act Ricky Million. A virtual artiste with a virtual La Vida Loca song breaking the internet. Have you ever bothered to ask yourself why Ricky Million has been able to draw the attention of many Cameroonians worldwide? Do you think the problem is that Cameroonians prefer supporting fake things? Why is a virtual artiste able to gather such a following in less than one month? 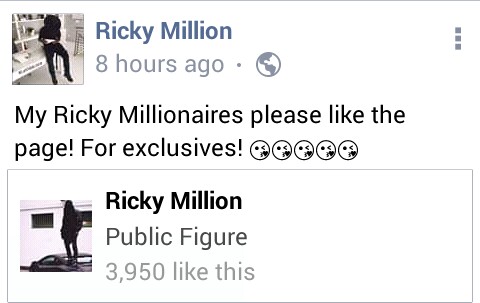 You may want to agree or deny the fact that LOVE, HUMILITY, & SUPPORT FOR EACH OTHER is all you need to draw the attention of your fans and supporters. As an artiste know the difference between your friends, fans, family and supporters. Give back love to your fans, have sessions with them, talk one on one with them. For those of you who have no idea about Ricky Million, we’ve actually seen followers of his posting screenshots of friend requests from the ”La Vida Loca yet to be sang” singer. It’s not all about releasing music and asking people to like comment and share. As an artiste, to what extent do you relate with your fans? The same people who buy tickets to your shows, buy your music and watch your videos on YouTube? It’s high time you created that intimacy with your fan base. Let them feel comfortable talking to you. Accept criticism, show gratitude to encouragements and experience a change in your music career. 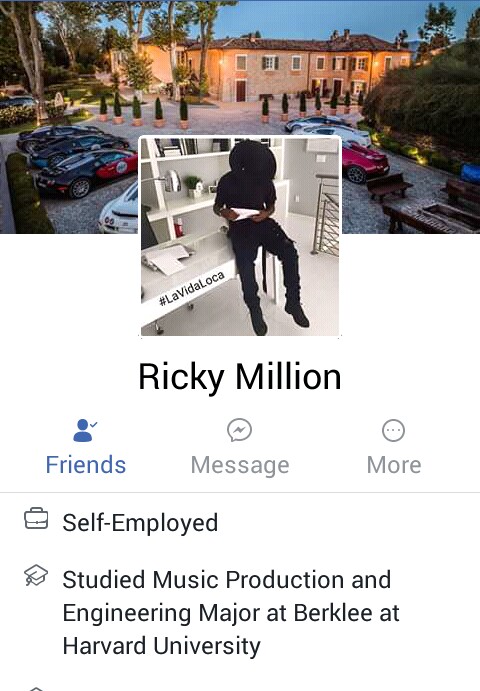 If you think this article is meaningless, you might want to go back and check the following of virtual artiste Ricky Million then compare to other upcoming artistes who have stayed close to a decade in the game.