Will The Efforts Of Cameroonian Entertainment Stakeholders In Calling For Peace In The Ongoing Crisis Yield Fruit?

A new wind seems to be blowing in Cameroonian Entertainment, the stakeholders of this industry seem to have finally woken up from their slumber. A few days ago the members of the Cameroonian Film Industry held a General Assembly meeting in Bamenda to talk about the impact the ongoing crisis involving the two English speaking regions of Cameroon has on the movie industry. Among their grievances was the imprisonment of some members of this industry such as Mancho Bibixy and Tsi Conrad, the death of some others like Walters Ndi, the inability to hold movie premiers in Buea and Bamenda due to curfews and gunshots and the reduce in sponsorship as most sponsors are from the North West and South West Regions and the economic climate there is quite dull. They resolved to add red backgrounds to each of their products with the message “Sincere/Honest Dialogue”, this move comes after a lot of people have been questioning when the entertainment industry will step in and make a statement on the way forward. Well, this seems to be their word. Also, by now we are already quite familiar with some artistes talking about the crisis and ensuing for a solution, their number just increased. “Calee” hit maker Daphne took to her Instagram profile to deplore the conditions in which some people now live due to the ongoing crisis while Cameroon’s most renowned boy trio X-Maleya did

their pronouncement vouching peace. The stakeholders of the Cameroonian Entertainment Industry are now part of the struggle for a peaceful resolution of conflicts, but so far their efforts seem to have yielded no fruit. Will these efforts have any impact on the crisis or are the artistes to do more than Social media posts? 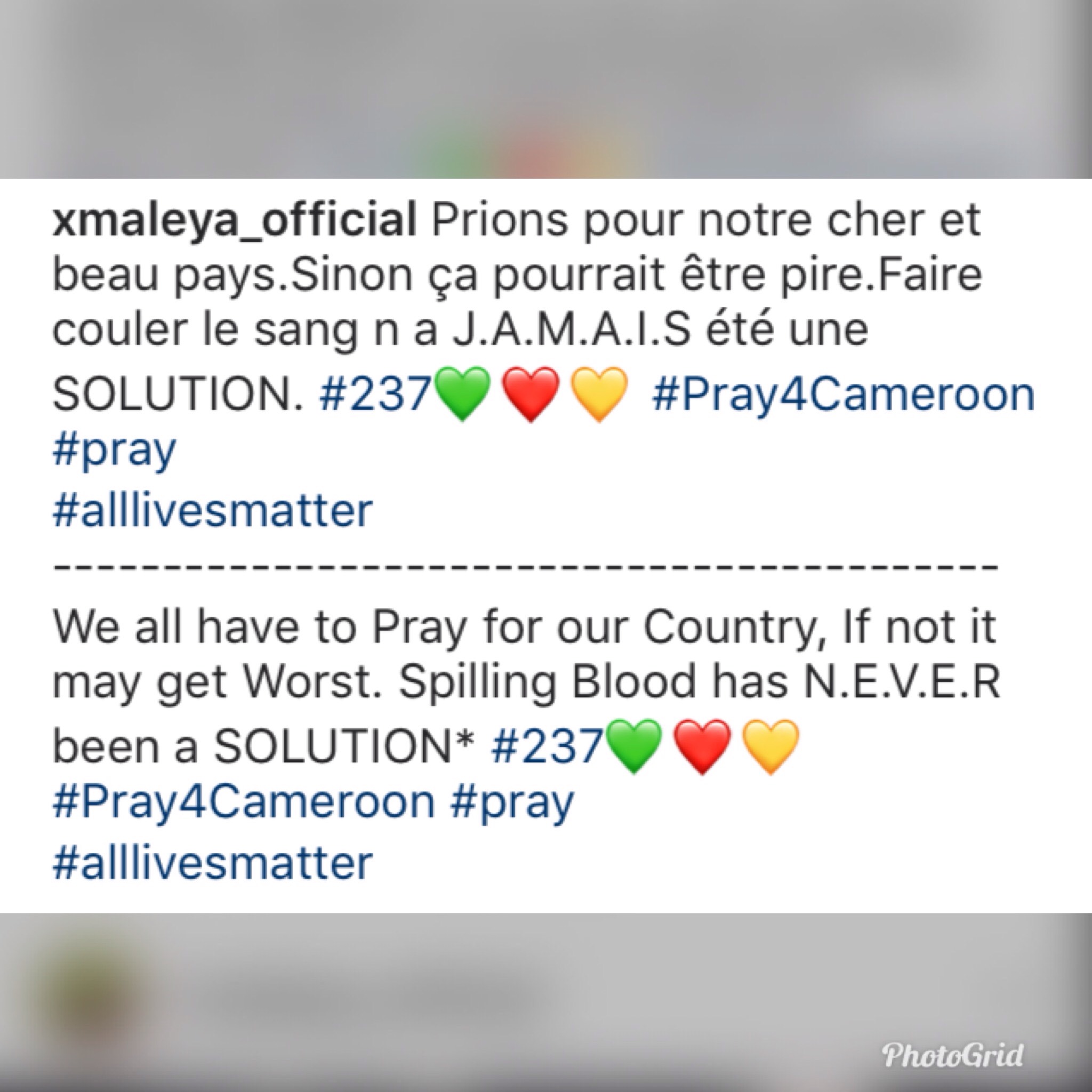