Alpha Better Records entertainer and singer Mr. Leo had it hot with fans last week after the singer showed up in an outfit for the WardZee movie première which wasn’t pretty much appreciated by fans who thought the ”Partout” singer could do better. Mr. Leo who decided to drop a word or two about the much trending story had a few words to say. Check out the screen shots below. 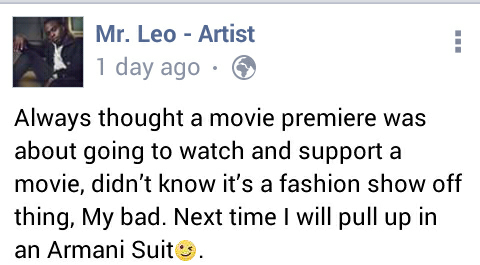 From Mr. Leo’s statement above, it appears the fans were expecting to see the singer in a Yomi Casual outfit or a tuxedo. However, the suit is not the only outfit a celebrity needs to grace a red carpet with. There are numerous designer clothes one can use.

He also had this to say;

Here, the Alpha Better Records singer says the suit is not his style, whereas Mr. Leo rocked the red carpet in Nigeria in 2007 alongside Wax Dey and TV presenter and talk show host MissP looking like this. Check out the throwback photo below. 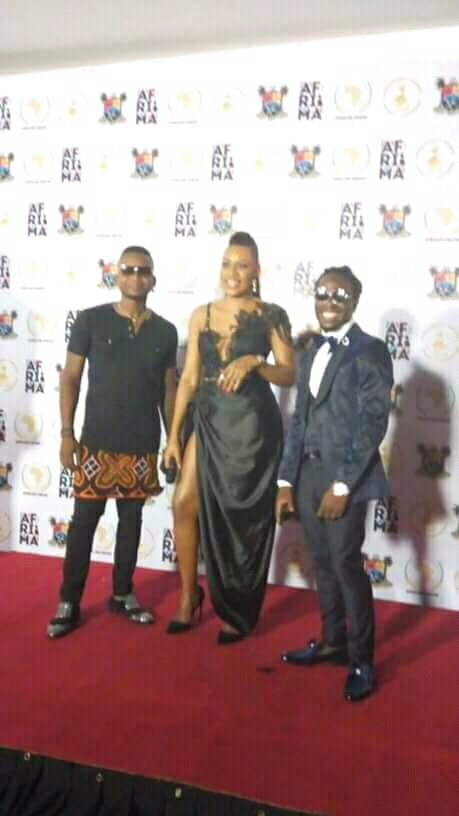 You can wear what you want to wear, just make it look formal and appetising to the media and the fans. (This is the word on the street.) It doesn’t matter if its Armani or Versace, Noni White Wears, Louis Fame or We Trend Ankara. 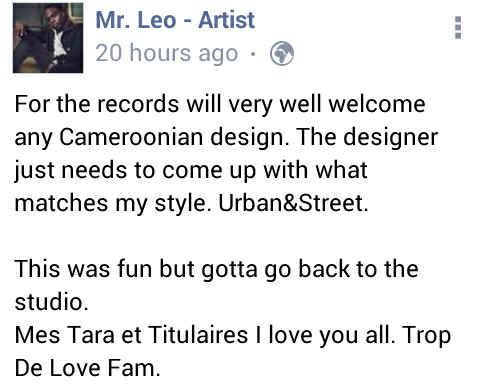 In this other screen shot, Leo décides to confuse even the ignorant fans who know nothing about fashion. He says he will welcome anything urban&street. I for one don’t seem to know what that means. We’re hoping to find out in his next red carpet appearance. Till then stay tuned. Oops! If you didn’t see the Leo outfit that got fans disappointed, check it out below.