After taking 3 years off music due to military service, Cameroonian Artist Master Yen who is also a multi-dimensional composer returns with his sophomore EP “FIVE ELEMENTS”.

Yen explores flavors from Africa, the Caribbeans and America to create an 8 song Extended Play (EP) Track list. Amongst the songs on this EP ,The song “Achiri” is the one that stands out in the mainstream world as it has literally gone viral especially on Tiktok . Numerous social media influencers have hopped on the new trend whereby they dance to Master Yen ‘song as he says on the hook “Achiri Play me da guitar”.

This has made the song spread a lot and grow massively in numbers with the song having more than 3 million interactions and .

He has even been invited to Nigeria for live interviews on radio stations after he’s song has been massively requested by radio listeners around the continent and From the look of things . This song will likely go to more places 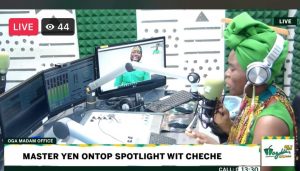 Born in Bamenda, Cameroon Master Yen began his music career by teaching himself how to play the piano at the age of 11. Since then, he has worked with artists such as Prince Eyango, Henri Dikonge, X-Maleya, Tzy Panchak , Minks, and Wande Coal just to name a few. Master Yen plays over 5 major instruments and recently received an invitation to the Harvard School of music to work with the legendary Cellist Yo Yo Ma. His diversity also includes being multilingual as he sings in over 5 languages.

Check out some of the videos below :