Montess’ Afrima win for the Best female artist in Central Africa Category seems to have created enough buzz and put Alpha Better Boss Salatiel & Motherland Empire CEO Martin Enow at their worst behaviours. Salatiel who had earlier openly congratulated Locko for his award while expressing  his dissatisfaction for the award  had many fans  accusing him of shading and showing no respect for Dancehall Queen Montess.  As a reply to this, Martin enow made a facebook post which was allegedly  aimed at Salatiel, the post went thus ” Surprsingly a fellow artist, publicly disses Montes, meanwhile the said artist did not even get norminated ! Envy”.  Salatiel who probably after reading this, was boiling  to send a  claback message went further to  post this on his timeline :” I don’t talk to ghosts who hide behind their little one’s hustle to have a voice“.

Well for about 2 days,  we thought everything had died down untill  Martin Enow  took some time to warm up the  beef. He had some  mean words for the Alpha Better Boss Salatiel and female rapper Askia.  See screenshots bellow, and tell us what you think about this. 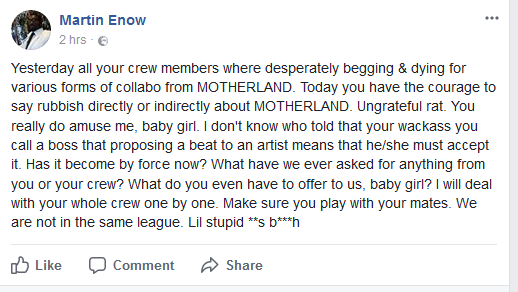 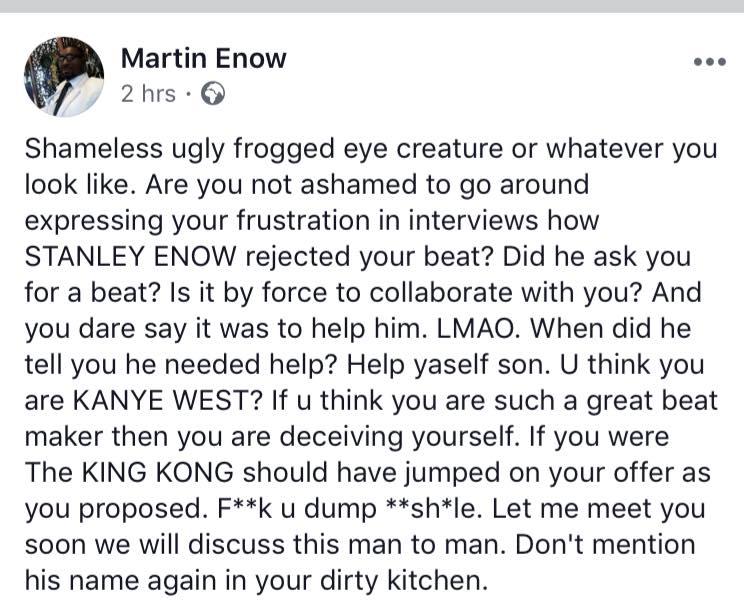