FHISH Signs a Collaborative Contract with UK based ATM Entertainment

Fast rising Cameroonian singer FHISH who recently released his EP titled “I’M Cameroon” has signed a Partnership Collaborative contract with UK based ATM Entertainment owned by a Cameroonian. The Singer took to his social Media to announce this great news with his fans few days after releasing his debut EP which is making waves in the Cameroon music industry. The announcement was accompanied by a Press release and some photos of celebration from the Rising singer and his Gophmen relaxing over some food and drinks. We wish the singer & New Partner ATM Entertainment well in their next adventure as fans wait impatiently to see what’s up next from the talented, versatile and energetic performer. See Press release, and some photos from the signing ceremony. 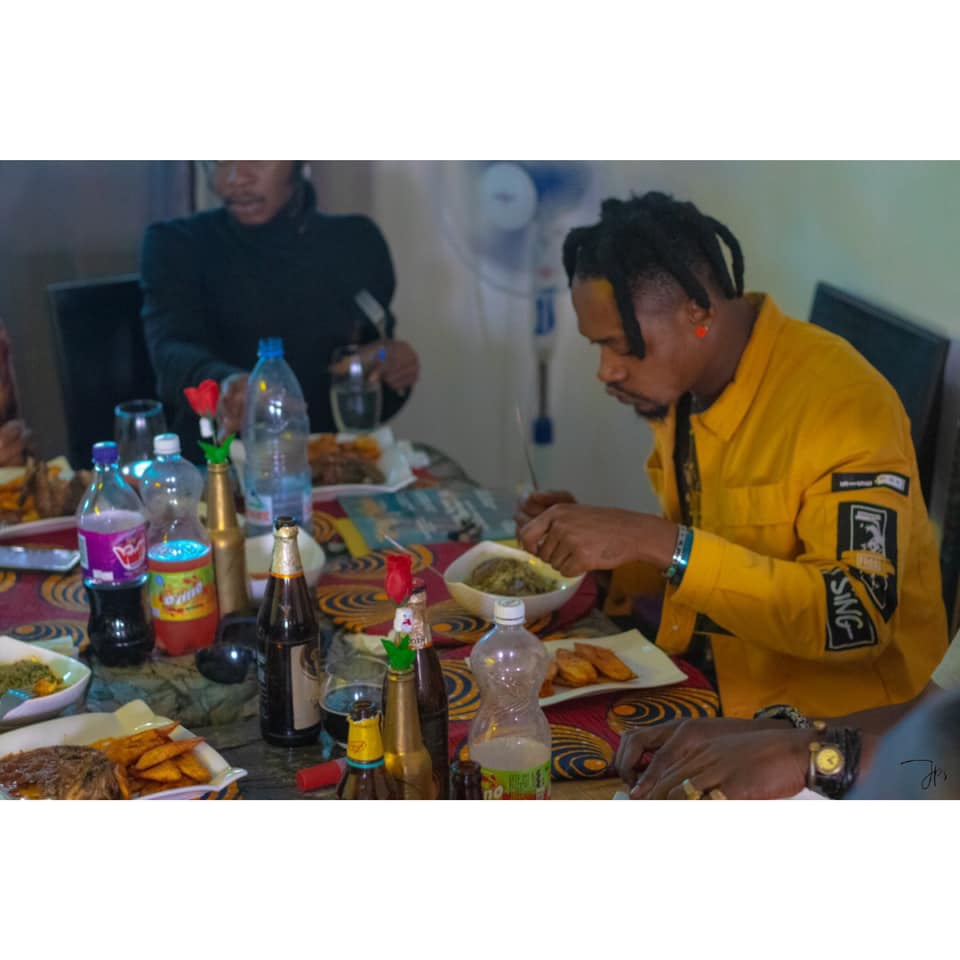 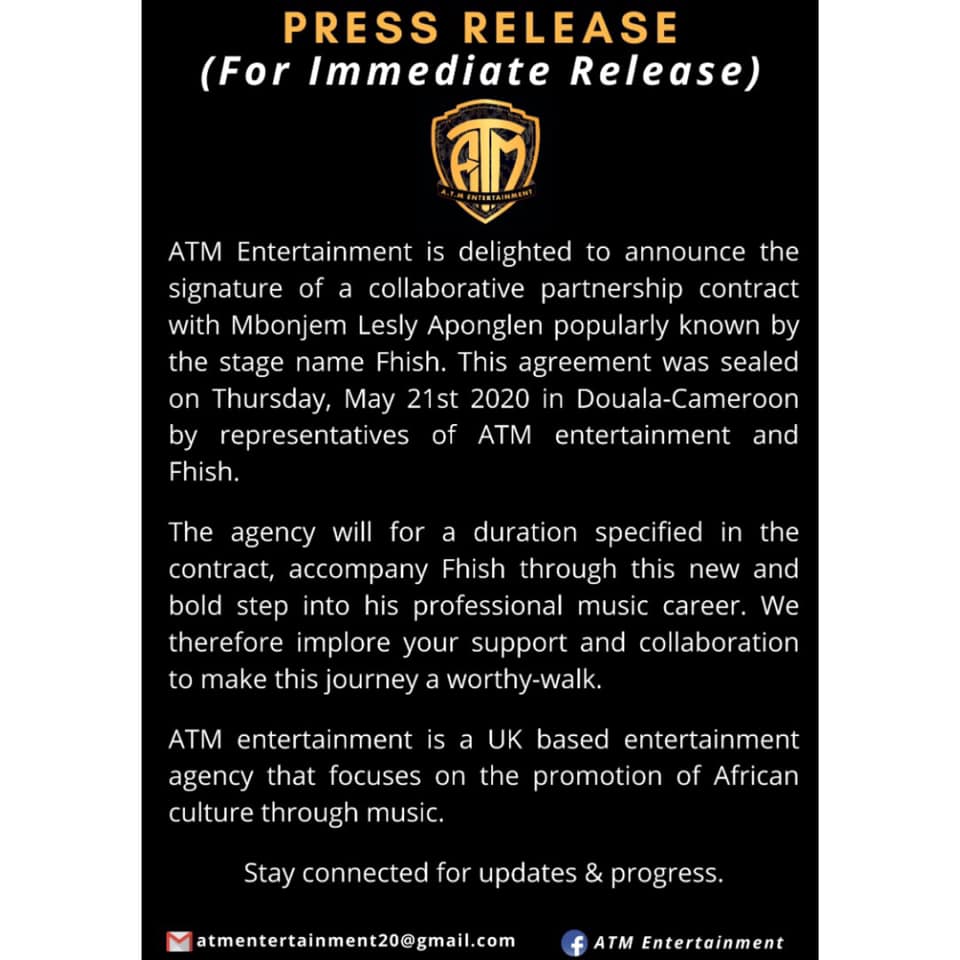 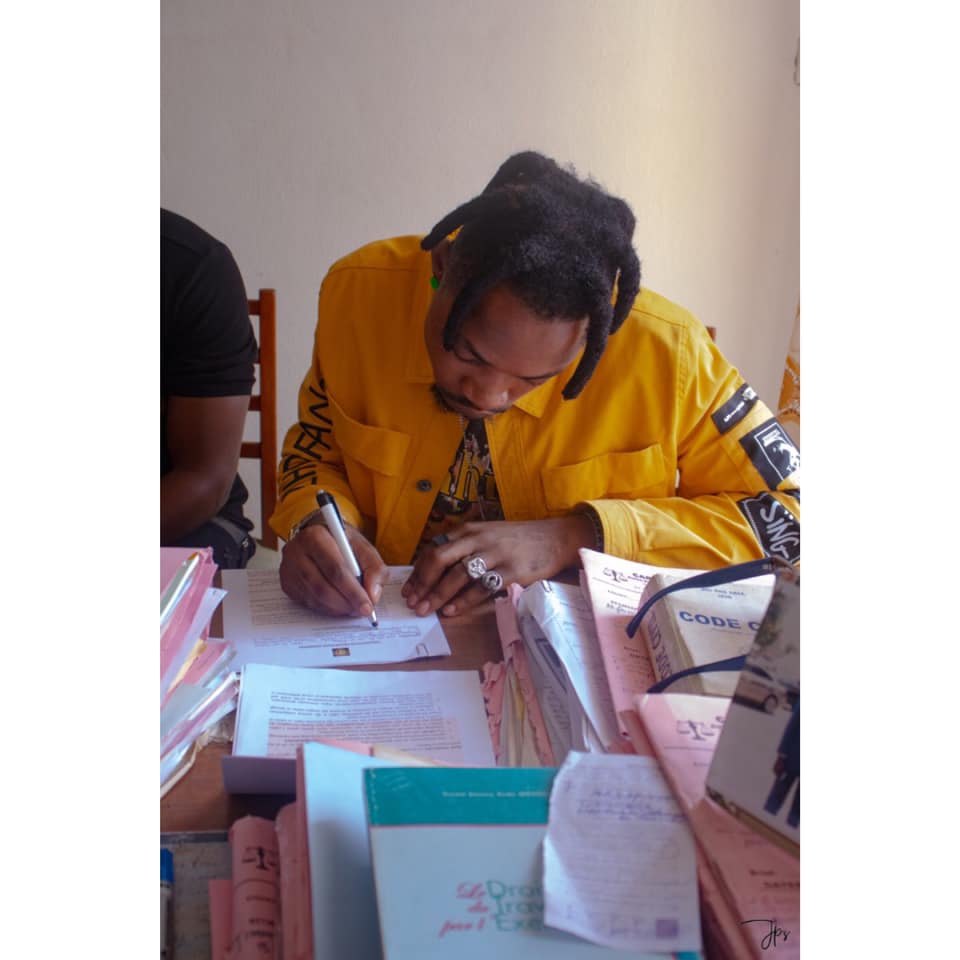 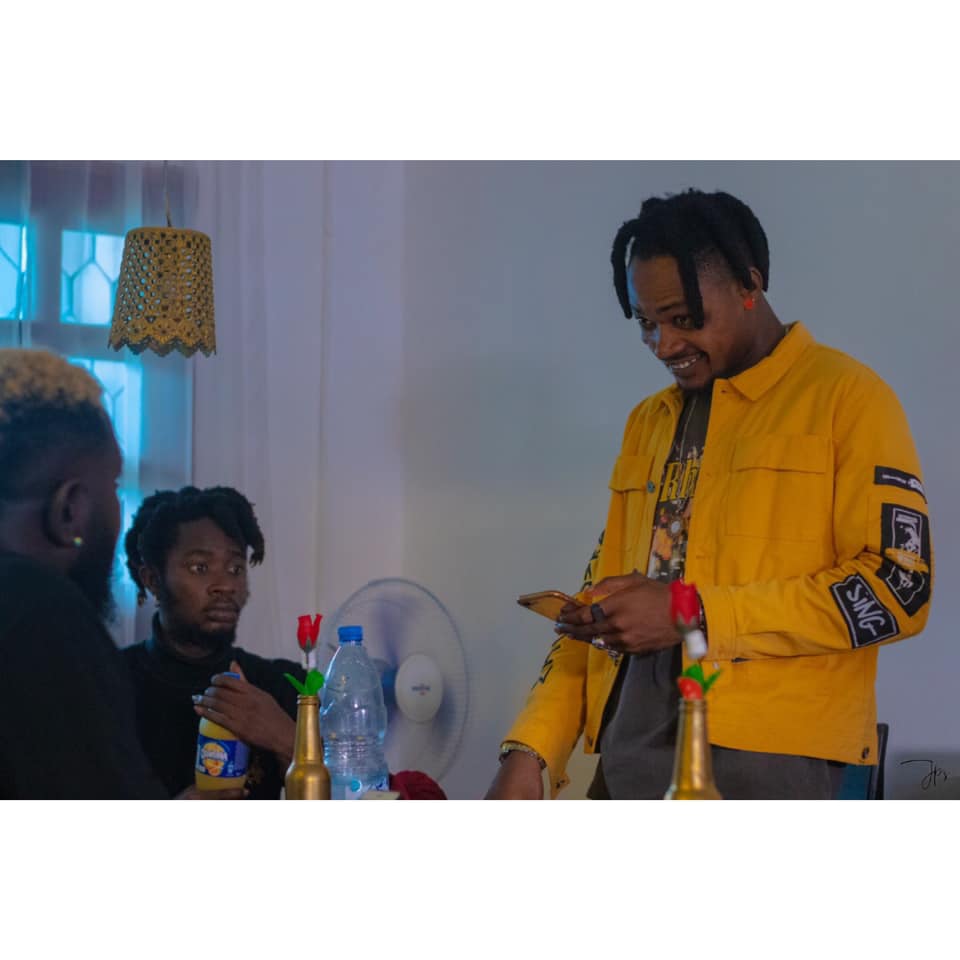