Dropped in the space of 24hrs, the silver bullet track mockingly asks 237 rappers how they all trying to change the rap game when “over 20 years the country hasn’t been able to change her second president“. Poignant words many media personalities with Rappers have described as flatly disrespectful, especially to an entire nation. He went ahead to mention the famous 1986 Lake Nyos disaster, quoting it to be the last explosion that gave Cameroon the deadly explosion. Many Cameroonians didn’t take this lightly and some took to their social media to express their minds.

Amongst such reactions was that of Rapper Jovi, aka Mboko God, who apparently offended, took to his Twitter account to say, “LJ I will address you about this fuckery you did only once. NEVER DISRESPECT MY COUNTRY. I am warning you like seriously. I did that to connect, not to disrespect. I am not a rapper like most of you. If I got beef I see you get hurt. We don’t do that other funny type” See the Mboko God’s tweets below 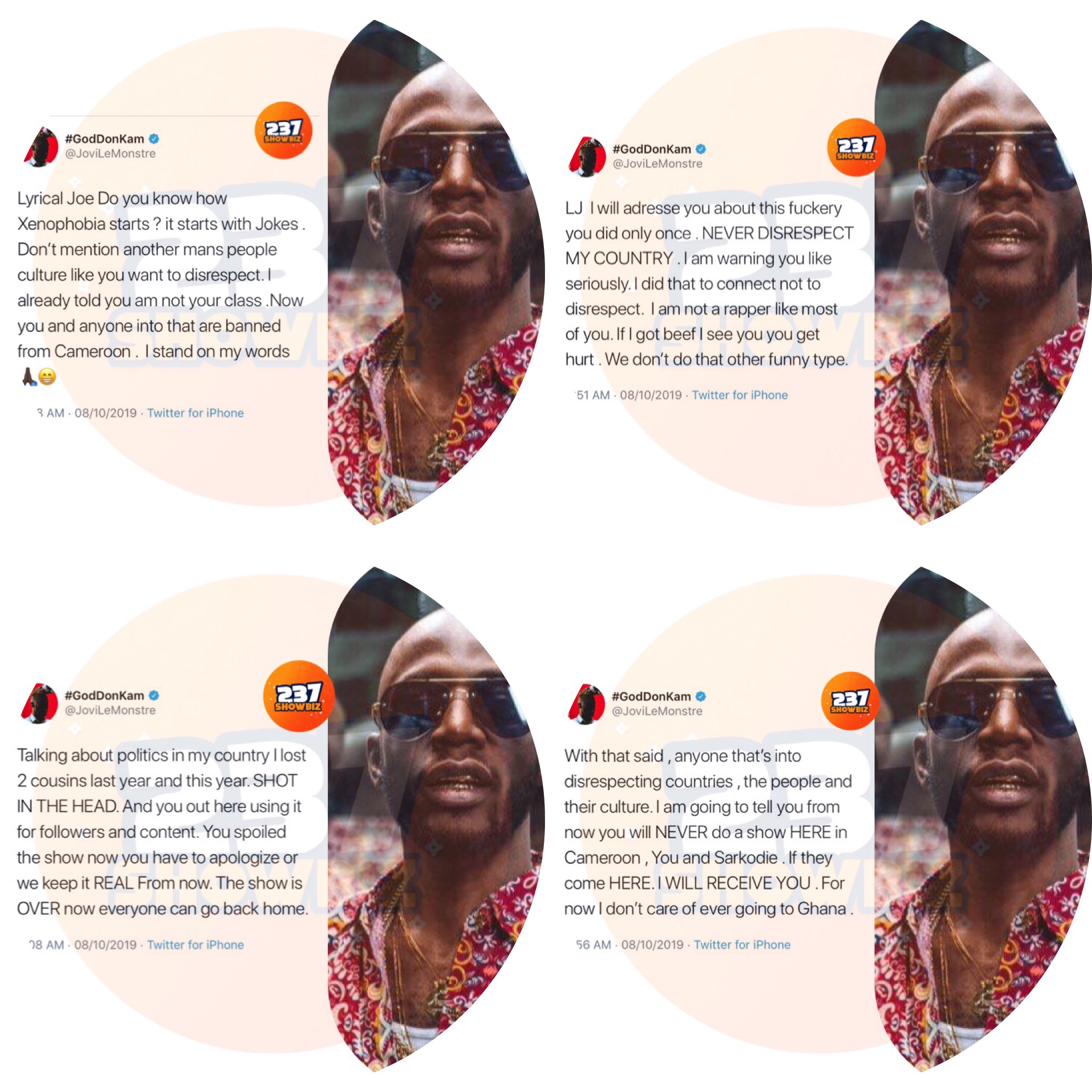 Jovi and Lyrical Joe have been in the spotlight for a while. Both musicians have been attacking each other via tweets. Could this recent song diss be the straw that broke the camel’s back?

Unfortunately for buzz lovers, it’s a NO, since upon recognizing his “misplaced“ diss, the Ghanaian beseeched peace to reign. He tweeted: “Alright y’all calm down it’s all rap. I’m sorry if I stepped on your country the wrong way, peace.” See tweet below 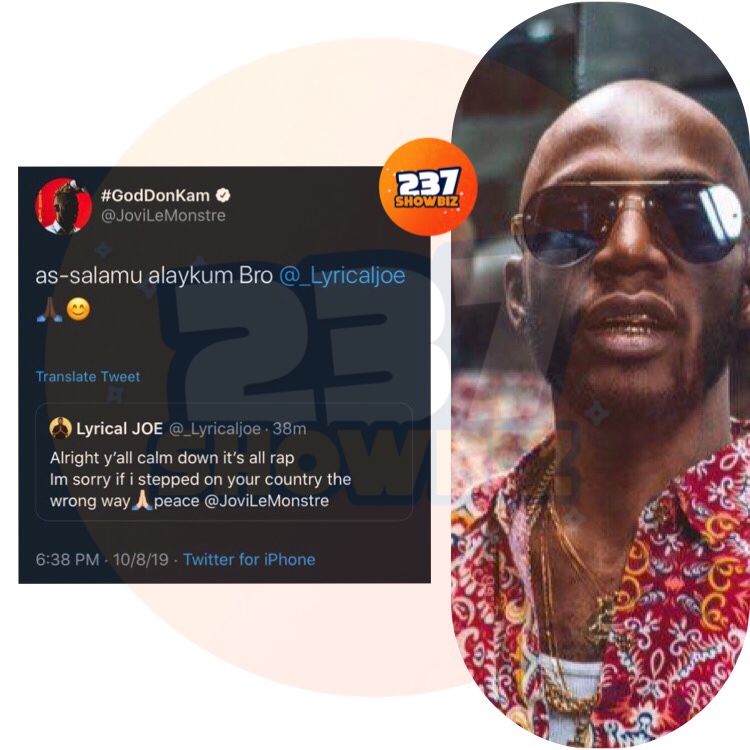 Although Jovi seems to have pardoned the youngster after threatening to ban him and fellow Ghanaian Sarkodie from performing in Cameroon, other Cameroonian rappers still feel his apologies aren’t enough. Some fans reacted by saying he should take down the video from YouTube to express a sincere apology. Lyrical Joe later tweeted to say he apologized to the nation and not the country. These words seem to mean that this fight will last longer than we expect it to.

What are your thoughts? Is the Ghanaian rapper worth the attention ? Should Cameroonian rapper use this as a means to exercise their “rap muscles” ?