Dolly Pearl releases his brand new song titled “CADO”. Dolly Pearl, is  an Afrobeat  artist from Bamenda, Cameroon. His last song “Sorry Sorry” featuring the legendary Richard Kings was produced by one of Cameroon’s finest producers – CFX,  and was well received with very good reviews from some of Cameroon’s top entertainment/music blogs and sites as well as Radio DJ’s and Media Personalities. “CADO” is derived from the French word Cadeau which means ‘gift’. It is a flirty and catchy song with Dolly Pearl displaying his love to his ladies and wants to give them CADO. The song which shows off some cool instrumental sounds and beats was produced by Moulah, with rhythmic guitars played by Simplice and bass guitar played by CFX. This song leaves nothing untouched as additional production was done by DJ Cliff and additional back vocals was done by Blue Jay Kings. “I feel special and excited about this particular song and the video – CADO. The energy that surrounds both the song and video is positively great.” Dolly Pearl reveals.  There is no doubt that CADO which also features Daddy Black will hit the music scene with a bang while keeping Dolly Pearl’s fans fascinated by the beautiful visuals of its video which was directed by Yonka. The song which was mixed and mastered by Mr. Melody is aimed at appealing to Cameroonians and Africans as everyone can relate to falling in love or loving that special person. Dolly Pearl who was styled by Wizklif Designs shows his love of African fashion with the generous use of bold colorful African Prints which is eye catching. CADO is now playing on several popular TV Channels such as; Canal 2, Boom TV, Hip Hop TV, Playlist and LTM to name a few. Watch, Enjoy and leave  a comment behind. 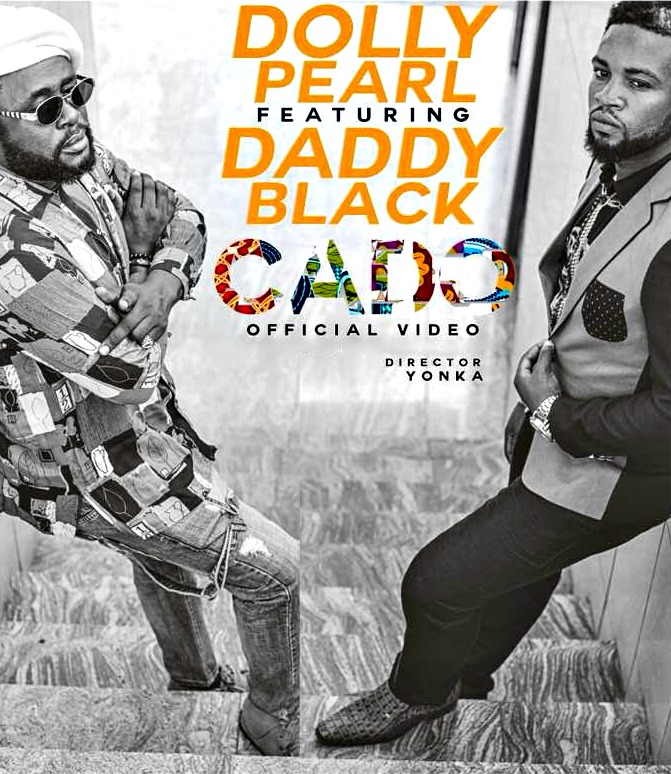