Today  has been a historic day in the History of Cameroonian Urban Music. Tenor one of the fastest  rising stars  Out of Cameroon today became the first Urban artist to ever be signed to Universal Music Africa. The Rapper  who has been receiving Congratulatory Messages from alot of fans and the media seems like he will be getting in trouble  sooner than expected. Dex Willy, his Former Boss of the Label War Machine, has released a Document which he will use to Sue Tenor and Universal Music africa for  Music Rights(Royalties ) and the Unexpected departure from the label without any explanation or reason. It should be noted that during the Press Conference, neither Tenor nor his manager made mention or payed some respect to the War Machine Music Label, which was the label he was signed to before his hit song Do le  Dab. From what was being said, Tenor’s first video was financed by His mum who was also present during the Press Conference. Anways with all said there is some unexplained feud between the two since the young act decided to quit the label some months back. Either Dex Willy or Tenor has some explaining to do in Court. HAve a look at the Document below, and leave your thoughts behind.- 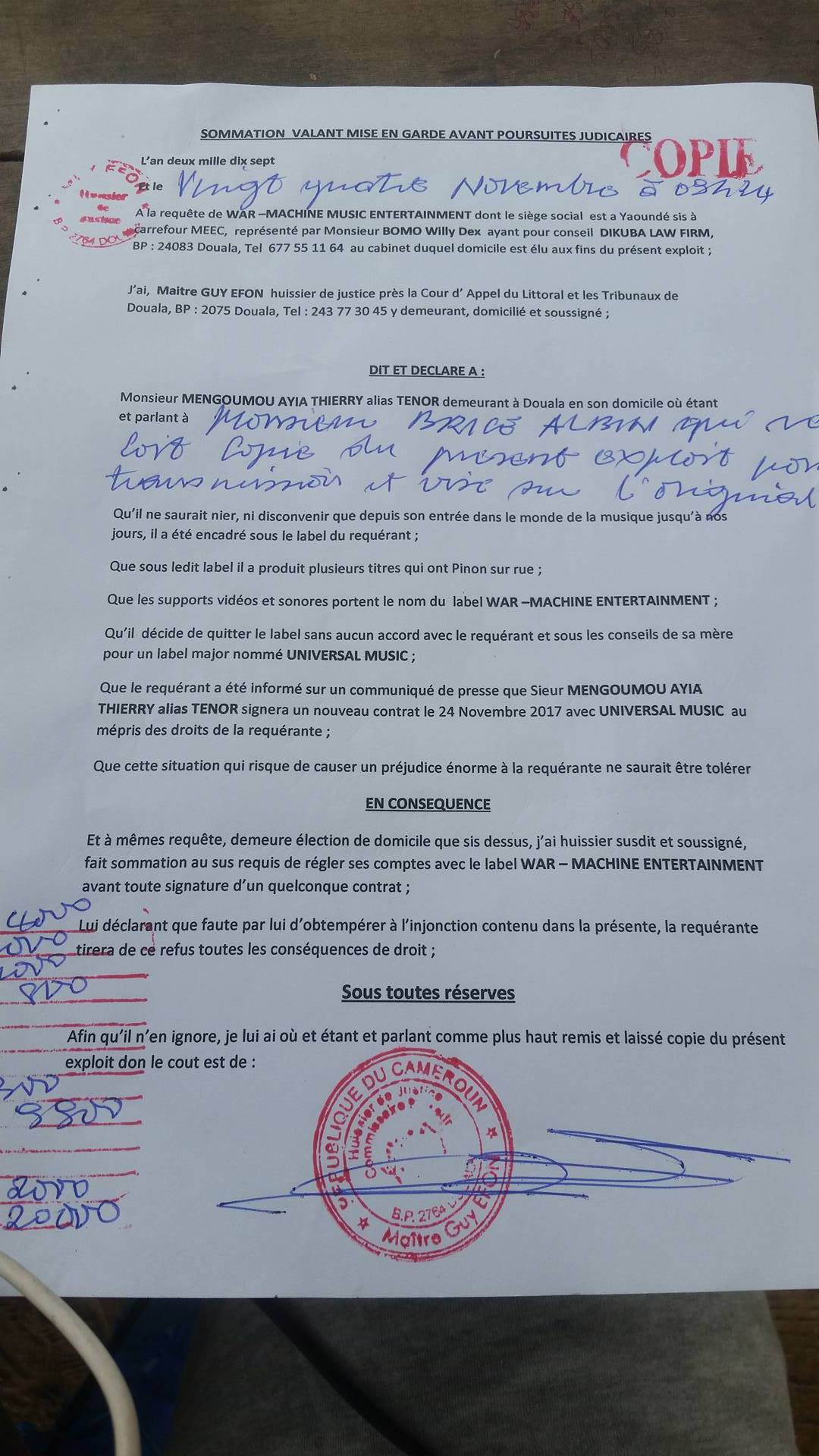