Another Free EP From Jovi, How Does The Rapper Make A Living?

With his previous studio album 16 Wives which happens to be his third as well, Jovi’s 16 Wives stood out as one of the Best Selling albums on BandCamp.com from Cameroon!

As the Mboko God prepares to serve his fans with his fourth studio album, which seems to be a full course meal, he entertains his fans with an EP which he titles “God Di Kam” the EP made up of 7 tracks is a dessert for you to get your ears busy while waiting for the album set to drop on the 16th of February 2019

The full EP will be available online as from 4:00PM Cameroon time. However, fans are already having a taste of it on platforms like Spotify and ITunes 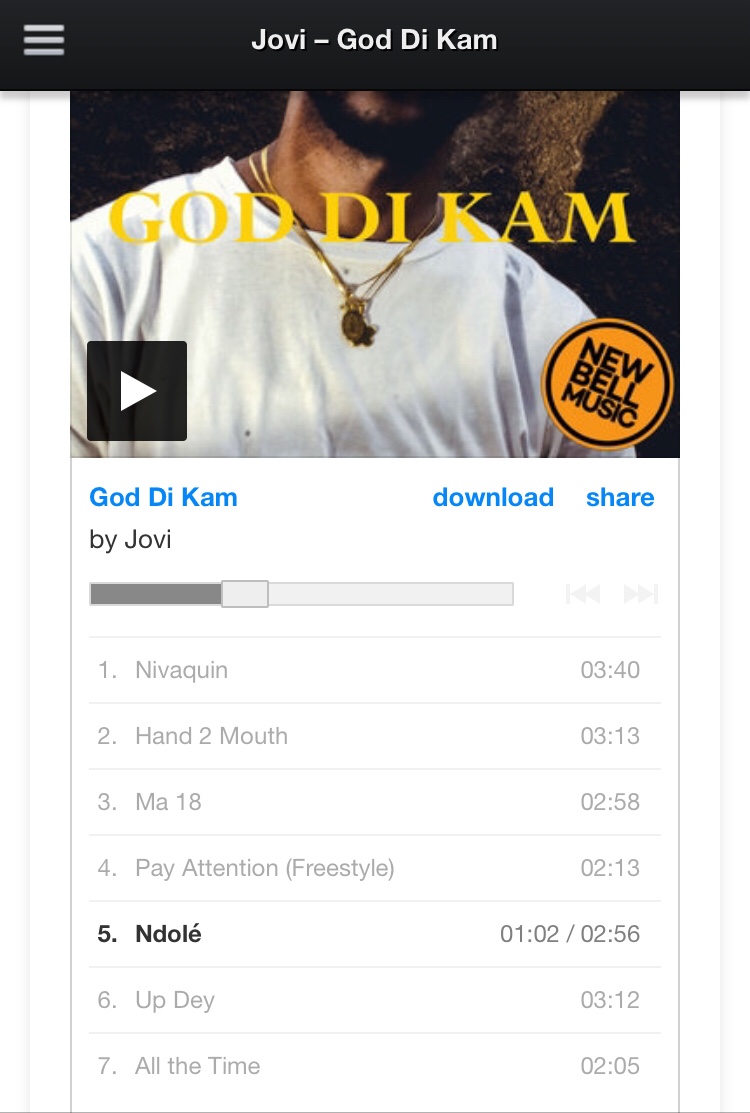 Jovi releases a new 7-song EP God Di Kam. After producing five EPs in 2018: Express Vol. 1 and Express Vol. 2 for Reniss, Wild Fire and No Holidays for Tata, and the compilation Tropical Vibes Vol. 1, Jovi returns to bringing fans his own original music. In addition to producing albums for artists under his own label, the multi-talented songwriter released several singles and videos of his own last year, including the hit song “Ndolé”. The self-produced God Di KamEP keeps it fresh with six new songs, and Jovi keeps true to his multilingual roots, rapping in English, Pidgin, and French. Under his producer pseudonym, “Le Monstre”, Jovi maintains his “Mboko” style—fusing musical traditions from Cameroon, Africa and around the globe, with edgy, inventive, and witty punchlines.