Cameroonian DJ Wazabanga Says He Won’t Play Songs Of Camer Artistes For Free Anymore! Do You Support His Decision?

The month of May is ending in truth style. Not only bloggers, event organizers, promoters and photographers are calling out artistes, but also DJs have joined the queue to air out their grievances. One of Cameroon’s most popular DJ’s in the English Speaking regions known by his stage name DJ Wazabanga took to social media to express his worries about how Cameroonian artistes have been treating DJs. As one who has been promoting artistes for free all the time by playing their songs for little or no pay, According to Wazabanga, already made artistes will hardly support the younger ones, neither will they patronize DJs for the support they show to them. He added that he was disrespected by an artiste/producer who handed him 2000CFA, that’s about $4 as payment for promotion. Feeling shocked and disrespected, the DJ has decided to stop promoting for free.
Below is a screenshot of his post. 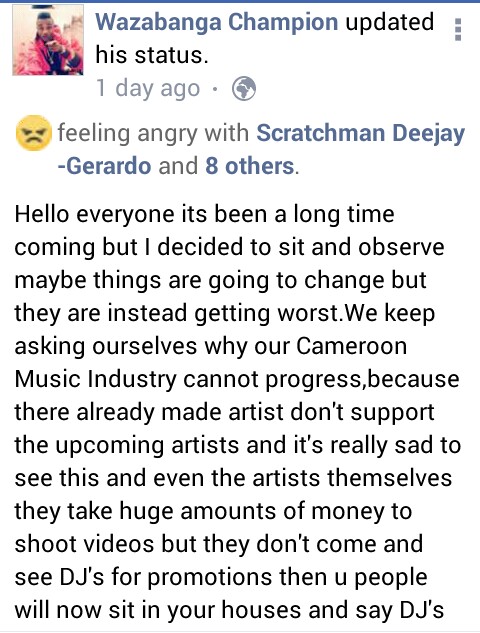 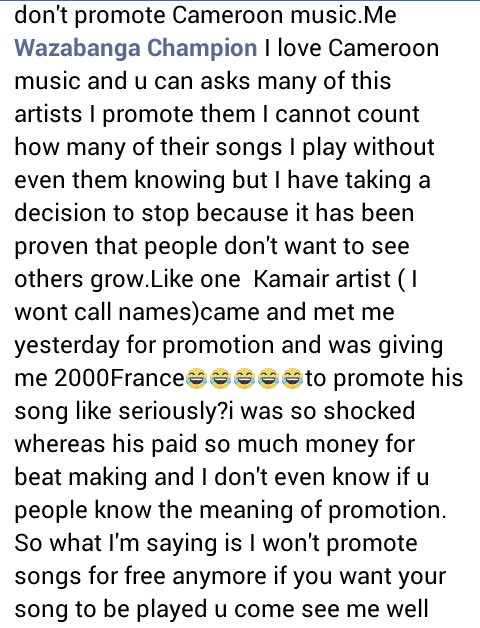 Looking at the screenshots, this happens to be a one man show as fellow DJs haven’t joined the movement yet. As a matter of fact, another DJ, Mbatuku Gaston known by his stage name as DJ Dertsman who happens to be the president of DJs reacted to Wazabanga’s post by saying otherwise. See screenshot below. 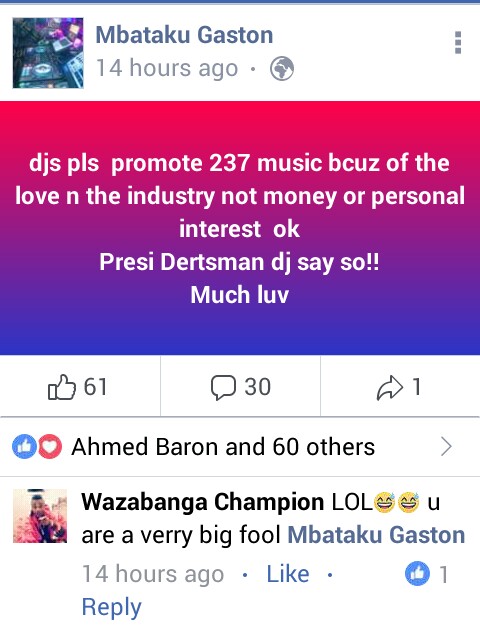 All in all, the law of support your own happens to be a myth as everyone seems to be complaining about how people keep receiving but don’t want to give. What are your thoughts about this!