You see, the things you might find disgusting and unpleasant could be very interesting and worth the precious time of another person! Hence the saying « One Mans Meat Is Another Man’s Poison »

Taking into consideration the hottest artiste at the moment, this man needs no introduction as his music has not only been the talk of the first few months of the new year, but it has been the ringtones and call back tune of many phone users and MTN subscribers in the past few days.

His catchy chorus of his hottest single Foup Fap has earned him a lot of positive attention, rapid rise to fame and shows lately more than any other Cameroonian artiste of his age group! He has been to many TV shows and made headlines in a good number of concerts. While most of his fans constitute a great number of Cameroon’s youthful population and have great admiration for his sense of humour, dressing and dance moves, his fellow colleagues who ought to shun more light on him think otherwise.

In a report on Canal2 International, one of Cameroon’s most viewed televisions aimed at spreading the success story of the singer Nyangono, many were asked to give their opinion on what they think about the artiste and why people love him this much. One of the old school artistes who gained a pass to air his mind Jean Pierre Essome said to him, « Nyangono Du Sud artistiquement, c’est un Mauvais Produit » he went as far as saying that and I quote

“those who are fans of the Foup Fap singer are hungry Cameroonians who have been in misery for a long time and if they find anything that can bring out a smile for just a minute, they rushed for it wholeheartedly »

This statement caused fans of Nyangono Du Sud who call themselves « Nyangonito & Nyangonita to reign curses on the veteran artiste! Below are a couple of screenshots of their comments! 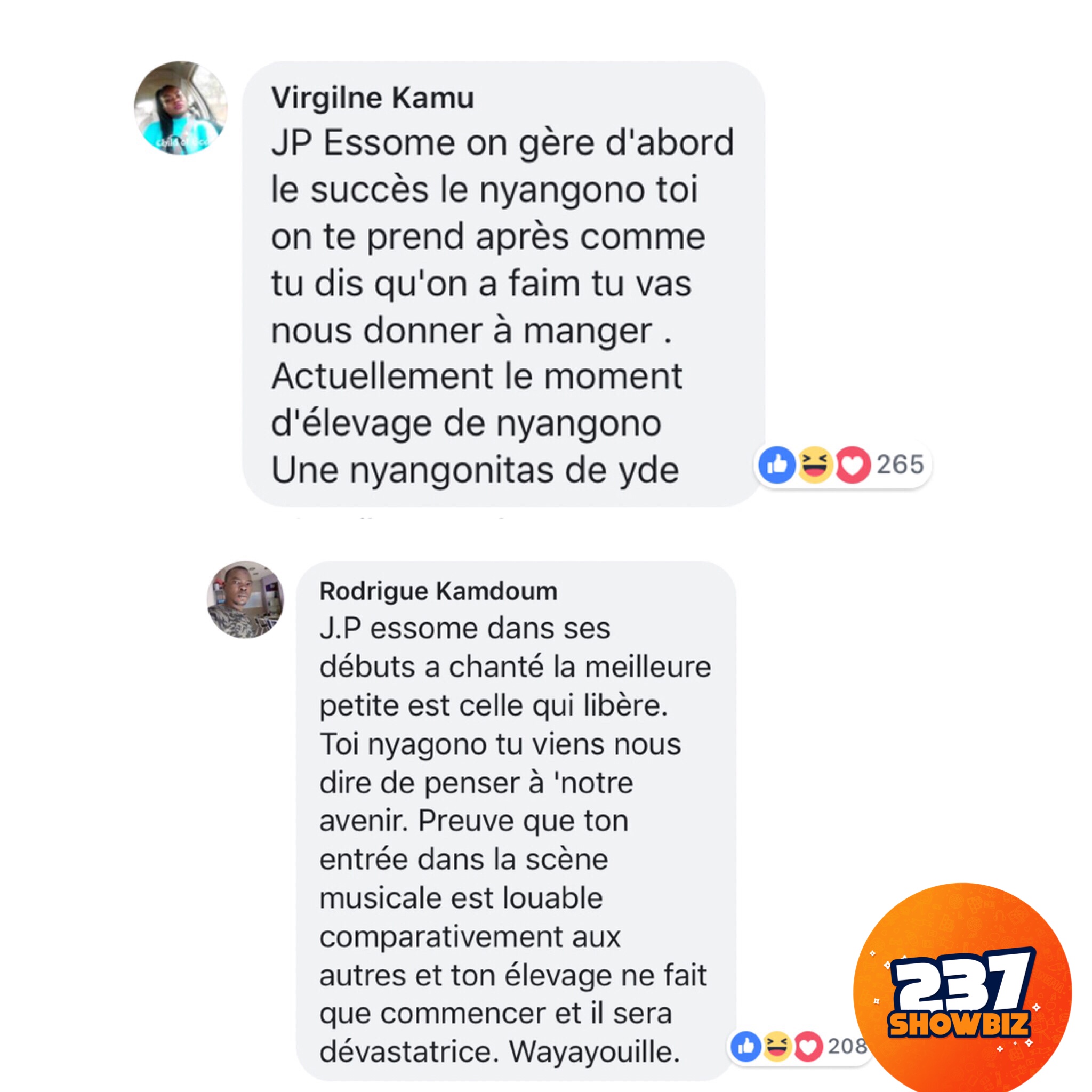 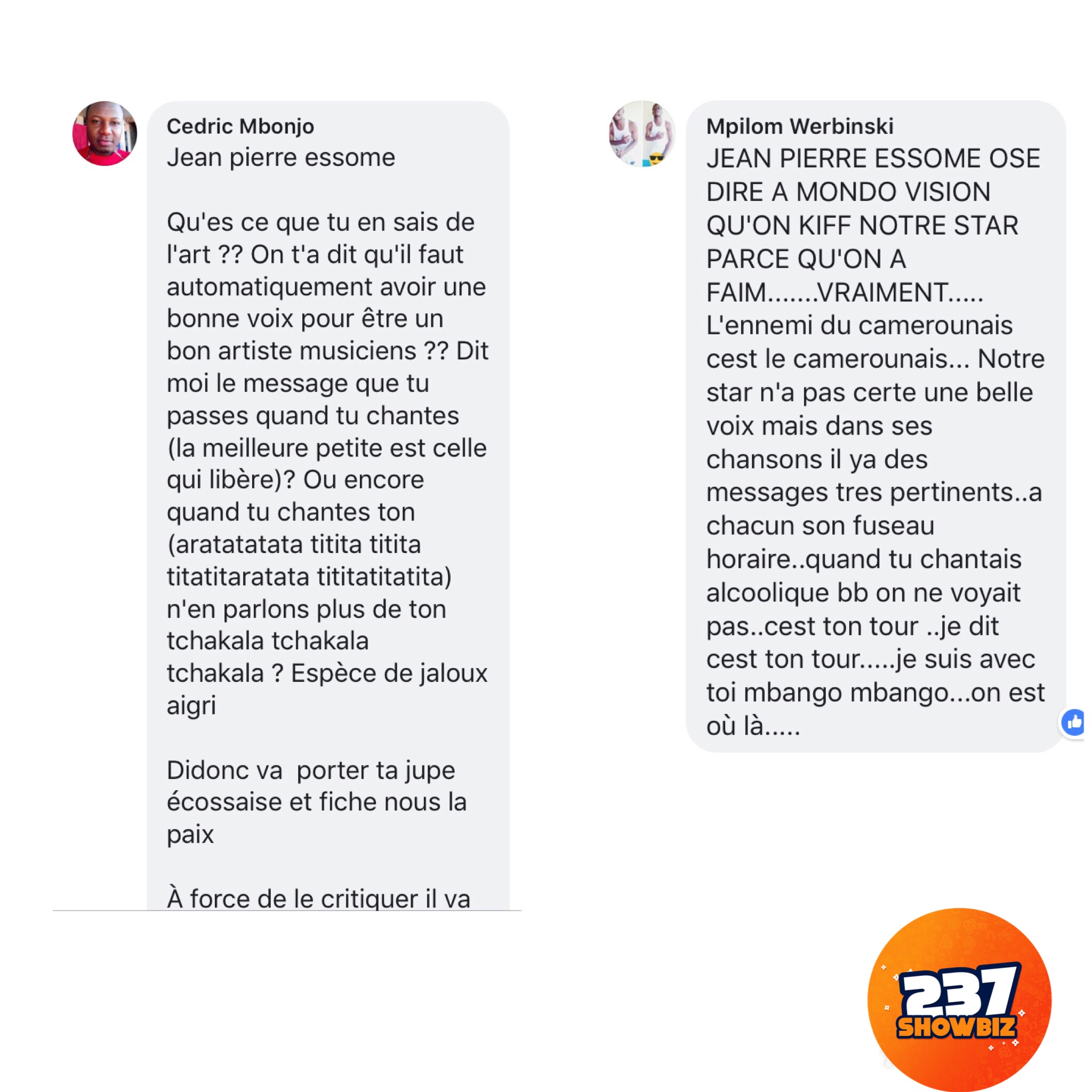 These comments are just a few of what the singer received after he made those comments on Canal2 International. It will be interesting for us to bring to you an excerpt of the video before our last screenshot of the curses! Watch the video below! 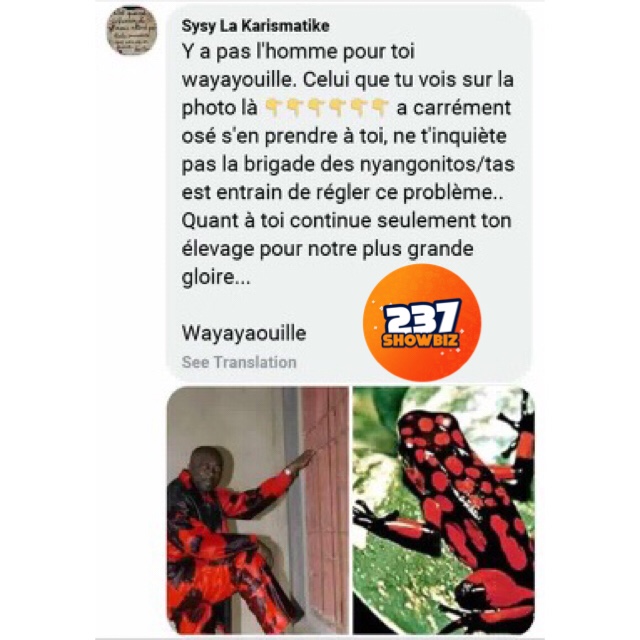 What do you guys think about Jeanne Pierre Essome’s reaction to Nyangono as an artiste.

Drop your thoughts below!