Highlights Of Round One Of The 237Showbiz Music Competition!

August 1st was the date picked aside by Cameroon’s number one entertainment website to commence Season II of the prestigious 237Showbiz Music Competition. This season’s competition and number of contestant came with double figures in almost all aspects of the entire competition, be it the number of contestants, number of rounds to go, cash prize & lots, beat producers and the ever engaging fans. The first round graced us with beats from. Of Cameroon’s extremely talented producers such as Edi Ledrae, MrMccoy and Eno On The Trck.

With over 120 contestants who registered to battle for a cash prize of 300.000CFA, a collaboration with an A List Cameroonian artiste alongside a video directed by an A List director which our team promised will be made public as we get into the finals of the competition, not forgetting a one month promotion scheme by our platform to promote the winner’s collabo and video with the said artiste and director respectively.

Many thought the sole purpose of the 237Showbiz Music Competition was to strive to become the best and why not grab the 300.000CFA and flee. However, other contestants although having their eyes on the money are one way or the other using the platform to come out as artistes for the very first time.

The likes of 8 year old KOWAN from Bamenda whose video for round one of the competition went viral and rose up to 42.500 views few days later his videos began airing on some TV station such as Equinox TV. It is no doubt he stole the show for the first round of the competition.

However, the second round of the competition which happens to be the semi-finals kicked off on the 1st of September. With over 30 contestants battling to get to the finals of the competition, we shall be forced to accommodate only 10 finalists for the last and final round. All 30 contestants were given 10 days as from the 1st of September to the 11th to submit all their videos.

The finals of the competition kicked off on Sunday 21st October 2018 and contestants have a maximum of two weeks to submit their final projects which will be published on our Facebook page for voting and viewing! 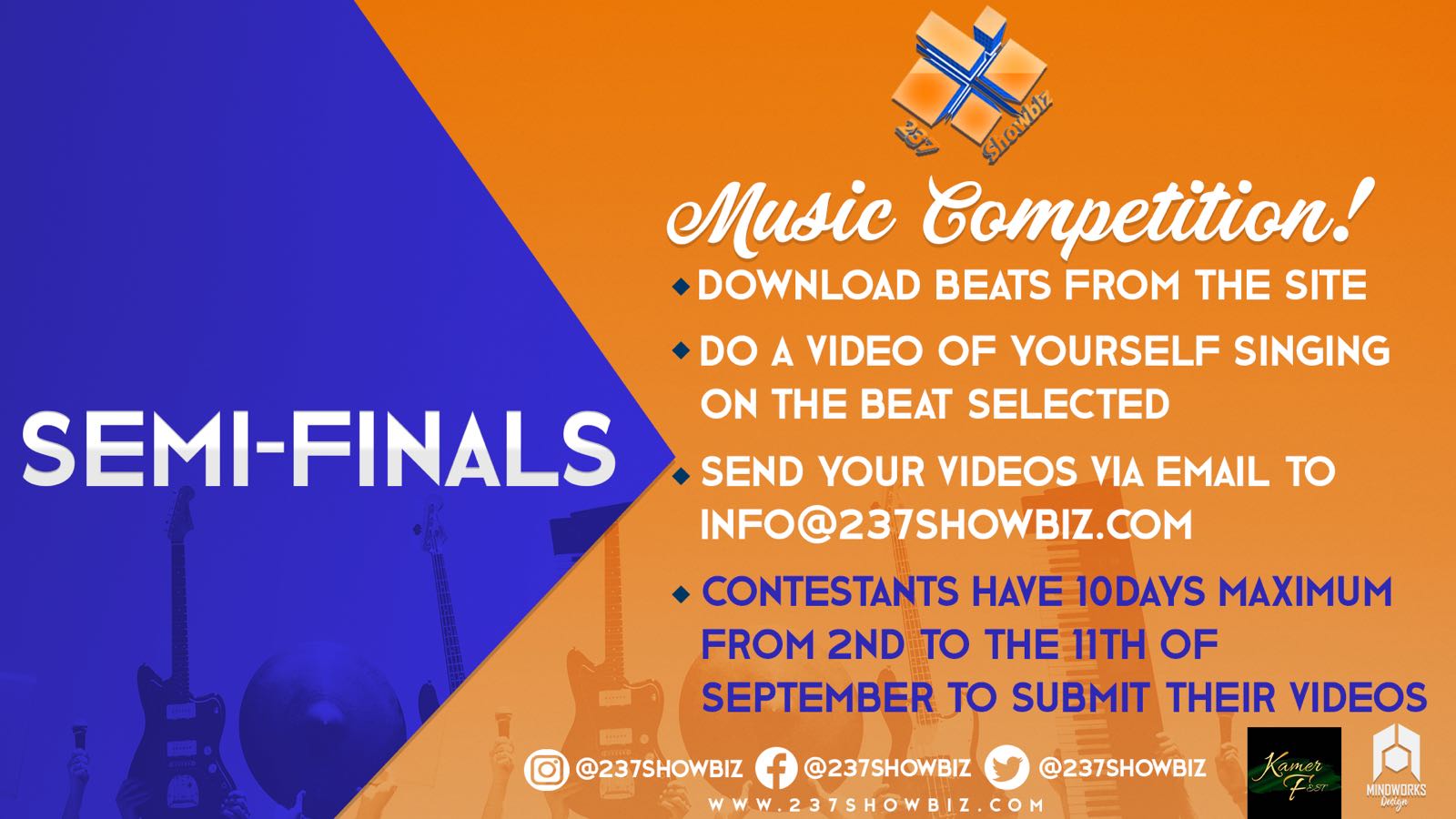 The heat is on! Our official Facebook page www.facebook.com/237Showbiz/ is the place to be from now on if you are just joining us to get thrilled by the very talented Cameroonians. Your votes will count, verdict from the judges will conclude the performances.

It is worthy to note that the 237Showbiz Music Competition comes up every year. Our goal is to discover hidden talents, give them a platform to start and help them grow by nurturing their careers in the best way we could. When it concerns @237Showbiz, we don’t let you come for the music and the new talents, we bring them to you!
Follow us on all platforms by using the links below!