Saturdays on www.237showbiz.com official Facebook page 237Showbiz is the place every fan and lover of Cameroonian music should be as we always bring to our followers their favorite artistes for a Facebook Live session. A lot of truth, exclusives and gists are always revealed by our guests. You can’t afford to miss that of Blu Nation’s finest Tzy Panchak tonight at 7:00PM 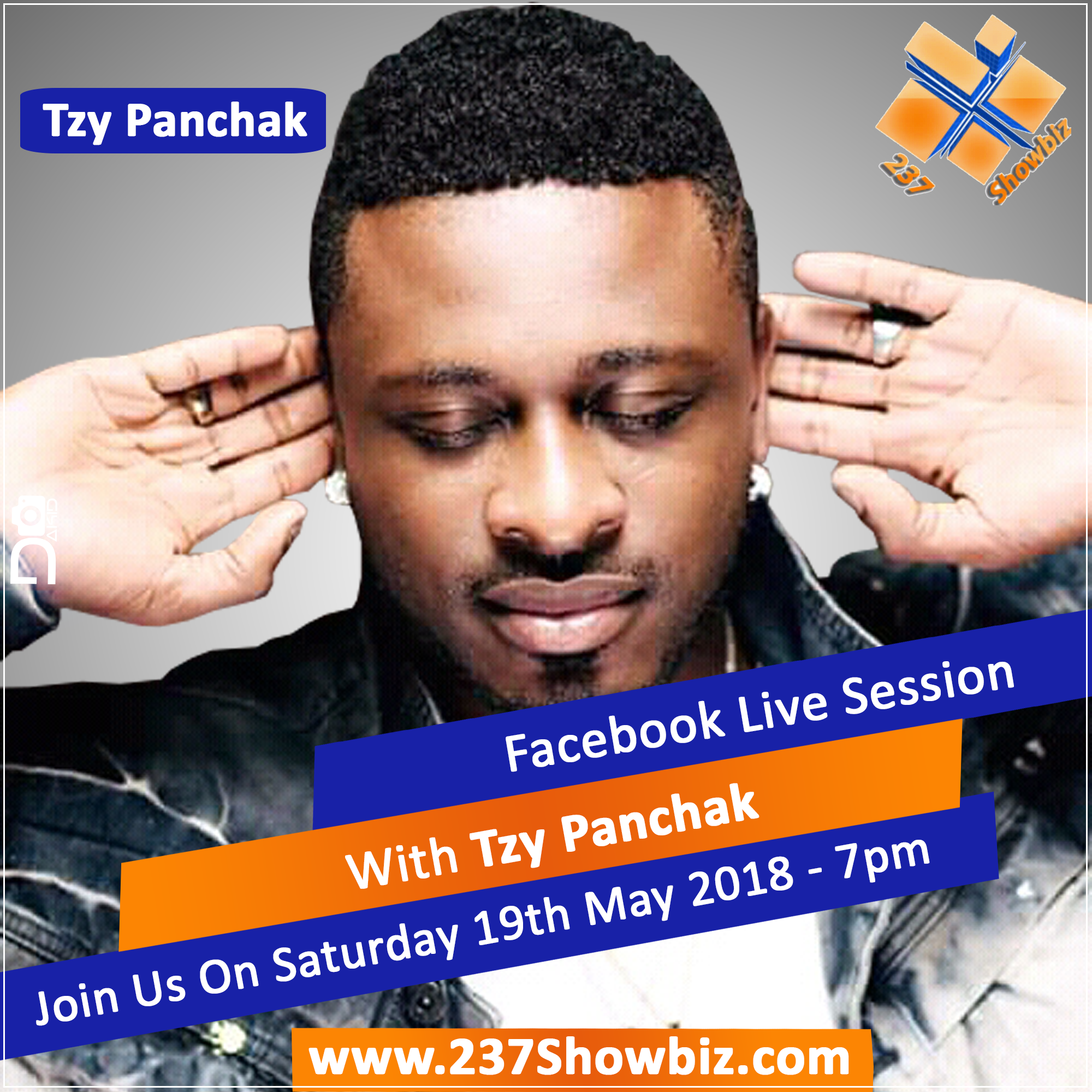 Coming back to to the main subject, two Saturdays ago, we were graced with the presence of Zone2Rap hit maker Maahlox Levibeur who spent an hour with us for the Live session. One of the many questions asked by the fans was for Maahlox to do a collaboration with Jovi LeMonstre, New Bell Music rapper and producer. Without any waste of time,

Maahlox responded saying he has a song he would love Jovi to feature on. Not just any kind of song, one which if he gets a verse from Jovi, it is going to be a very hot track he added. 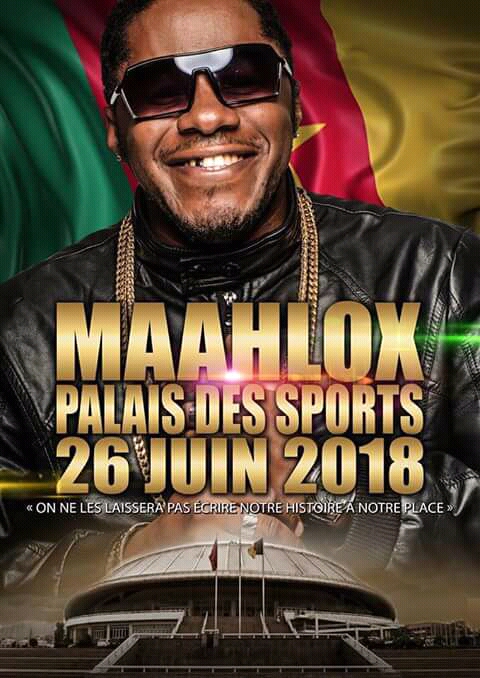 If you ask me, I’ll say this is the kind of coming together with the aim of creating good music we believe the fans want to see. Maahlox and Jovi on the same track is a hit even before a title is set for it. Now question is, who is to make it happen? Answer, The Fans!

However, we all know Jovi has been poor when it comes to collabos outside his New Bell Music territory, this could be a world class hit if he gets on the Maahlox track and as well a good example set for the younger ones to follow making them know togetherness is necessary for bigger success.

The year 2018 seems to be the year of shows, not just snacks and cabaret appearances, but bigger shows held in state of the art venues. Apart from the support Maahlox needs from Jovi on the song, the New Bell Music boss also gave his support to Maahlox earlier today on his twitter and Facebook pages as he plans on filling up Palais Des Sports Yaounde on the 26th of June. 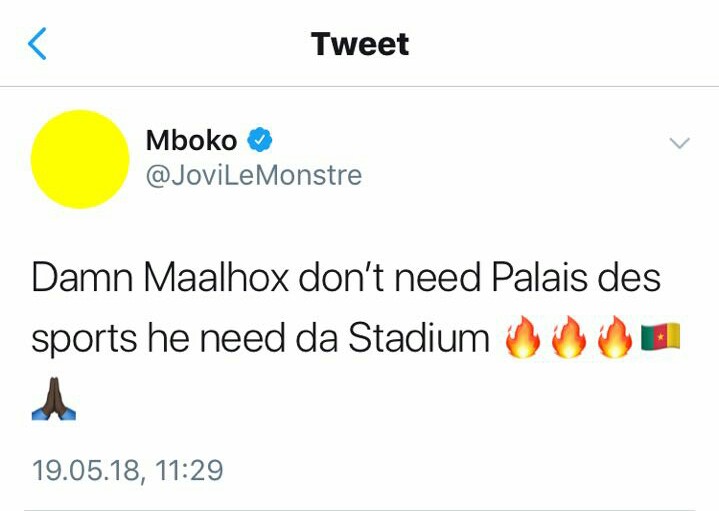 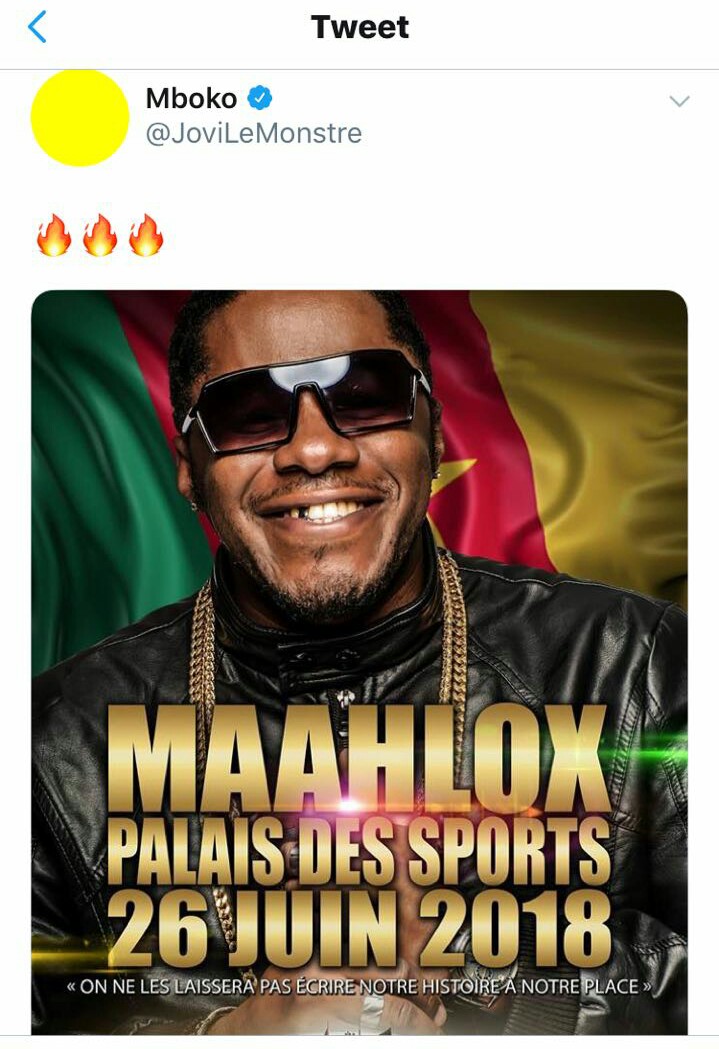 You! the fans have the power to fan the flames of this monster collabo. Jovi seems to have changed and gotten loose some of his tight screws. You can make it happen. Drop your thoughts.