Is Robinson Piffo Calling Out Anglophone Artistes For Being Greedy And Selfish?

Robinson Piffo is the former manager of the late Cameroonian Achalle who passed away some years back. This is the best way we could actually describe him after he took to his social media (Facebook) to call the attention of his fellow francophone managers, producers and artistes. His main reason being that the English speaking artistes are slowly taking over the “game” by being united and doubling the prices of beats production, video shoots and other services when it comes to francophones.

Piffo also made mention that the English speaking artistes are succceeding because most of them hail from the slopes of Mount Cameroon and Buea being the heart of entertainment, they are bent on seeing everyone succeed. He threw a lot of words in the air, we picked them up, gathered them for our readers. These are some of his words; 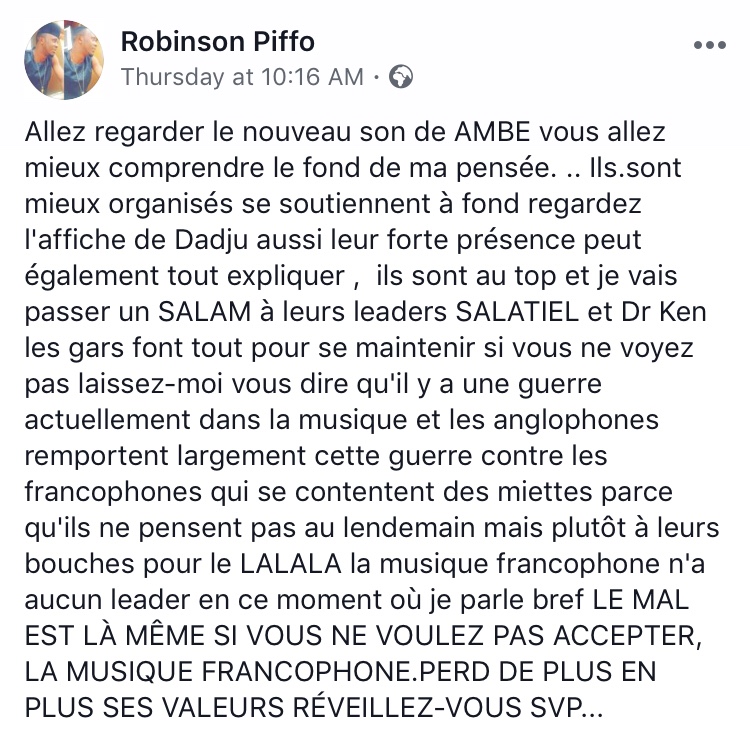 In terms of collaborating only amongst anglophones, Robinson Piffo gives Ambe’s Na 4 Bafut collabo as one of the main reasons of how the entertainers from the English speaking parts of Cameroon work only amongst themselves. This all star remix features Alpha Better Records including Askia, Magasco, Ambe, Boy Tag, Tzy Panchak and Blanche Bailly. According to Robinson Piffo francophones have nothing to do with going to Bafut.

Other screenshots of his Facebook rants were as follows 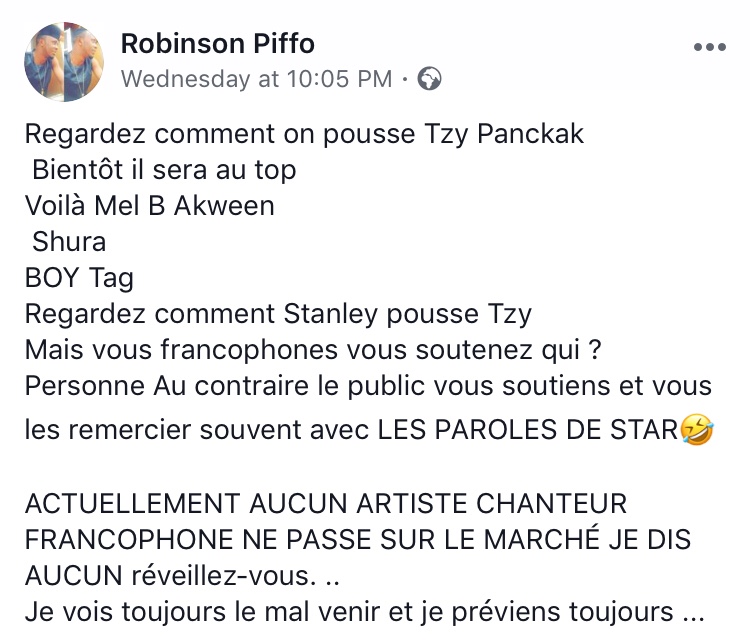 Piffo concludes by saying Minks gave a lot of exposure to Blanche Bailly in her Mimbayeur single which she invited the Ach4Lyfe singer to drop a verse on. Since then, the Cameroonian diva has denied holding the hands of other francophones.

Piffo is simply calling on his francophone brothers to wake up, and keep working together with each other, but it seems he is just throwing water on a duck’s back looking at the last screenshot below.

What do you guys think? Drop your comments let’s discuss this.