Magasco Fans Confused As He Announces Another Concert Clashing That Of Stanley Enow!

Bamenda Boy Magasco has thrown his fans into confusion as they all seem lost on which show the singer will finally show up come February 11th. It is worthy to note that the singer made it public when he took to his social media last Wednesday to announce his presence at the Stanley Vs Enow concert come February 11th.

Few hours ago, the Wule Bang Bang crooner still took to his social media to share another poster and annoucing his presence on thesame date 11th of February 2020 in Banganté alongside MiNk’s, MIMIE, Cabrel Nanjip and Nyangono Du Sud who is also in line of artistes set to perform at the Stanley Vs Enow concert.

Fans have been reacting by asking Magasco which concert he’s gonna be, West Region Banganté or Littoral Douala ? The singer is yet to make an official statement about it. See both posts below! 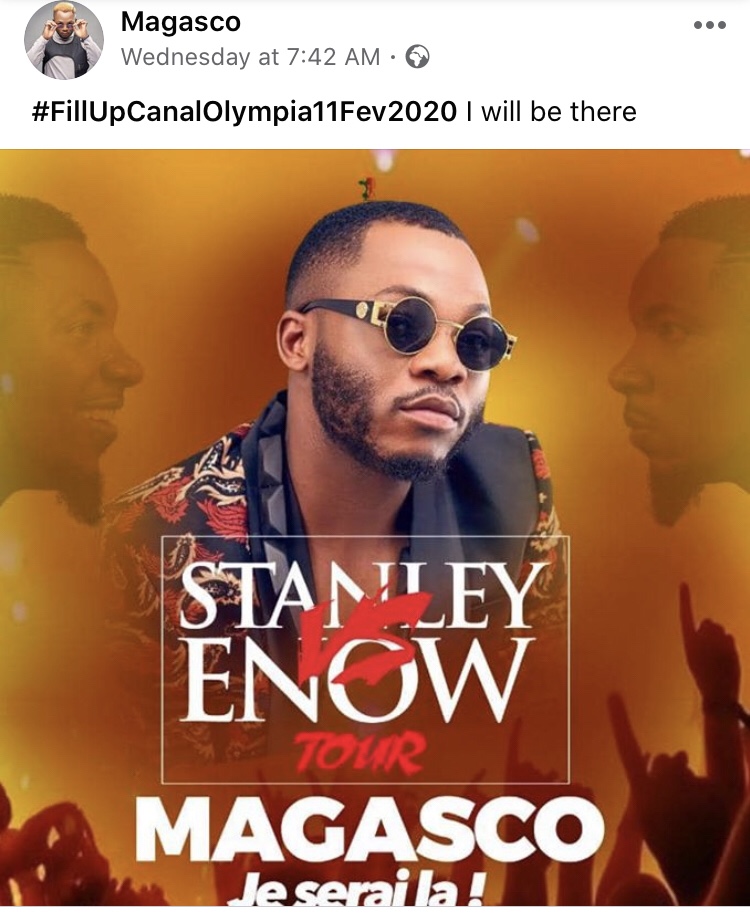 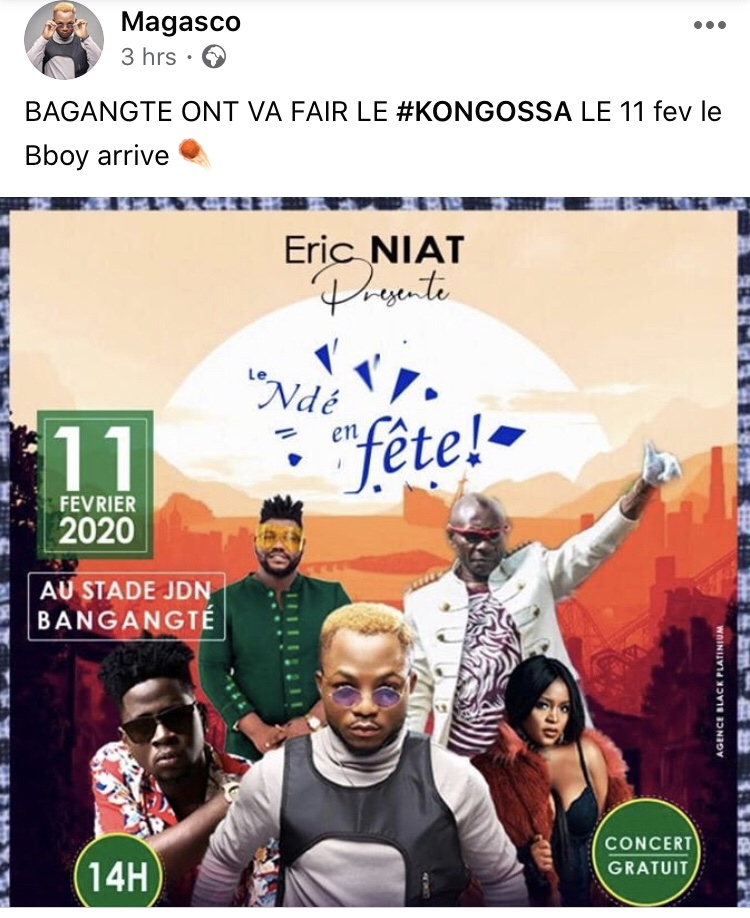