Profiling: Don Franco|237showbiz Music Contestant No. 108|Get To Know More

Born Franck Fopa, the young artiste who goes by the stage name Don Franco hails from Bambalang a small village in the North- West Region of Cameroon. Right from his most tender childhood he always loved music and his happiest moments where when he was either listening to music or singing a song. Ordinarily he never considered a career in music and as such he pursued his studies with utmost devotion, that led him to the acquisition of his Master’s Degree and he is now doing his PhD in the University Of Yaoundé I, Ngoa Ekelle.

He started actively considering a career in music when he saw the energy and musical ambiance portrayed in Yaoundé during his early university days there and that alone seemed to convince him that music was the path he should take. Back at home there has always been mixed feelings as concerns his wanting to choose music as a career as his parents have neither ever rejected his desire to career in music nor endorsed it. They have just always emphasized on the necessity for Don Franco to be serious in his education because a good education opens many doors and the door to a successful career in music is no exception. The profiles and biographies of many young Cameroonian artistes who are making it big despite the many setbacks the music industry in Cameroon is facing also serve as a big motivation to him. 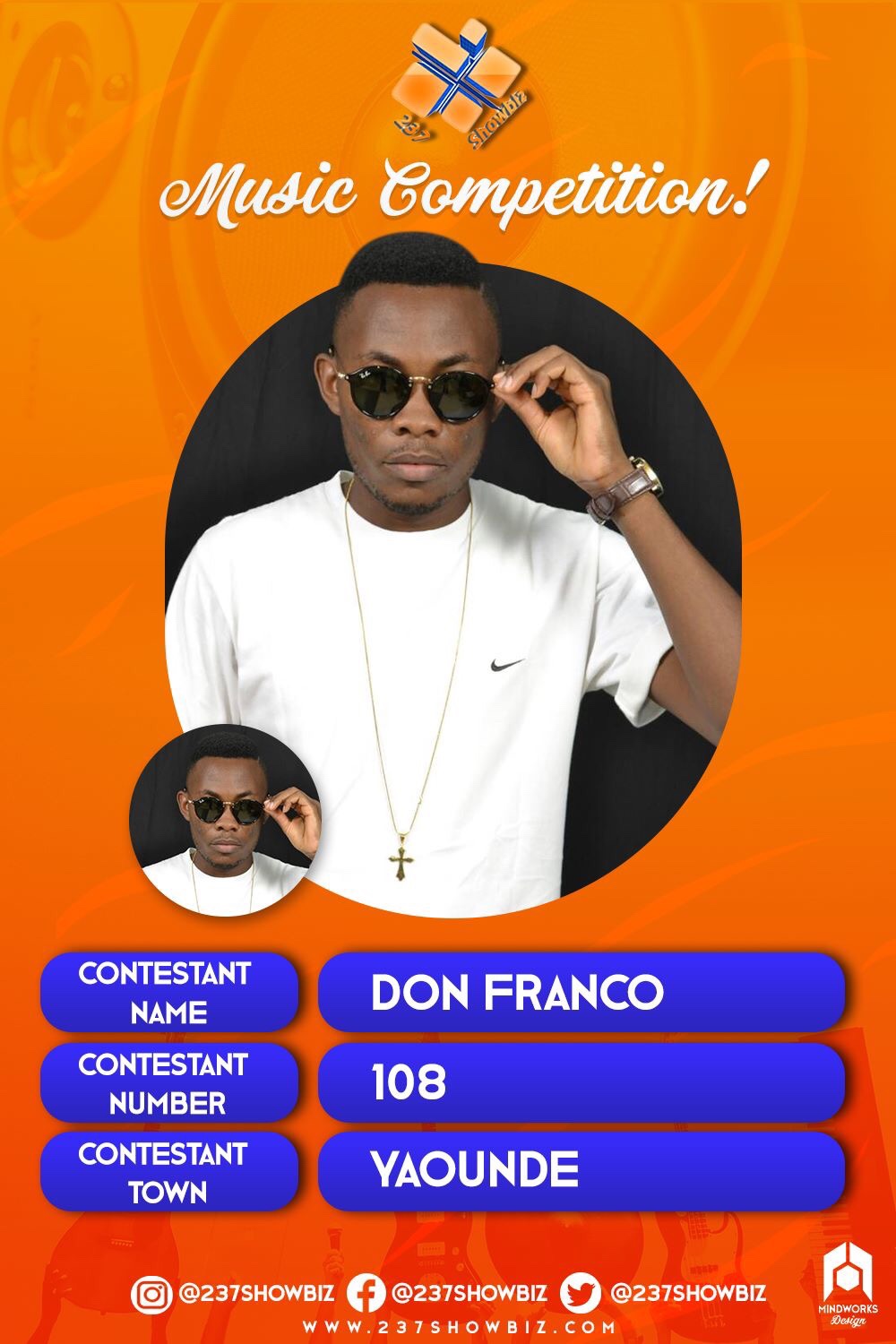 When he started considering music as a possible career option he met with a lot of people that have been or tremendous positive influence to his career such as DJ Aweh Jam Paroll of Master Planner Movement, Dr Sticky of Gallery237 and many others whom he really looks up to and remains grateful for all they have done so far.

Don Franco is equally grateful to all his supporters because it is thanks to them that he has been able to forge ahead and arrive that the finals of the 237showbiz Music Competition. He thinks the competition is a great initiative and he believes that if he were to be crowned winner of this competition, with what he will get from it he will able to push his career ahead and also be able to bring his message through music to the entire world and he encourages all other artistes who believe they have something worthwhile to offer to the crowd to register for the third season of the competition which will be coming up next year.

So to all supporters of Don Franco who have stood by him and pushed him up to this level in the competition, this is the time more than ever to stand up in support for your favourite contestant and make sure he is the one who goes home with the 1st prize at the end of the competition